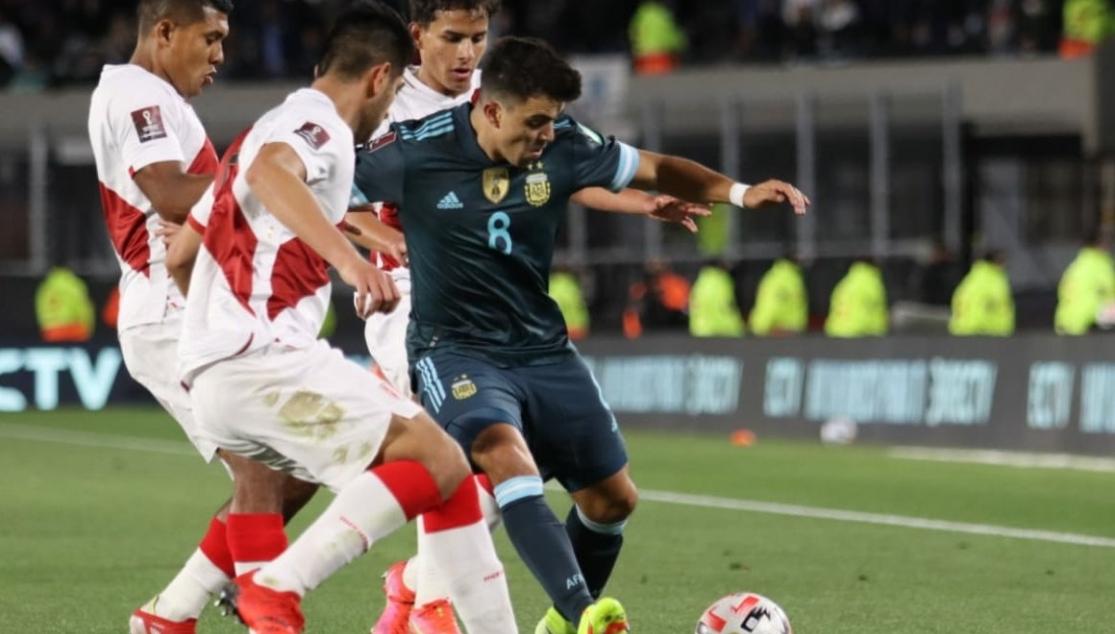 ACUÑA PLAYS NINETY MINUTES FOR ARGENTINA IN THE WIN AGAINST PERU

Neither Montiel nor Papu Gómez featured in the game

Marcos Acuña played the whole 90 minutes for Argentina in the win against Peru in the early hours of Friday morning with Lautaro Martínez scoring the only goal of the game. The left-back, who was a substitute in the first of the three games for Argentina during the current international break, was selected in the starting XI for this game for Scaloni's side.

He did not feature in Argentina's win against Uruguay last Monday, and neither did Montiel nor Papu Gómez. Argentina are currently second in the qualification group for the FIFA World Cup in Qatar, six points behind Brazil.

First team
LOPETEGUI: "WE ARE HOPEFUL IN THE CUP BUT WE KNOW THAT THERE ARE NOT SECOND CHANCES"
Leer más
END_OF_DOCUMENT_TOKEN_TO_BE_REPLACED