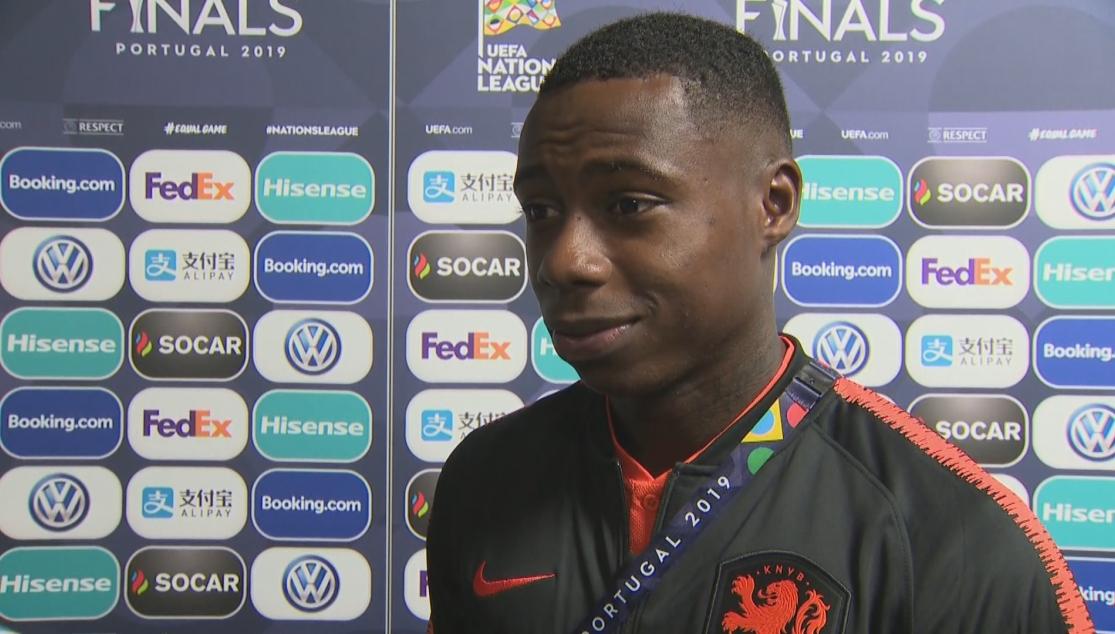 The Sevilla winger came on after the break and made every effort to turn the game around, but the Netherlands could find no reply to Guedes' opener

It wasn't to be for Quincy Promes' Netherlands. The Sevilla FC Dutch international saw his side fall to defeat in the final of the UEFA Nations League, losing 1-0 to Portugal in Porto.

Promes, who last Thursday made a huge impact in the semi-final against England with a goal from the bench, did not form part of Ronald Koeman's starting line-up, but came out at half-time replacing Ryan Babel. The Sevillista made 28 passes, completing 23, but his good intentions were not enough for the Netherlands, who could not find a reply to the goal of Gonçalo Guedes.