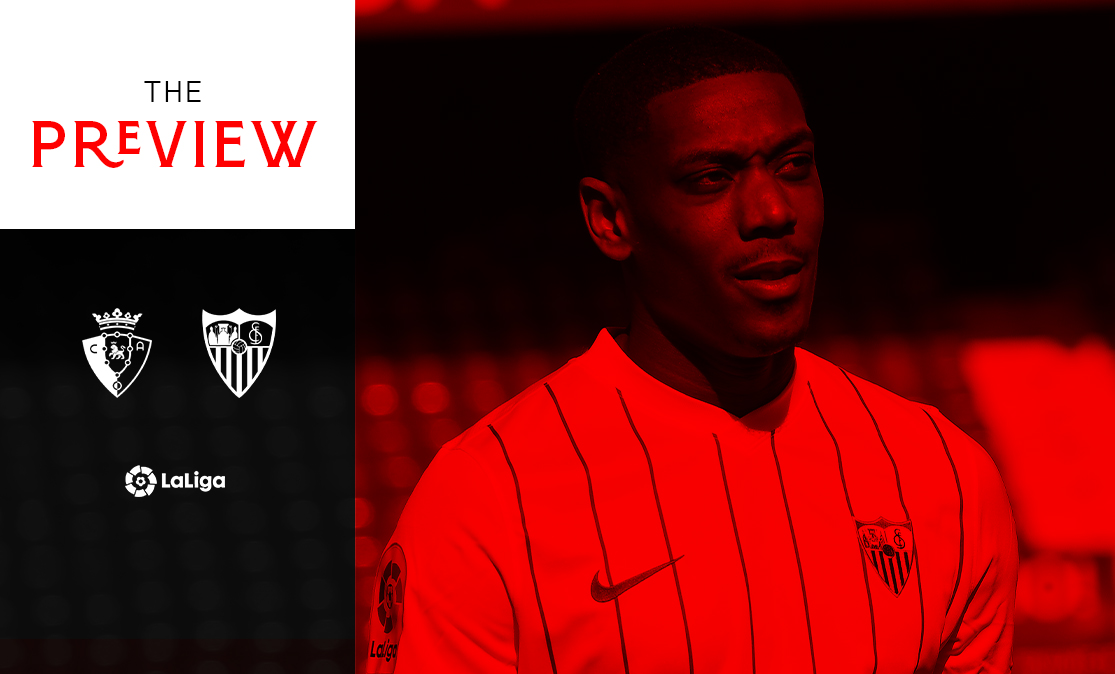 A RETURN TO ACTION AFTER A MUCH-NEEDED BREAK

Entradilla
After two weeks to get players back and make some signings, Sevilla travel to the historically-demanding El Sadar
Cuerpo Superior

After the draw at home to Celta with numerous players out, these two weeks rest were just what the team needed. The rush in getting the Argentines and Tecatito back show that the situation is still far from ideal, but this international break has allowed the team to recover and get more players back. The three Moroccans are back after their involvement in the Africa Cup of Nations, with En-Nesyri's return coming after a long-term injury for the player as well.

The team comes off the back of two consecutive draws against Valencia and Vigo, which means we need to get back to winning ways tonight against Osasuna. We also have an important new arrival, the French international Anthony Martial, who could be given his first minutes tonight in a Sevilla shirt. The Frenchman was one of the big signings of the January transfer window and will have to show what he could do in Seville.

Everyone knows the El Sadar, newly refurbished, is a historically tough ground to pick points up at, although this season a large part of the Navarran side's point tally has been achieved away from Pamplona. For example, when they lost at the Sánchez-Pizjuán, they had been unbeaten away from home. They still have the fifth best away record in the league, which contrasts with their home record being the 18th worst. They have two wins this season at El Sadar, the last of which came in the last game in front of their home fans, against Cádiz. Jagoba Arrasate will be without the suspended Nacho Vidal and Brasanac, as well as the injured Aridane and Areso for this game, although Oier Sanjurjo will be back after recovering from covid.