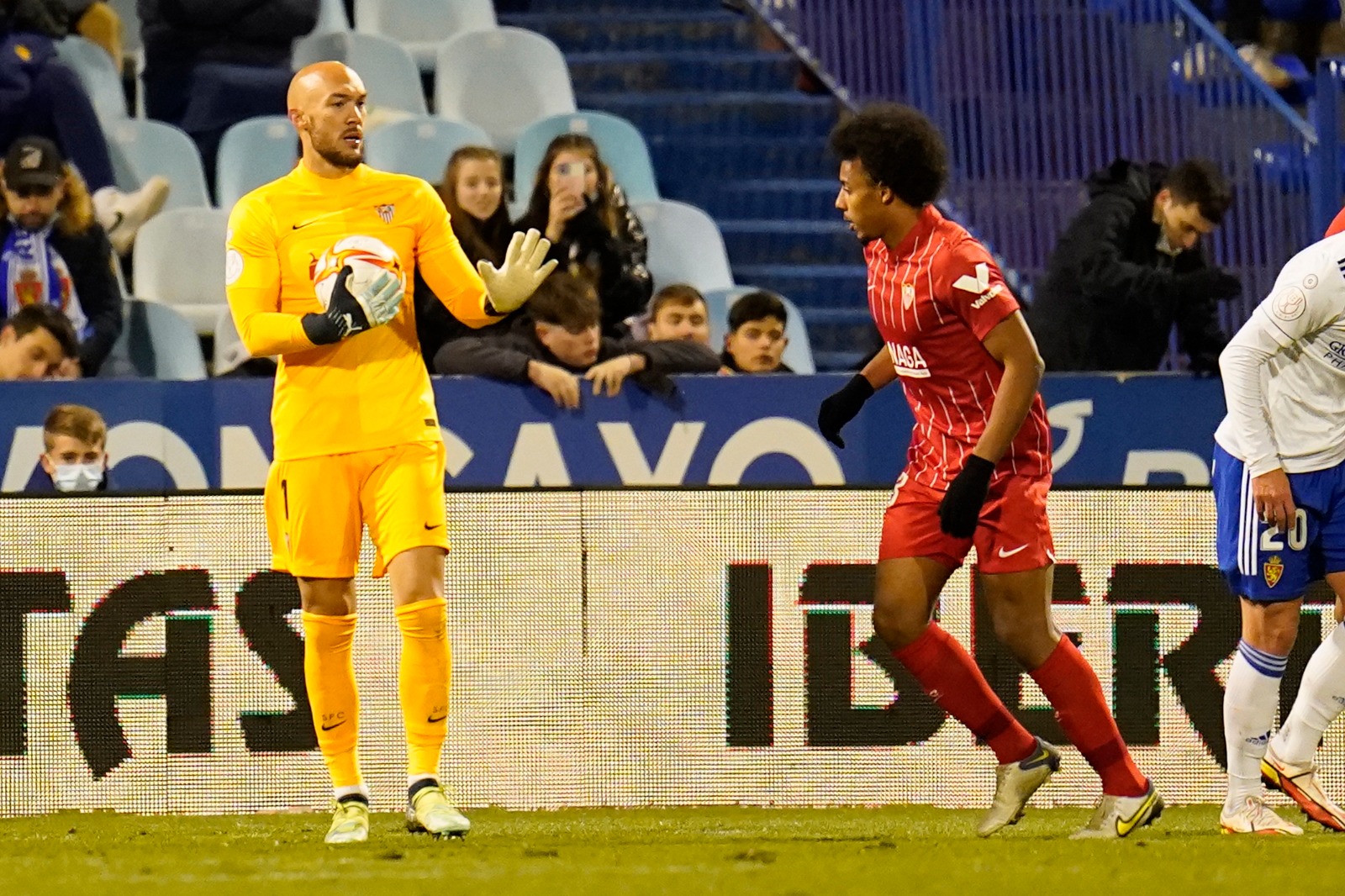 CLEAN SHEETS IN 50% OF OUR MATCHES SO FAR THIS SEASON

Entradilla
The team have kept 14 clean sheets from 28 matches: in Europe's top five leagues, only Chelsea have more
Cuerpo Superior

Sevilla FC are into the last 16 of the Copa del Rey after overcoming Real Zaragoza yesterday evening at La Romareda. Goals from Koundé and Rafa Mir either side of the interval sent the team through to the Round of 16 for the eighth consecutive season. That match in Aragón was the 28th match of the season for Julen Lopetegui's side: 19 in LaLiga, six in the UEFA Champions League and three in the Copa del Rey.

Of those 28, the Nervionenses have now kept clean sheets on fourteen occasions this season, which is half of our matches so far. Bono has kept eleven of them, while Dmitrovic added his third of the season in Zaragoza last night. Ten of the clean sheets have come in LaLiga Santander, while the other four are equally split between the Champions League and the Copa del Rey. No Spanish top-flight side has kept more clean sheets than Sevilla.

Including all competitions, Sevilla FC are second in Europe's top five leagues for clean sheets this season, with only Chelsea FC bettering that tally of 14. However, the Londoners have played an extra two matches in the Premier League, and one more in the Carabao Cup, a total of 31. Also, when Sevilla have not kept a clean sheet, they have conceded more than one in only four matches, and more than two just once, against Levante UD at the Ramón Sánchez-Pizjuán.