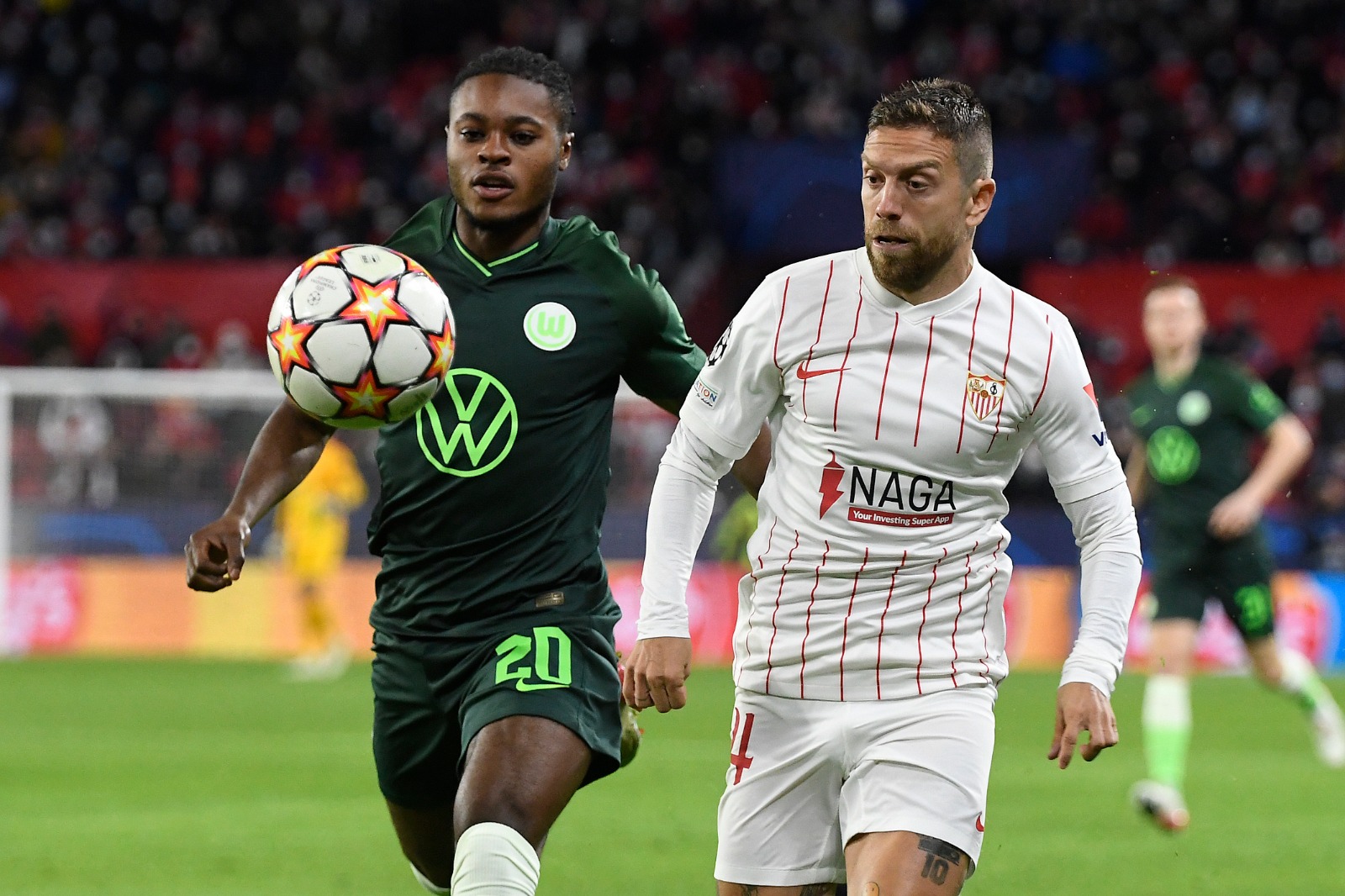 Entradilla
As long as they win, they will qualify for the last 16 and they will be first on second depending on what happens with LOSC Lille. If they don't win they will finish third or fourth
Cuerpo Superior

Sevilla FC managed their first win in the group stage of the Champions League in the 21/22 season, keeping their hope alive of reaching the last 16 of the most important continental competition. The 2-0 win against VfL Wolfsburg keeps their chances alive and their fate is in their own hands to advance to the next round. In Salzburg, on the final matchday Julen Lopetegui's squad will try to book their ticket for the two-legged games. Firstly, only a win will do in Austria to reach the last 16 and no other result will suffice. If Sevilla FC get the three points, they will be first if VfL Wolfsburg also win at home against LOSC Lille, where it is worth highlighting that the Germans will go through to the next phase if they win against the French side. On the other hand, it Sevilla win against Salzburg but LOSC Lille get a point, they will finish second.

Also, it is possible to finish the group stage in third, in the UEFA Europa League places, or in fourth place. If the white and reds get the same result as VfL Wolfsburg, that is drawing or losing, Sevilla FC will finish in third to reach the UEL. However, if Sevilla lose in Austria and Wolfsburg beat Lille, that scenario would mean goodbye to European football in Nervión this season.

-Will finish first if Sevilla win and LOSC Lille lose