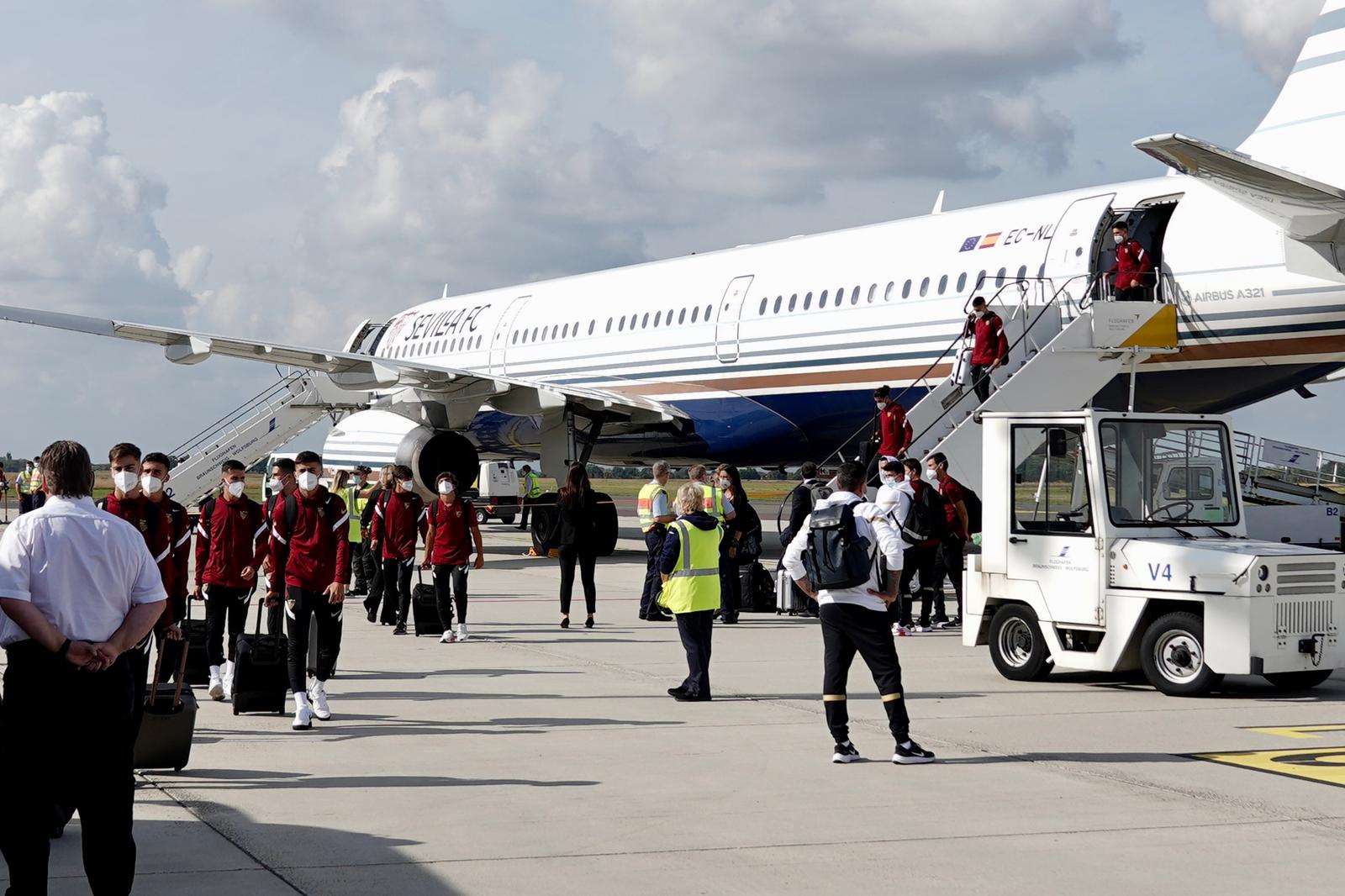 PLEASANT WEATHER IN WOLFSBURG AS SEVILLA FC TOUCH DOWN

Sevilla FC have arrived in Germany ahead of the second game of the Champions League group stage tomorrow against VfL Wolfsburg, with kick-off at 21:00. The team touched down in Germany around 12:30 this afternoon after a two-hour flight from San Pablo Airport. Wolfsburg greeted Sevilla with pleasant temperatures of 17 degrees Celsius.

Club President José Castro is joined on the trip by Vice Presidents José María del Nido Carrasco and Gabriel Ramos. Monchi is also with the team. Board members Luis Castro and Fernando Carrión made the trip, as well as Head of Business Jorge Paradela.

In addition to the squad called up by Julen Lopetegui, the academy also travelled on the plane ahead of their Youth League match tomorrow at 16:00.