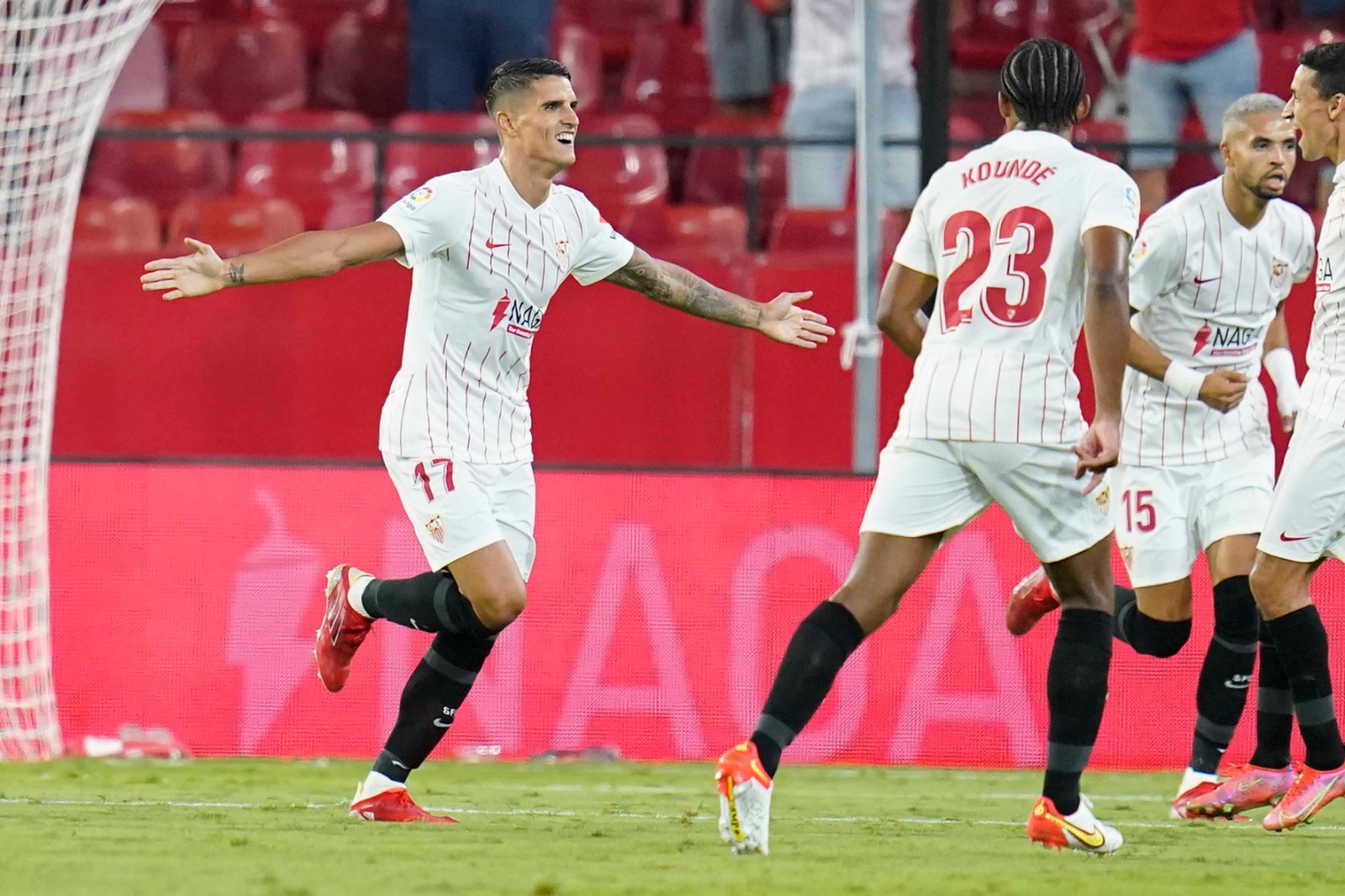 3-0: SEVILLA FC WIN THE FIRST GAME OF THE SEASON IN FRONT OF THEIR FANS AGAINST RAYO

Entradilla
Sevilla dominated the game with a goal from En-Nesyri and a double from Lamela on his debut. The goals saw a winning return for the fans to the Ramón Sánchez-Pizjuán
Cuerpo Superior

Magic nights have returned to the Ramón Sánchez-Pizjuán. With the return of the fans to Nervión as the main talking point, Julen Lopetegui's men started the season off with a convincing win against newly-promoted Rayo Vallecano. En-Nesyri opened the scoring from the penalty spot before Lamela scored a brace on his Sevilla debut.

Sevilla started the game off full of purpose at the Sánchez-Pizjuán. After a few minutes where Rayo had touches on the ball, Lopetegui's team quickly took control of the game and the ball. Just when Sevilla began to control the ball was when Dmitrović had to make his first save as Sevilla goalkeeper with a great stretch to deny a powerful shot from Álvaro García. Sevilla responded with a long pass that found Idrissi whose magnificent touch resulted in him being fouled by Luca Zidane in the box, leading to a red card for the goalkeeper. En-Nesyri picked up the ball and made no mistake from the spot.

En-Nesyri and Acuña went close to doubling the side's lead

The hosts continued to demonstrate their attacking intent before the interval, with Julen Lopetegui an active figure in the dugout. As the side looked to extend their lead, Marcos Acuña went close after some quality interplay of the middle of the park. Óscar slipped in the full back, but he could not connect properly as he attempted to strike with his weaker foot. En-Nesyri also had an opportunity to score his second off a counter attack, but his shot went straight at the keeper. The half-time whistle shortly followed, with near-complete control from Sevilla.

Lamela was brought on before the second half got underway, which marked his official debut for the club. The match would remain largely similar to the first half, with that dominance still present, but the Argentine changed the story of the match. Nine minutes into the half, another superb team move fell to his feet, and his shot, his first, deflected off Catena and beyond the keeper. An instant impact from the summer signing.

The chances continued to follow despite the comfortable margin, with the pick of them falling to En-Nesyri just minutes after Lamela's goal. After the drinks break, due to the particularly high temperatures in Seville, the team scored a third on the counter attack. En-Nesyri broke away at real pace, and unselfishly laid the ball off for Lamela to tap it home. A debut double for 'Coco'. Academy players Pedro Ortiz and Iván Romero were then handed their official debuts late on, after spending preseason with the first team. It's safe to say, Sevilla did not let their fans down on their first day back at the Ramón Sánchez-Pizjuán since 1st March 2020.