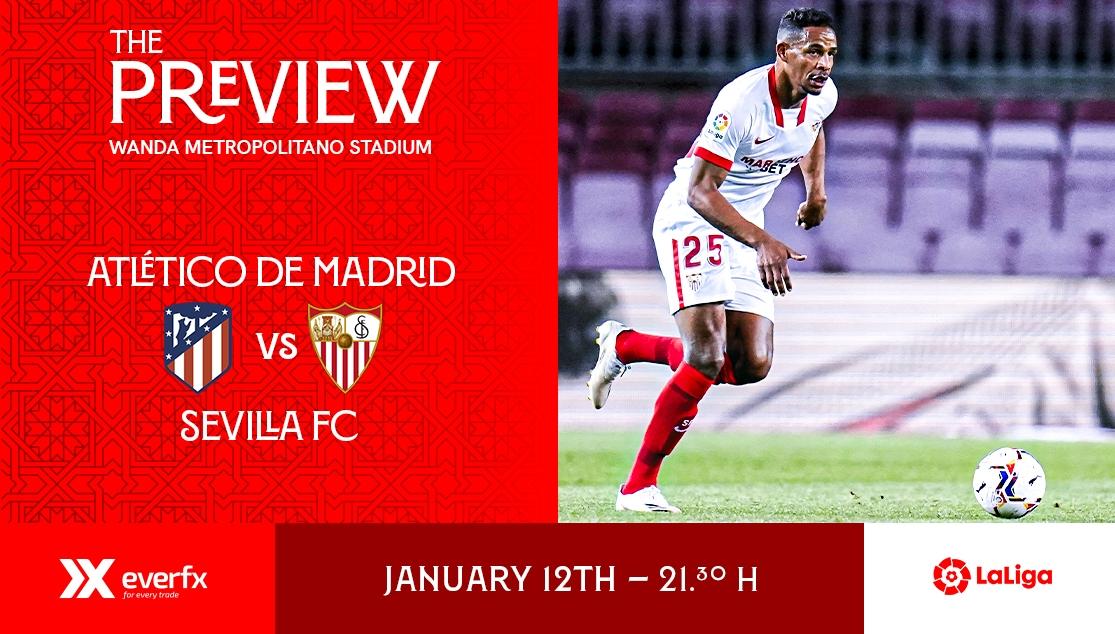 Atlético have 38 points from 45 in La Liga, losing only once and drawing twice

Matchday 17 for Sevilla FC sees them travel to the Wanda Metropolitano to face Diego Simeone's Atlético Madrid. The match was actually scheduled for the first game of the season, but it had to be postponed due to both teams starting the season late. As such, three days after the team's win against Real Sociedad at the Ramón Sánchez-Pizjuán, they travel to face the league leaders in a match that will surely be marked by the unusual freezing temperatures in the Spanish capital.

Sevilla landed in Madrid last night after needing to wait two hours to receive permission to take off at Seville Airport. In their suitcases, the team bring thirty league points after Saturday's win against Sociedad. Sevilla come into the game unbeaten in nine games in all competitions and six games in the league, picking up fifteen of the last eighteen points available. Last year, in the last match that took place in the country with fans in the stands, the Nervionenses drew 2-2 in a highly competitive match in Madrid.

The home side welcome Sevilla after their last game against Athletic Club was postponed due to the adverse weather in the country. Despite Atlético's three games in hand over most of the league, they are top of the table with 38 points from 45, only falling to one defeat and two draws. In the entire season, Simeone's team have only conceded six goals.

Julen Lopetegui, who called up the same squad as against Real Sociedad, outlined in the press conference that 'it's not just difficult to score against Atlético, it's difficult to even create chances against them.' He also classified the team and Simeone as one of the best squads and managers in the world.

The match will be played this Tuesday night 12 January with kick-off at 21:30 CET. Estrada Fernández will be the referee and will receive assistance from De Burgos Bengoechea in VAR.