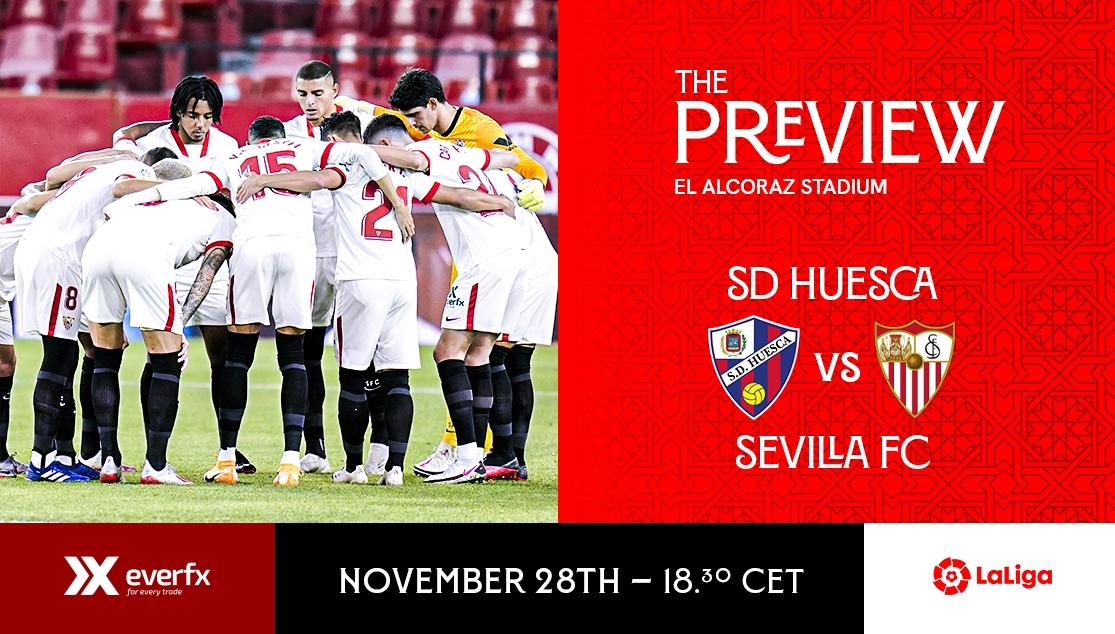 Julen Lopetegui will not be able to count on the services of Carlos Fernández, Bono, Suso, Escudero and Acuña. Joris Gnagnon joins the squad

Matchday 11 in La Liga and the ninth match for Sevilla FC after they started their league campaign two games late. Today the team travel to El Alcoraz to face SD Huesca. Sevilla arrive in Huesca having secured their ticket for the Champions League last-16 after their win against FC Krasnodar and will be looking to keep the momentum going in La Liga, with the team registering four consecutive wins after a run of three losses.

After losses against Granada, Athletic Club and Eibar, Julen Lopetegui's men returned to winning ways and look to register their fifth consecutive win this afternoon against Huesca. That would be the third win in a row in La Liga after wins against CA Osasuna and RC Celta, both at the Ramón Sánchez-Pizjuán. The team will have to improve on their last result at El Alcoraz should they wish to keep their momentum going - back in 18/19 they lost 2-1.

Julen Lopetegui brings Joris Gnagnon back into the squad and will be without the services of Carlos Fernández, Bono, Suso, Acuña, and Escudero, who dislocated his elbow against Krasnodar. Although Huesca have not won this season, Lopetegui warned in the pre-match press conference that their position was not a fair reflection of their ability. He noted they 'fought toe-to-toe with Valencia, Villarreal and Atlético Madrid.'

The match will kick off at 18:30 CET this Saturday 28 November at El Alcoraz and will be refereed by Cuadra Fernández, with Iglesias Villanueva in charge of VAR.