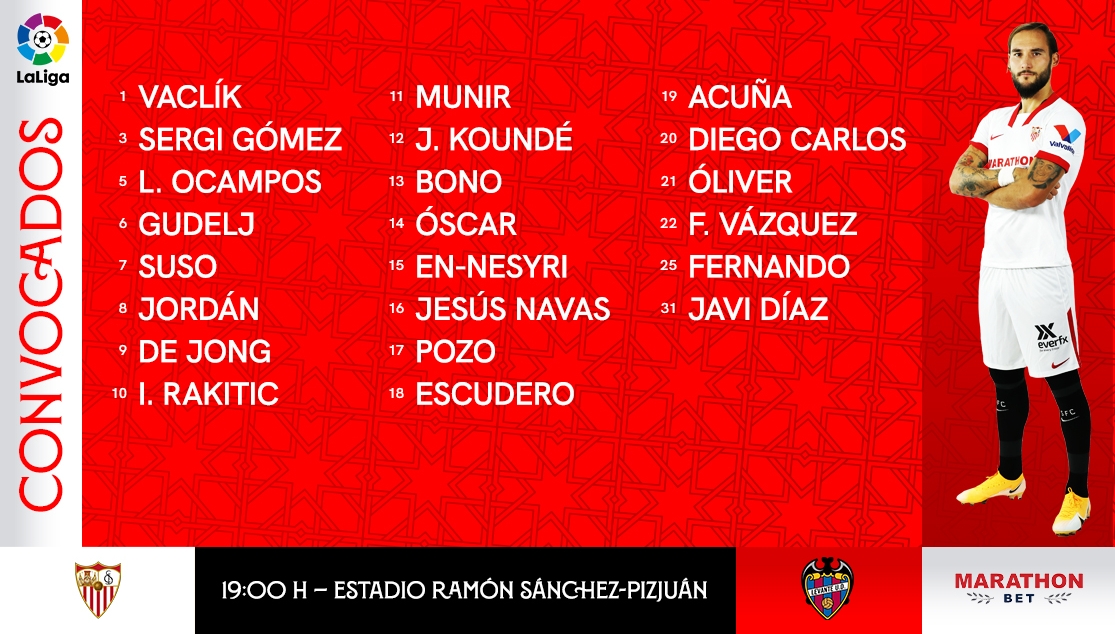 BRYAN AND CARLOS FERNÁNDEZ THE ONLY ABSENTEES AGAINST LEVANTE

Bryan, who was with the squad in Cádiz, misses out through injury as Lopetegui informed during yesterday's press conference

Julen Lopetegui, Sevilla FC's manager, has released the squad list for tonight's match against Levante UD in the Ramón Sánchez-Pizjuán, with kick-off at 19:00 CET. Of the squad who travelled to Cádiz, only Bryan Gil misses out through a muscular injury. As a result, the squad for tonight consists of 22 players: 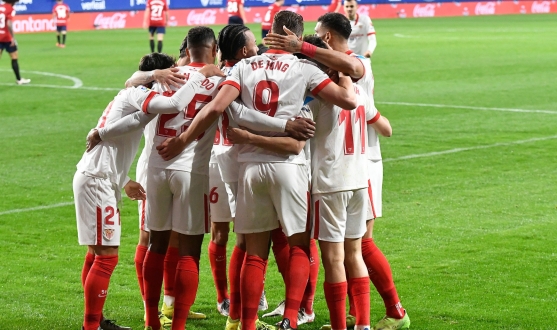 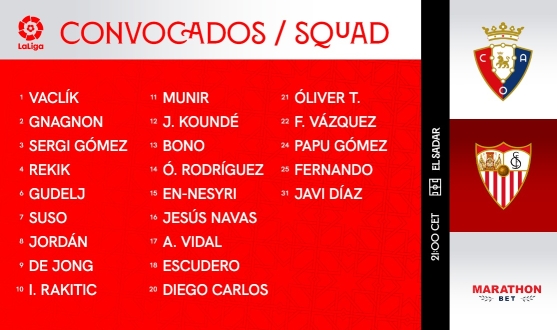