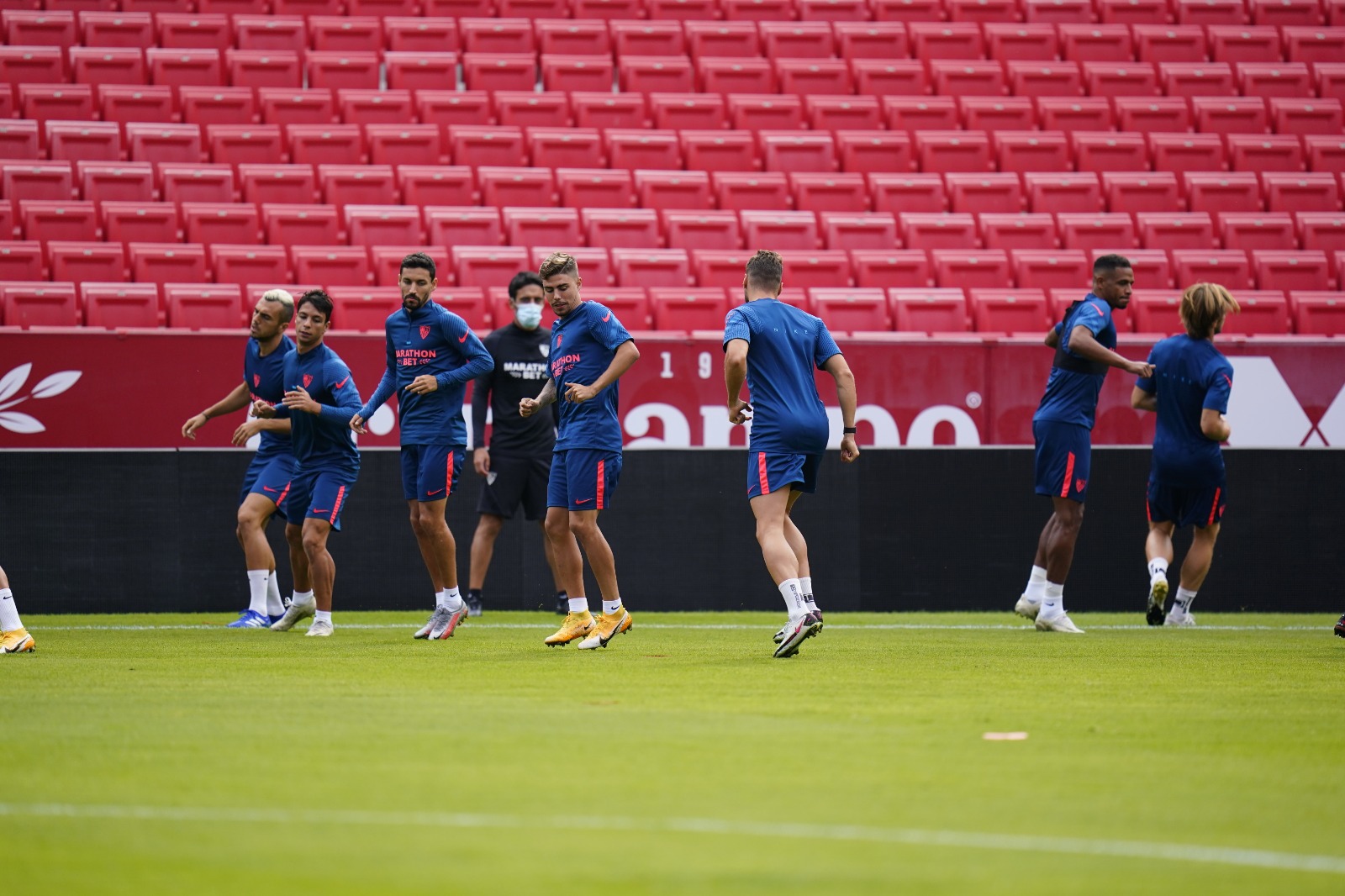 THE FINISHING TOUCHES AHEAD OF SEVILLA-LEVANTE, AT THE SÁNCHEZ-PIZJUÁN

73 days later, Sevilla FC are back at their home in Nervión. After the final-day win against Valencia CF on Sunday 19th July, Julen Lopetegui's men were back at the Ramón Sánchez-Pizjuán on the eve of their first home match of the season.

As Vice Chairman José María del Nido Carrasco and General Sporting Director Monchi watched on, the Blanquirrojos trained on the pitch at the Sánchez-Pizjuán in what was their final session in the build-up to tomorrow's match against Levante UD. After the training session, the manager gave his pre-match press conference. It is expected that the squad for the match will be confirmed tomorrow morning.