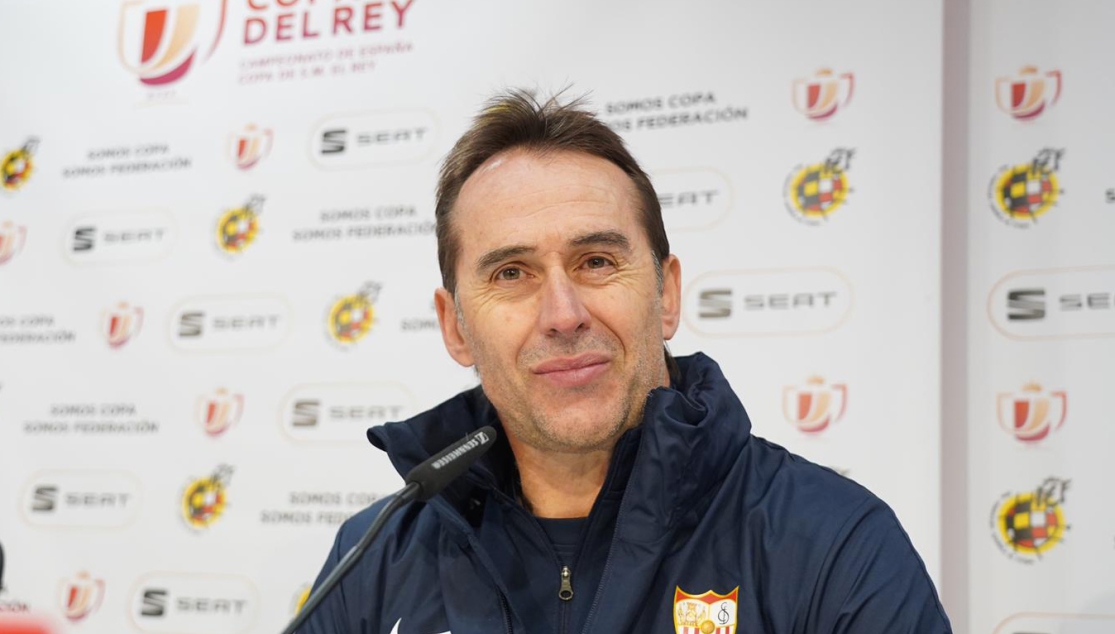 LOPETEGUI: "WE WILL APPROACH TOMORROW'S MATCH AS IT IS, ALL OR NOTHING"

The manager asked for mention of Saturday's match at the Bernabéu to be left aside, only focusing on tomorrow

Julen Lopetegui gave his pre-match press conference ahead of tomorrow's cup clash with Levante UD: "We're very enthusiastic about this competition and this helps to win each match. We've earned the right to play this match and we have to win that again to keep dreaming. We know the fans will help us and this is exciting for us". He asked for all focus to be on the Levante match: "What I had to protest against on Saturday, I protested against it. I know you have to ask about it, but I have to focus on tomorrow's game. I understand it's all gone quickly, but we have to be focused on tomorrow".

He confirmed he still has the same point of view regarding Saturday's controversial refereeing decision: "I could explain the play with detail and I'm very sure what happened. It was anything but a foul, but we have to put all our energy into the match tomorrow. It's not that I see it differently, I have no doubts, but it's in the past. The press conference at the Bernabéu is over and now it's time for the cup against Levante. We can't stay focused on that match, but we can for tomorrow's.

Winning the cup is an aim, but tomorrow's line-up will depend on many factors: "It's a dream, but not an obsession. It's based on the logic of the club's growth and ambition. We will approach tomorrow's match as it is, all or nothing. That's the format, and we will pick our side based on how we feel in that moment. We played a very demanding game less than 48 hours ago and tomorrow we will evaluate it all, based on fitness and tactics". He was full of praise for Levante: "We know we are facing a good side with a very good manager. They're a strong side with many good attacking outlets. They are capable of dropping deep, running, playing, a very complete side. Tomorrow they will try to do that, just as we will try to. We're expecting a tough game until the end against a team we know, as they know us".

"Levante are a strong side with many good attacking outlets; very complete"

He gave a typical answer regarding signings: "The market closes whenever it closes, and we will always keep an eye out. The most important thing for us now is not the Bernabéu, but tomorrow". He was also asked about Chicharito: "In football, times can be reduced a lot and there's new opening. Things that are cooked for longer, the time can be reduced. He has decided to leave and we wish him the best in the future". Another player who won't feature tomorrow is Jordán: "We'll wait and see because he suffered a heavy blow and he's a doubt. There are other players who could miss out because Saturday was a tough game, tomorrow we'll see which troops are available".

De Jong was one of the star performers at the Bernabéu and the manager wanted to stress that: "He scored two good goals and played very well physically, tactically, and helping the team. Sometimes you get a goal and sometimes you don't. I hope he keeps getting that goal because it is good for everyone". He also spoke about En-Nesyri's debut: "Deep down he is a centre-forward, but his fitness and agility means he can play elsewhere. We'll see where's best as he has just arrived. We're excited to see him and we will help him adapt so he knows we like him and he can perform". To finish, he spoke about VAR: "There's an important opinion about it from the UEFA president which I share 100%, that VAR should only intervene in blatant mistakes. This is how it should be and I think eventually it will get there, but that's my opinion and whatever happens, happens". 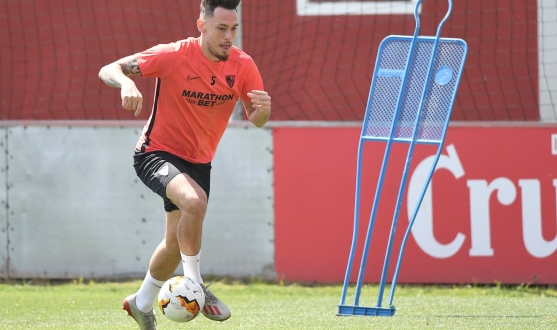 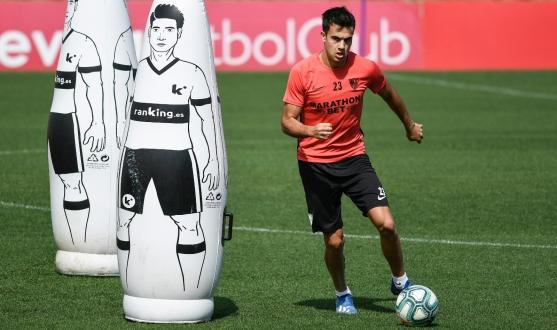 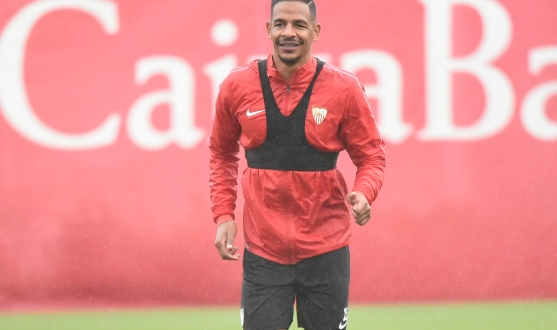