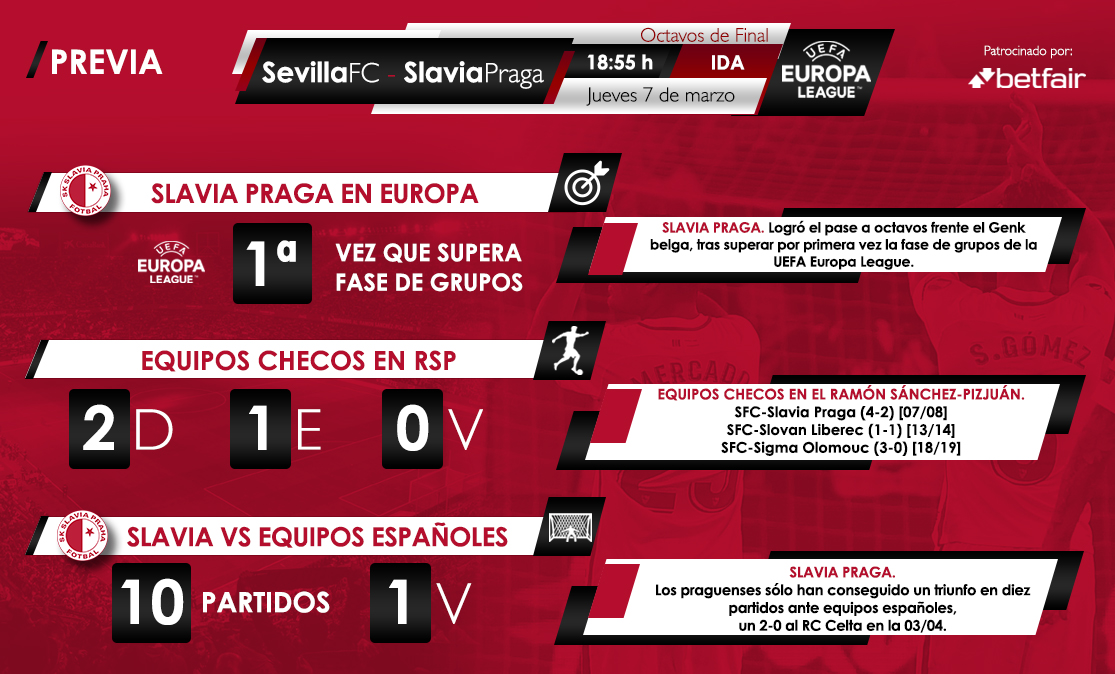 Entradilla
Sevilla FC are once again looking to progress in the Europa League, a competition in which the side have 18 consecutive ties
Cuerpo Superior