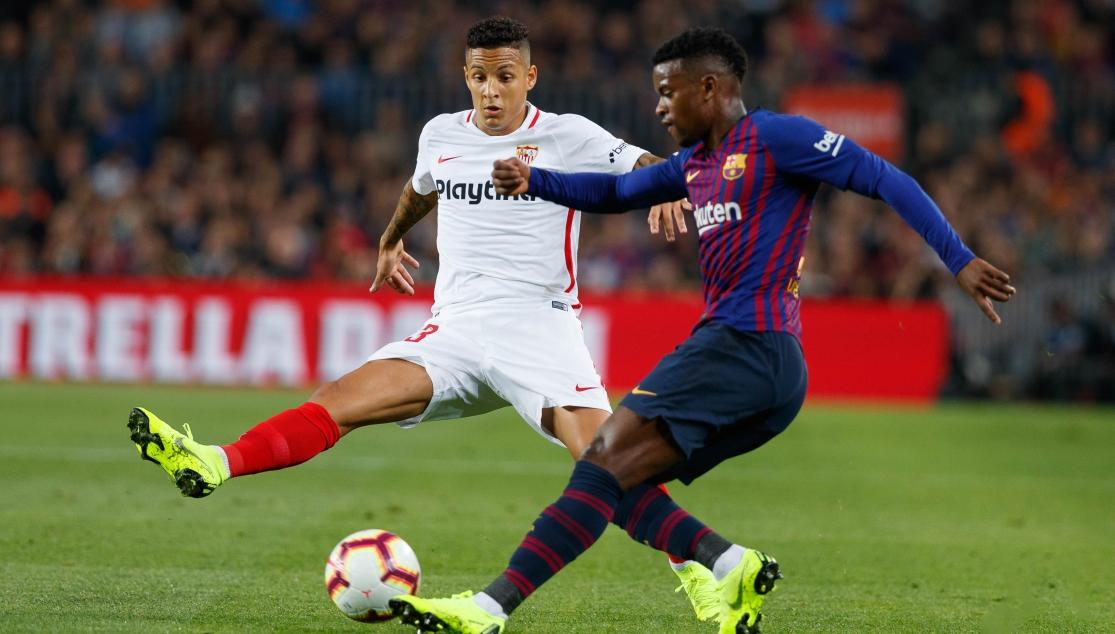 4-2: FLURRY OF GOALS COMES TOO LATE AT THE CAMP NOU

Sevilla fell at the Camp Nou in a match that decided the new league leaders and fell behind very early, in the minutes that Messi was able to be on the pitch. In the second half, much more entertaining for the spectators, brought about an end-to-end game in Sarabia and Muriel scored

The top of the table clash ended in defeat for Sevilla FC with Barcelona leaving behind their poor run of results with a convincing victory at the Camp Nou, denying Sevilla a win at their ground once more. Things were going against Sevilla after just three minutes and Messi made things even more difficult before being forced off with an arm injury. After the break, Luis Suárez widened the gap further, while Sarabia, although a little too late, did manage to pull it back to 3-1. There was still time for Rakitic and Muriel to get on the scoresheet to round off an exciting end to the game. Furthermore, Mercado, who came on for an injured Kjaer, returned to match action for the first time since he injured his arm in the derby.

In recent years Sevilla have been accused, metaphorically, for being behind in the score before going out onto the Camp Nou. Beyond these somewhat harsh assessments, this Saturday you could certainly say that the team started the match already behind in the score. The Sevilla players had hardly touched the ball when Coutinho put Valverde's men in front after Messi's measured pass in a passage of play that was as messy as it was clean. Déja Vu for Pablo Machín's men, who were immediately up against it, although they had an opportunity soon after to hit back.

Just three minutes after falling behind, André Silva, after receiving a long ball, found Arana free on the left-hand side. The Brazillian hit a powerful drive across Ter Stegen, but the ball bounced back off the post, evading the three Sevilla players that were in the box for the follow-up. Unfortunately, Barcelona's response, on the other hand, was decisive, with Messi once again doing what he does best. A long ball was played to Luis Suárez after Banega had given the ball away and the Uruguayan fed the Argentinian who took on Sergi Gómez before curling the ball just inside the far post, leaving Vaclík helpless.

Messi seemed to have killed the game in the first twelve minutes with the score at 2-0; however, the Argentine's absence throughout the rest of the game allowed Sevilla to get back into the game. Midway through the first half and after a bad landing, Messi suffered an arm injury which, despite the extensive treatment from Barcelona's medical staff, forced him from the pitch. Dembele substituted him and Sevilla improved, getting men forward in attack and worrying Ter Stegen, without managing the necessary goal however to go into half time at 2-1 and start hopes of a comeback.

The second half started very open, with both teams getting into each other's box relatively easily. Luis Suarez was the first player to worry with a shot that brushed the post; however, the most dangerous was undoubtably Sevilla's response on the hour mark. A measured cross from Jesús Navas and a wonderful header from André Silva heading into the top corner forced Ter Stegen into a magnificent save. The rebound, falling to Vázquez, was also stopped by the German. Right in the next play, Suárez rounded Vaclík and was brought down for a penalty which the Uruguayan put away. Before this period of play, there was a clear penalty for a Jordi Alba handball not seen by Martínez Muniera or VAR.

Machín made changes and brought on Roque Mesa and Muriel, taking off the internationals Franco Vázquez and André Silva and Sevilla got the goal when it seemed impossible. It came with a good shot from Sarabia from range which came off Lenglet and made it impossible for Ter Stegen. Two more goals, one for each side, followed this, coming from Rakitic and Muriel with a lovely finish. With the glamour of being the league leader for two weeks now gone, it is now time to turn attention toward the Europa League, with the arrival of Akhisar who find themselves bottom of their league after their latest league defeat. 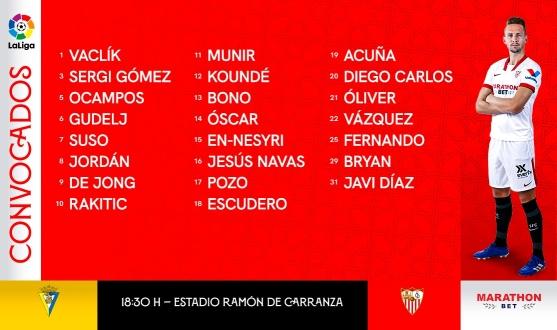 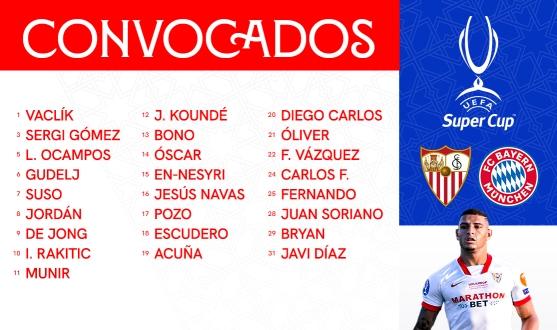