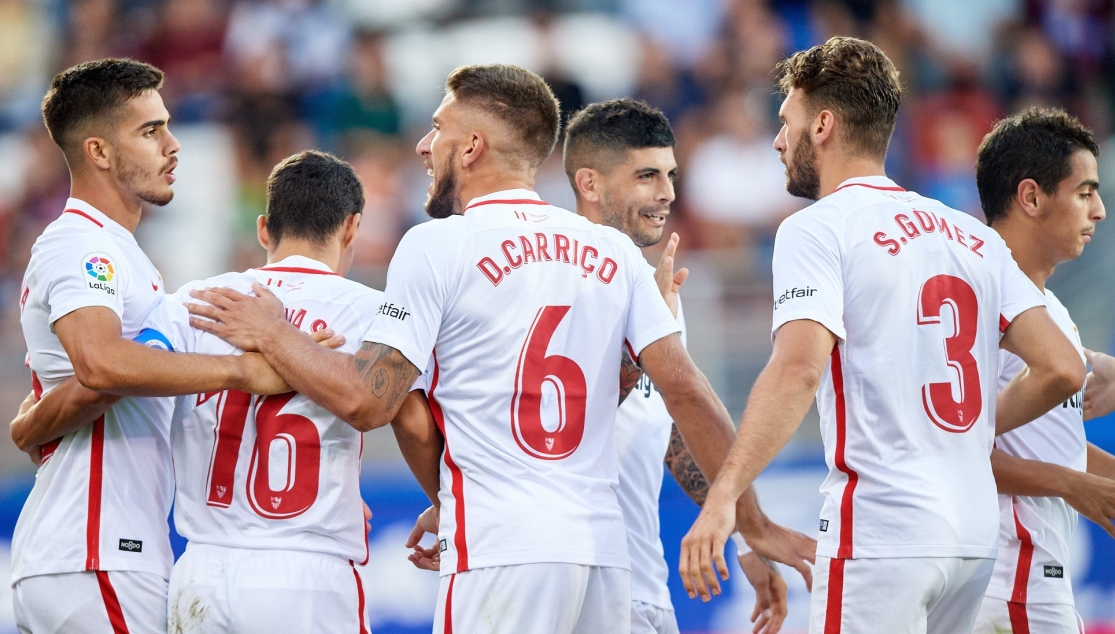 1-3: THIRD CONSECUTIVE LEAGUE WIN IN A HARD-FOUGHT MATCH IN EIBAR

A third consecutive win for Sevilla in the league. André Silva and Banega virtually finished off the match early in the second-half and Machín's squad controlled the game until the end. Banega added a third and Jordán managed a consolation for the hosts

A third consecutive win in La Liga for Sevilla FC with today's win in Ipurua added to wins against Levante and Real Madrid. A very hard-fought three points taken home from the Basque country by the side from Nervión after the bad experience from last season at the same stadium. Well-organised on the pitch and managing the opposition play, Sevilla waited for their moment and finished off the game in two quick blows.

It was a different first-half in Ipurura to that of the matches against Levante and Real Madrid in terms of the result and effectiveness, but not in terms of Sevilla's play, as they created the most clear-cut opportunities of the half to go into the break with the advantage. The best chance without a doubt fell to Sarabia on the 11th minute, when André Silva played him in with a brilliant chipped through-ball that left him one-on-one with the goalkeeper, who blocked the Madrid-born midfielder's shot for a corner.

Despite Eibar pressing and trying to box Sevilla in their own half, Machín's team stayed solid at the back, denying any dangerous opportunities for the Basque side. The only moment of danger for the Sevilla goal was a strike from Orellana after a corner that flew just wide of Vaclík's left-hand post. On the half-hour mark, another good counter-attack from Sevilla drew a second good save from Dmitrovic from Sarabia's shot.

Things changed in the second-half, with a fantastic 15 minutes left the game in Sevilla's control. First, a scintillating counter-attack led by André Silva resulted in the Portuguese spreading the ball out to Navas on the wing who dribbled into the area, before delivering a cross into Silva who finished with a back-heel finish for his seventh of the season. Then, a superb dribble from Franco Vázquez ended with Navas crossing, with his cross being blocked by Cote's hand and Banega slotting home the penalty.

Sevilla were intelligent, knowing that Eibar were affected by the rapid change in the scoreline, they allowed Eibar the ball and closed off the centre of the pitch. With Machín's changes, brining on Roque Mesa and Promes who helped out defensively and gave the players a rest, the clock kept ticking and Sevilla inched closer to the victory. Eibar barely managed to worry Vaclik and Promes could have had the third with a shot from distance.

Banega notched another goal with a long-range effort which left Dmitrovic flat-footed, sealing the three points for the Nevionenses. Jordán got a consolation goal in the last minute, bringing an end to a hard-fought game by Machín's men, who clearly learnt from their last experience playing in Ipurua. This results brings Sevilla to three consecutive La Liga wins, scoring 12 goals in them. 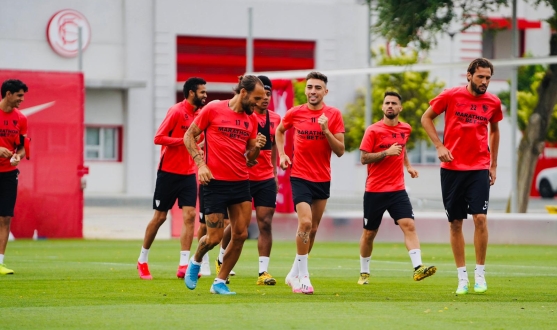