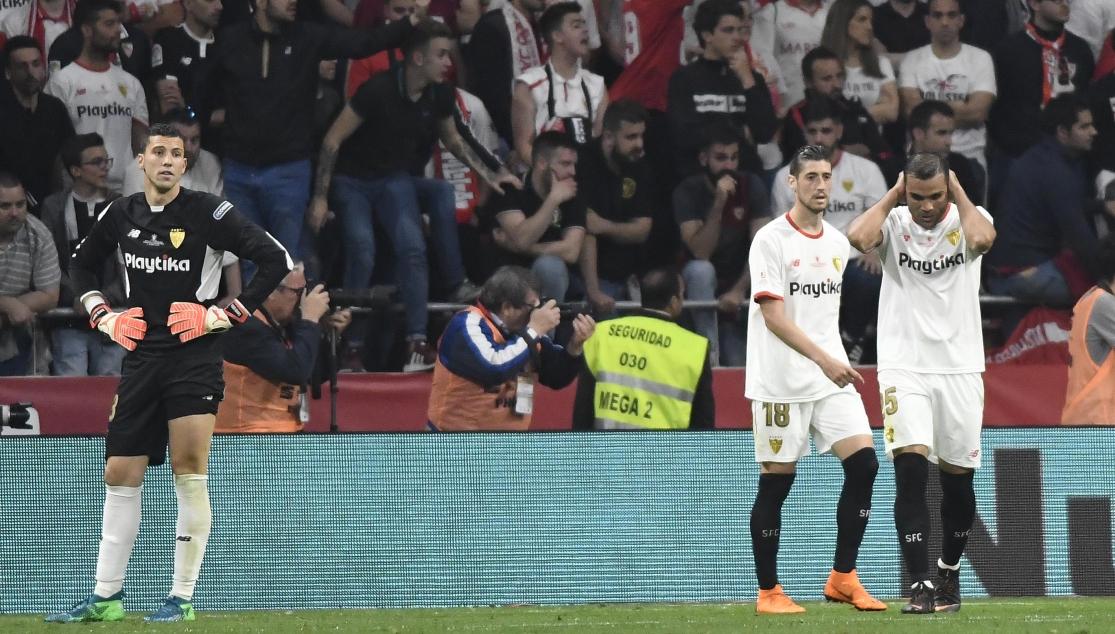 In the most painful way possible, Sevilla FC failed to capture their sixth Copa del Rey title this Saturday in the Wanda Metropolitano. Outplayed by an intense, driven and skillful Barcelona side, the Nervionenses would never even get the chance to get into the game. Despite tidy bits of play from Montella's side, there would be only one team in the final and Barcelona would come away champions

The dream was not to be and was crushed in brutal fashion at the Wanda Metropolitano. Sevilla FC fell at the final Copa del Rey hurdle this Saturday, falling to a heavy 0-5 defeat against a rampant FC Barcelona. Going one down early after a bizarre passage of play left Barcelona with space in behind the Nervionenses' back-line, the La Liga leaders would only inflict more and more pain as the minutes went by. A double from Suárez, as well as goals from Messi, Iniesta and Coutinho (from the spot) would send Sevilla home licking their wounds. A loss that will hurt for a long time but a loss Sevilla will respond to with more fury than ever.

From the first minute it was clear FC Barcelona were a team out totally possessed to claim their 30th Copa del Rey title. Snatching and keeping possession right from the get-go, Iniesta, Coutinho and Messi barely let a pass stray and set up camp on the edge of Sevilla’s penalty box. Eight minutes in, the La Liga leaders would fire their first warning shot. Letting a free-kick fly from over thirty yards out, Messi would only be denied a picture-perfect top-corner effort by a beautiful David Soria save, though warning signs were already apparent. Still pressing, Barcelona wouldn’t have to wait long before finding a bizarre opener. Punting long from his box, Cillessen would find Messi in behind the Nervionenses back-line. With Sevilla appealing for offside, Messi would only need to find Suárez in the box to give the Catalonians a tap-in to break the deadlock.

Barcelona's lethal speed proved too much for Sevilla, who were dominated from early on

A nightmare start, and despite a spirited initial response – Navas countering with two wonderful crosses neither Nzonzi nor Vázquez could convert – things would only get worse. With just over half an hour gone, Sevilla’s nightmare start became a mountain to climb. Finding a lucky break down the left when seeing a Navas tackle rebound kindly into Sevilla’s box, Jordi Alba would find Messi with a backheel just yards away from Sevilla's net. The Argentine would make no mistake when firing past Soria with his left. Not ten minutes later, Barcelona would be at it again. Slipped through one on one, Suárez would be there to find his second and give the Nervionenses the all but impossible task of overturning a three-goal deficit. Heading in at the break, a miracle was needed. It was not to come.

Though the Nervionenses would come out stronger than they had finished the first-half – threatening early through Vázquez and substitute Sandro – Barcelona would soon take advantage of the sheer numbers Sevilla were pushing forward to try and find something special. With spaces now far easier to find in between Sevilla’s defensive lines, Iniesta would be the man to take advantage. Found with room in Sevilla’s box, the Spanish midfielder would have the time to round David Soria and give Barcelona their fourth. Things were all but done and dusted for the now 30 time Copa del Rey champions.

With the Nervionenses dispirited, disheartened and downtrodden, tidy passages of play would be no consolation and Barcelona were not through yet. As the Nervión faithful showed their class by booming the Club’s anthem throughout the stands of the Wanda Metropolitano despite a four goal deficit, Barcelona would win a penalty after a chipped through ball struck the arm of Clément Lenglet. With 25,000 Sevillistas still singing, Coutinho converted to kill the game dead. Neither Nolito nor Layún would be able to find a consolation goal, and seeing out the game with calm and professionalism, Barcelona had their title in the bag.

A truly agonising end to the Copa del Rey dream and now Sevilla Football Club will have no other option than to respond with every ounce of fury it can muster. An trip to Valencia to face Levante will be the first opportunity. 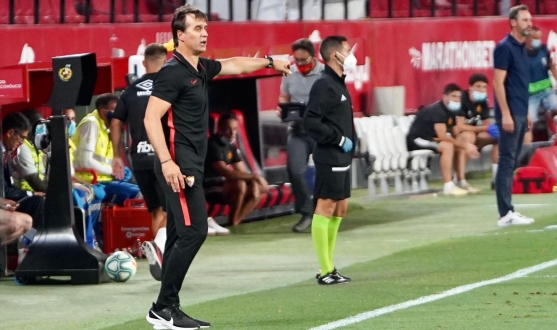 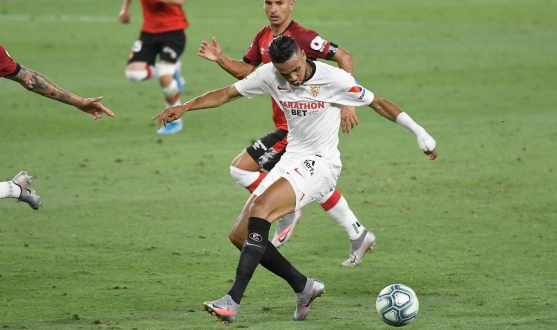 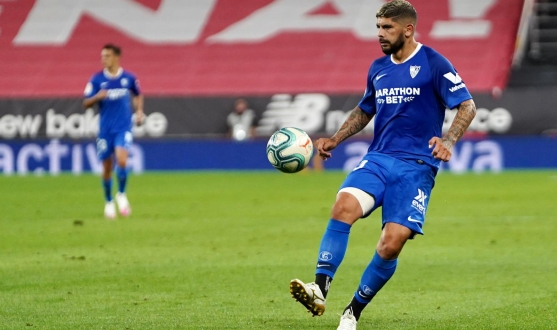