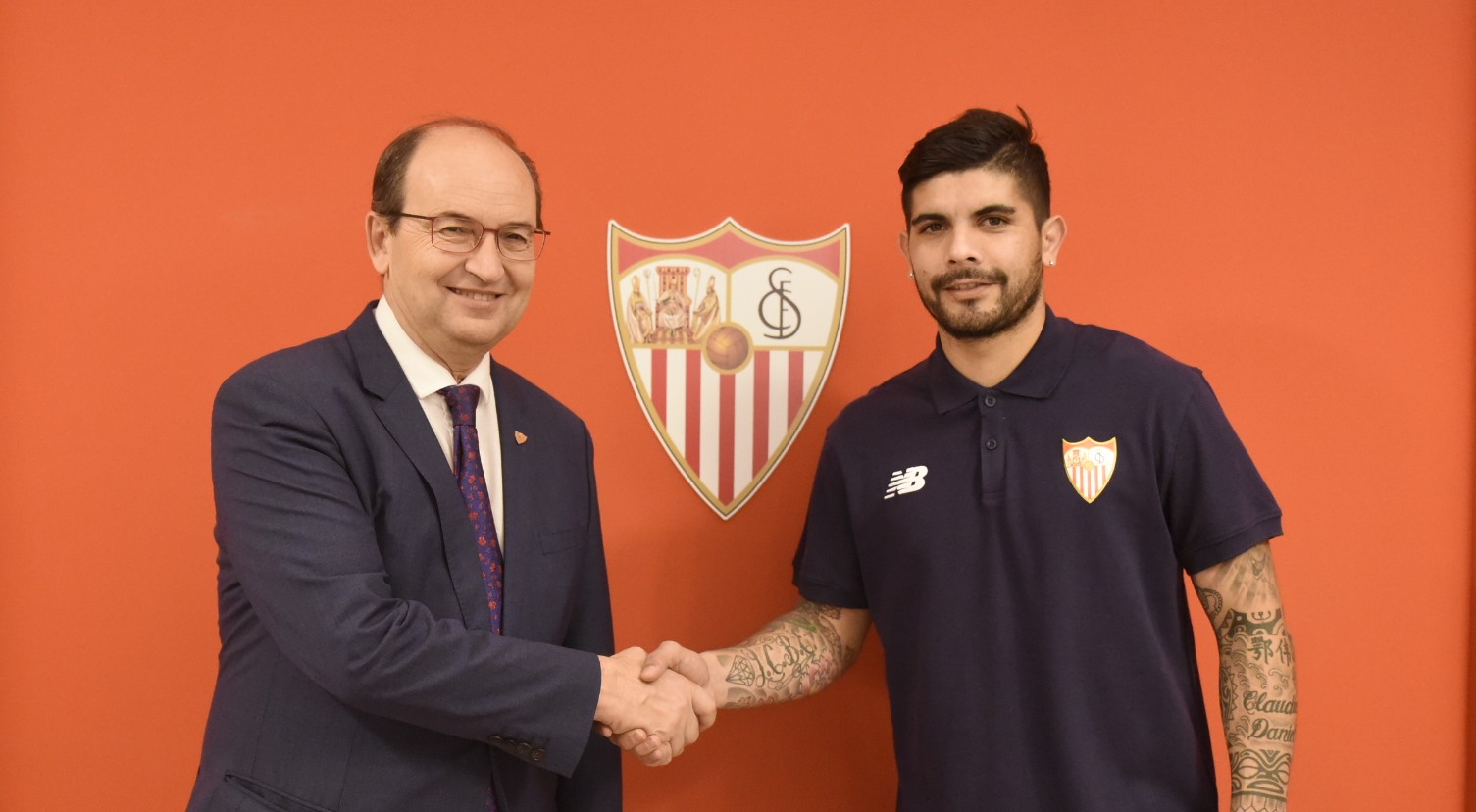 Éver Banega passed his medical this Monday and has signed a contract keeping him at Sevilla FC for three seasons, thus fulfilling the agreement made between Sevilla FC and Inter last week.

Banega returns to Sevilla FC after a year at Inter Milan in which, despite not finding the desired level of continuity in the first team -28 games in Serie A, only 20 of those as a starter- he achieved good numbers, scoring six goals and assisting eight.

Nevertheless, his performances in Italy were far from the level he demonstrated in Nervión during the second half of the 14/15 season and the entirety of the 15/16 campaign, becoming a genuine beacon of inspiration in the Sevilla attack and being a key player in the winning of the 2015 and 2016 UEFA Europa League titles. His magnificent performances in the Sevilla shirt re-opened the doors to the Argentina national side, where he has been a permanent fixture during the tenures of both Gerardo Martino and Edgardo Bauza, also receiving Jorge Sampaoli's confidence from the outset.