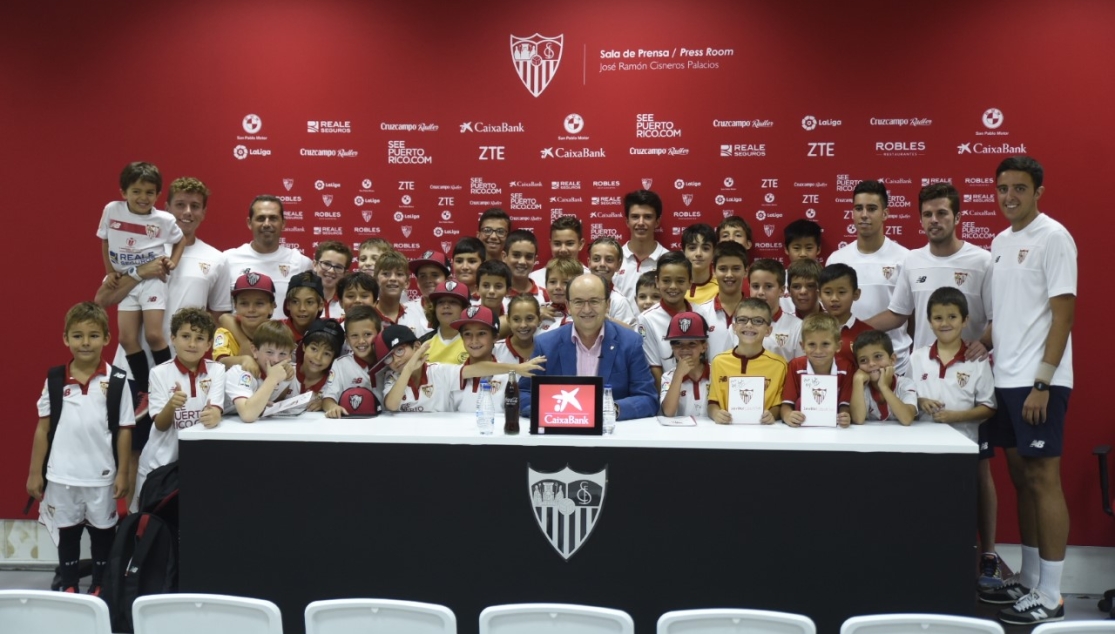 It was a very intense second day of action at the XII Football & English Campus, which took place at 'Ciudad Deportiva'. After carrying out the relevant training sessions and pre-planned English classes, President José Castro was faced with the youngsters´ questions at the very first, 'Chat with your Idol'.

During that short period of the morning, the President answered the interesting questions which were posed by the children, playing the role of journalist for a day. Amongst other things, Castro was made to respond to whether or not it was easy being Club President, declaring that “it's not easy because there is a lot of responsibility, but I do it with pleasure, optimism and strength. Ever since I was young I've been a supporter, circumstances had their way and now here I am as President, very happy and proud to work in my role”.

Furthermore, he talked abut the money managed by the Organisation:  “We fight continuously to have sufficient income to be able to have a good team and for that team to bring us joy like in the last few years. 90% is invested in players, because the main operation of this business is the first team. All teams depend on the first and for that there always has to be revenue”. The possibility of winning the league was also the subject of questions posed to Castro, to which he responded honestly: “Winning the league in Spain is very difficult. Last season we battled it out with Madrid and Barcelona, but in the end teams with better players are bound to prevail. It's a dream, but it is difficult to achieve”.

Additionally, the President was asked for his player of the season and, underlining the team effort above all else, he evaluated the performances of a few candidates in particular without hesitation: "There have been several players and different standout moments. N'Zonzi, Vitolo, Nasri... and in the second half of the season Correa and Jovetic, but the most important thing is the team and the season they have had, and to be satisfied with that”. Continuing his talk of the players, he made special mention of one of the previous campaign's captains: “During the previous season I felt a special fondness for Coke, because more than being a good player he really had the club at heart, but all the players we have will always be the best players to me”.

To conclude, the youngsters enquired about the possibility of him leaving to join another club, to which the President responded emphatically and with a wave of sevillismo: “I could never go to any other team because I am a Sevilla supporter, I live and breathe Sevilla and I work on behalf of, and for Sevilla”. 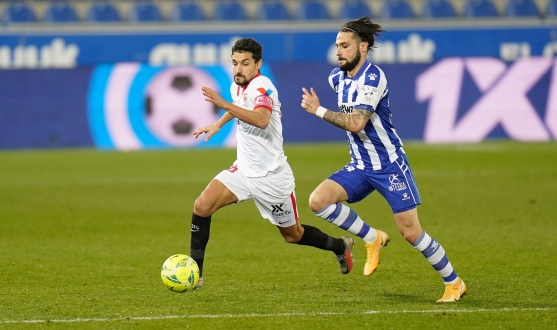 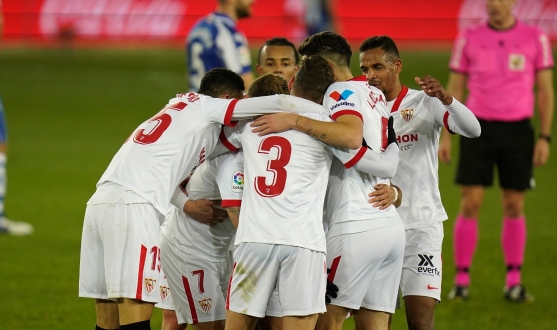