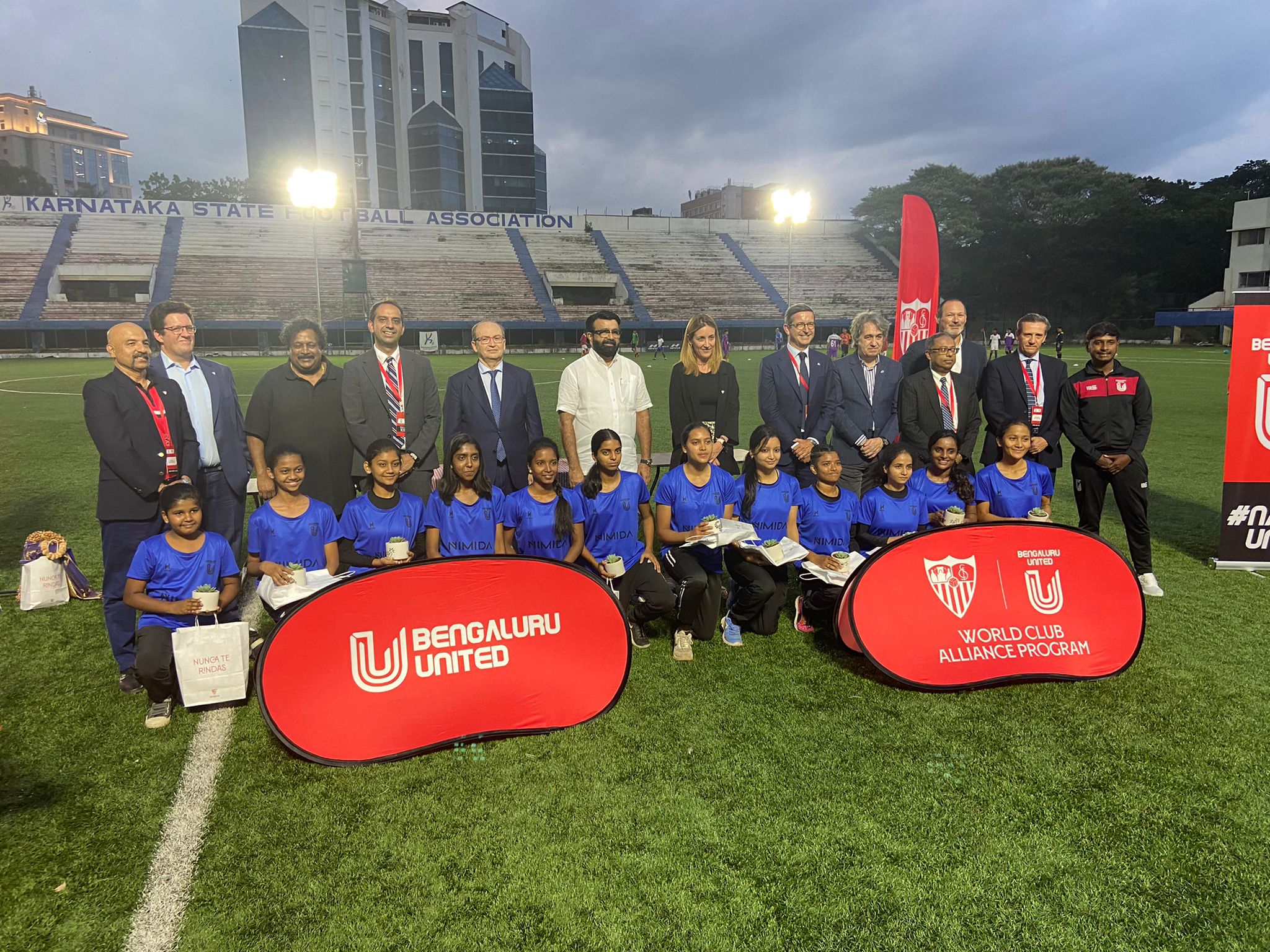 After the morning's meeting with the media, the Sevilla FC delegation in the Indian city of Bengaluru, led by President José Castro, went to the Bangalore Football Stadium, where FC Bengaluru United play their home matches. There, first of all, there was a meeting with the president of the KSFA, the football federation of the Karnataka region, of which Bengaluru is the capital.

After a visit to the club's facilities, there was also a simple but significant ceremony on the pitch, in which the new Bengaluru United women's team was unveiled to the public. In fact, as part of the mutual collaboration between the two clubs, the Indian team is using the experience of Sevilla FC to also make progress in women's football, which is still in its infancy in the country.