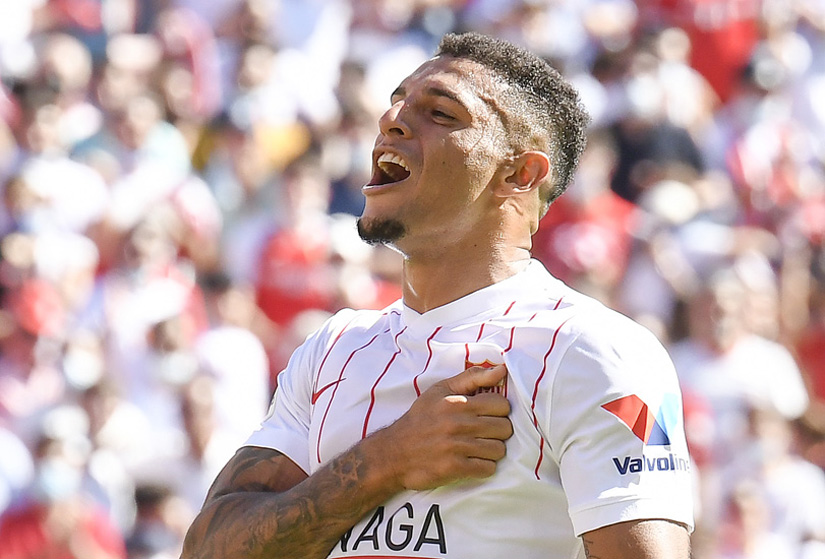 Sevilla FC and Premier League side Aston Villa FC have reached an agreement in principle for the transfer of Brazilian centre-back Diego Carlos, subject to the player passing his medical in England and finalising contract details. Diego Carlos, who came to Seville in the summer of 2019 from FC Nantes, has enjoyed a memorable three-year spell with the club, which included a sixth UEFA Europa League win in Cologne at the end of his first season. He even scored the decisive goal in that final against Inter Milan, with a spectacular bicycle kick that ended up in the net after deflecting off Romelu Lukaku.

Diego Carlos immediately stood out from his first few games as a blanquirrojo and soon became an essential part of Julen Lopetegui's side. He made 35 league appearances in 2019/20, 33 in 2020/21 and 34 in 2021/22, missing only 12 league games during his time at Sevilla. He also totals up 14 Champions League games, 10 in the UEFA Europa League, nine Copa del Rey games and one UEFA Super Cup game.

As a Sevilla player, Diego Carlos received his first call-up to the senior Brazilian national team and was called up to play in the Tokyo 2020 Olympic Games last summer, where he won the gold medal. Sevilla FC would like to thank the player for his work during all these years in Seville and wishes him the best of luck in his new journey.