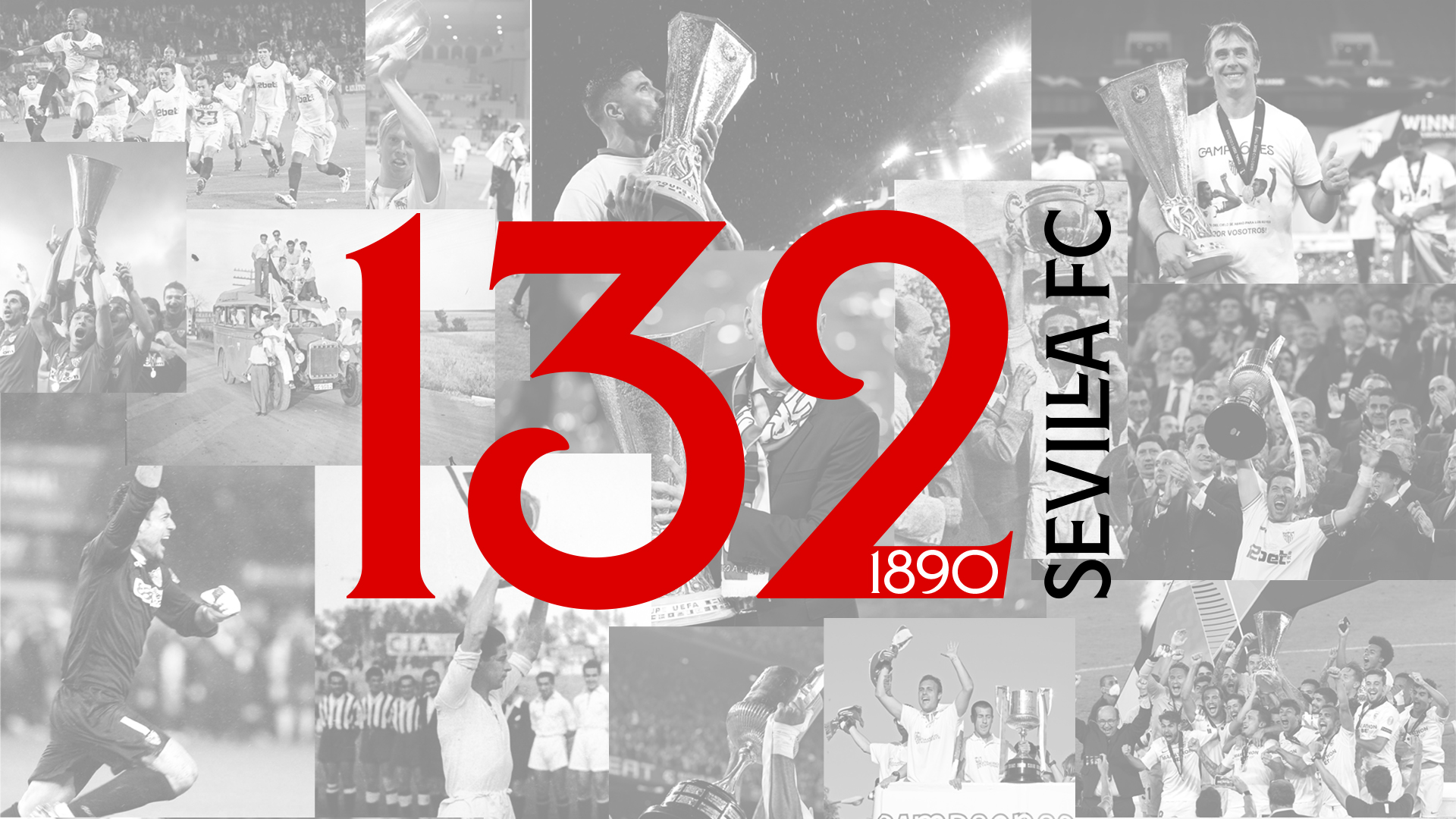 Entradilla
Today, 132 years later, the club continues to fly the flag for the city of its birth all over the world
Cuerpo Superior

Today, 25th January, marks the 132nd anniversary of that historic evening in 1890 when a group of young Sevillanos and Britons met in an old café in Sevilla to celebrate Burns Night, a traditional Scottish celebration. Emulating the birth of the Football Association (FA) in a London tavern, those young men decided, over their beers, to found Sevilla FC, the club that today, 132 years later, continues to fly the flag for the city of its birth all over the world.

That same night, the first directors were appointed, with the Scotsman Edward Farquharson Johnston, British vice-consul in Seville, as the first president; another Scotsman, Hugo MacColl, as the first captain and Isaías White Méndez, from Seville, as the first secretary. With regard to the name of the club, being the first of its kind in the city and having been created exclusively for the practice of association football, it was agreed that it would be named "Sevilla Football Club" (Club de Football de Sevilla), a name that would remain until 1941.

Just one month later, on 25 February 1890, Isaías White, the secretary, sent a letter to Huelva Recreation Club, inviting the club from the neighbouring province to play what would be the first football match held in Spain between two legally constituted clubs under the rules of association football. The historic first match was finally played at the Tablada Racecourse on 8 March 1890, ending in a 2-0 victory for Sevilla FC.

Since then, 132 years of life, 132 years of history which, as Ramón Sánchez-Pizjuán said, is clean and clear, free from any blemish and full of the effort and sacrifice of numerous generations of devoted Sevillistas. The fans, who are now celebrating their 132nd anniversary, are what has made us what we are today, a self-made club. The fans who never hesitated for a single moment when it came to showing their love and absolute loyalty to its colours, as they did when they had to contribute to the construction of the club's old stadium on Avda. Reina Victoria, the second ground at Viejo Nervión and the team's current stadium. The fans who helped to fund the signing of Bertoni, the fans who took to the streets in August 1995 and came to the club's aid when it became an S.A.D.

Today, 132 years after its foundation, Sevilla FC, one of the most successful clubs in Europe and one of the most valuable football brands in the world, continues to reap the fruits of the efforts and sacrifices of past generations. It is not only down to the efforts and sacrifices of so many Sevillistas who are no longer with us, but also those of the current generation, who hope and fight to continue the legacy of a club steeped in history, a club that has made itself, to the fans of the future.