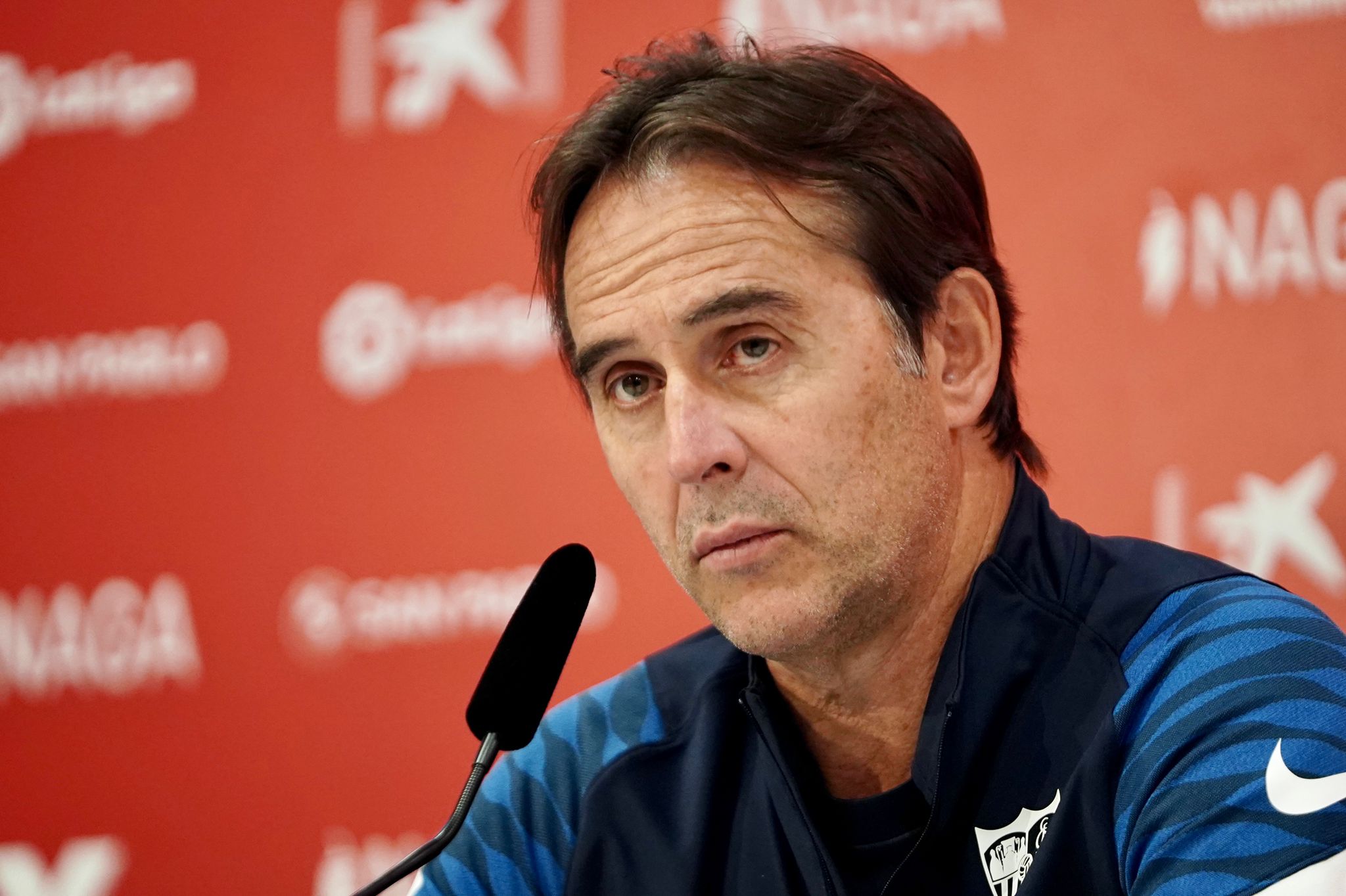 LOPETEGUI: "WE ARE HOPEFUL IN THE CUP BUT WE KNOW THAT THERE ARE NOT SECOND CHANCES"

Entradilla
The coach spoke about the quality of Córdoba CF, who he considers "the best team" at their level, the Segunda División RFEF
Cuerpo Superior

Julen Lopetegui spoke on Tuesday on the eve of the opening round of the Copa del Rey against Córdoba: "It a knock-out competition where you don't have a second chance and you also play away from home. For me, they are the best team in their division, with players from the level above and their coach is doing a very good job. They are a team with talent and good results. They are well prepared for the game. They have won many games at the ground and together with the difficulty of the competition, forces us to go into the game with the correct mentality for the situation. It is a good competition but there are no second chances."

The Nuevo Arcángel will be decked out for a game at home in the latest round of the competition. "There will be a very good atmosphere supporting Córdoba, but above all they are a quality team and are having a great season. We are hopefully in the cup, knowing that every game is decisive. In this round, there will be surprises and we don't want to be one of them. In order to avoid this, we have to work and be conscious of this. There are young players there, who have a promising career ahead of them and who are having a very good season."

Also, the coach praised the opponent in a game in which there will not be VAR. "They play very good football. They have a lot of individual talent and this makes them a good team, which is why they are leading the table. I have full confidence in the officials because we have played for many years without VAR." Lastly, he spoke about the possible absentees. "Less than 48 hours after the Madrid game there are players still recovering and we will have to wait until tomorrow. It is what we always say when we play every three days. Every hour is important in assessing the eleven."