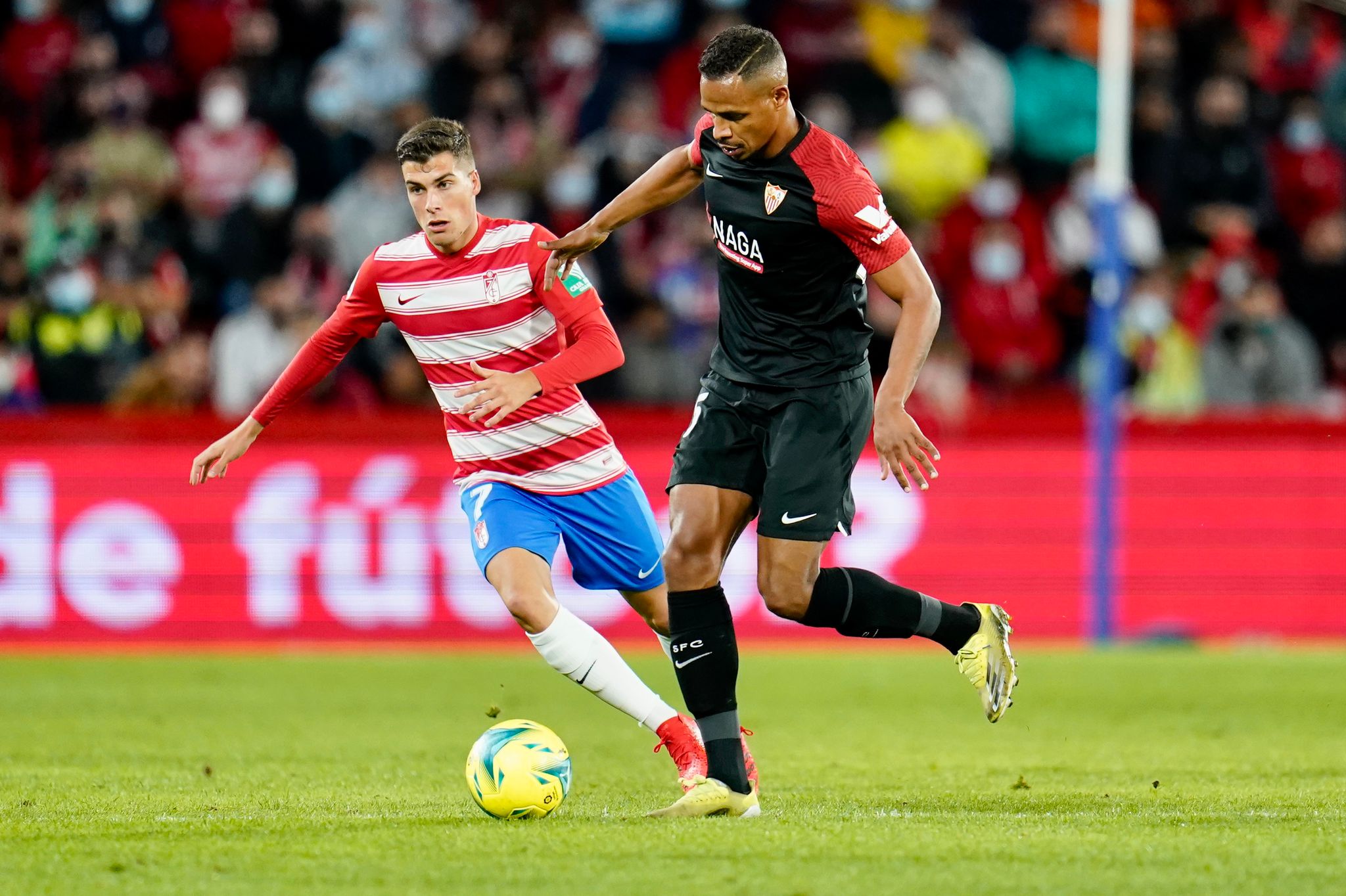 1-0: SEVILLA FC FALL TO THEIR FIRST DEFEAT OF THE SEASON AT GRANADA

A tough defeat for Sevilla FC at the Nuevo Los Cármenes Stadium where Granada came away with their first win of the season, while Sevilla fell to their first loss of the season. Granada came out on top and went ahead in the 23rd minute through Rochina. Although we had a few good chances to equalise, with Diego Carlos heading just after Granada scored and Munir firing a shot at the goalkeeper in the second half, we could not find the equaliser against a resolute Granada.

Sevilla started the first half poorly as Granada pressed high and took control of the ball. They saw their reward about halfway through the half when Rochina fired in from long range. The goal came when Granada had maybe started to wane after their quick start, and it forced Lopetegui's team into action. Diego Carlos had a chance to equalise soon after with a well-worked set-piece but he sent his header over. The only other effort came when Fernando fired in from range.

Lopetegui responded at the break by making a triple change

Julen Lopetegui made three substitutions after the interval as he looked to turn Sevilla's performance around. The visitors camped in Granada's half for the opening minutes of the second half, with Lamela going close to an equaliser with a left-footed effort. However, as time wore on, the hosts fought their way back into the match and became more comfortable, and did not defend with any real nervousness. Óscar Rodríguez and Ocampos were then introduced after the hour mark.

Two of Lopetegui's substitutions nearly combined for an equaliser, arguably Sevilla's best chance of the half. Jesús Navas cut inside on the right wing, and found Munir at the far post with a left-footed cross, but his shot was denied by Maximiano. Another chance would follow soon after, as the visitors desperately sought an equaliser. Óscar's corner found the head of Koundé, but the chance went narrowly wide of the keeper's right-hand post.

Despite all their chances, Sevilla FC could not find a way to level the match

Sevilla continued to push forward as they looked to take a point, at least, from the Nuevo Los Cármenes. Óscar nearly created a chance for Rafa Mir as he reached the byline, but the striker just could not get on the end of the cross. From a corner just seconds later, Maximiano had to be at his best to deny a Papu Gómez effort from outside the area. As time gradually ran out, the visitors began to get worked up on the pitch, and they were unable to create any clear-cut chances in injury time, rounding off the team's first defeat of the season.