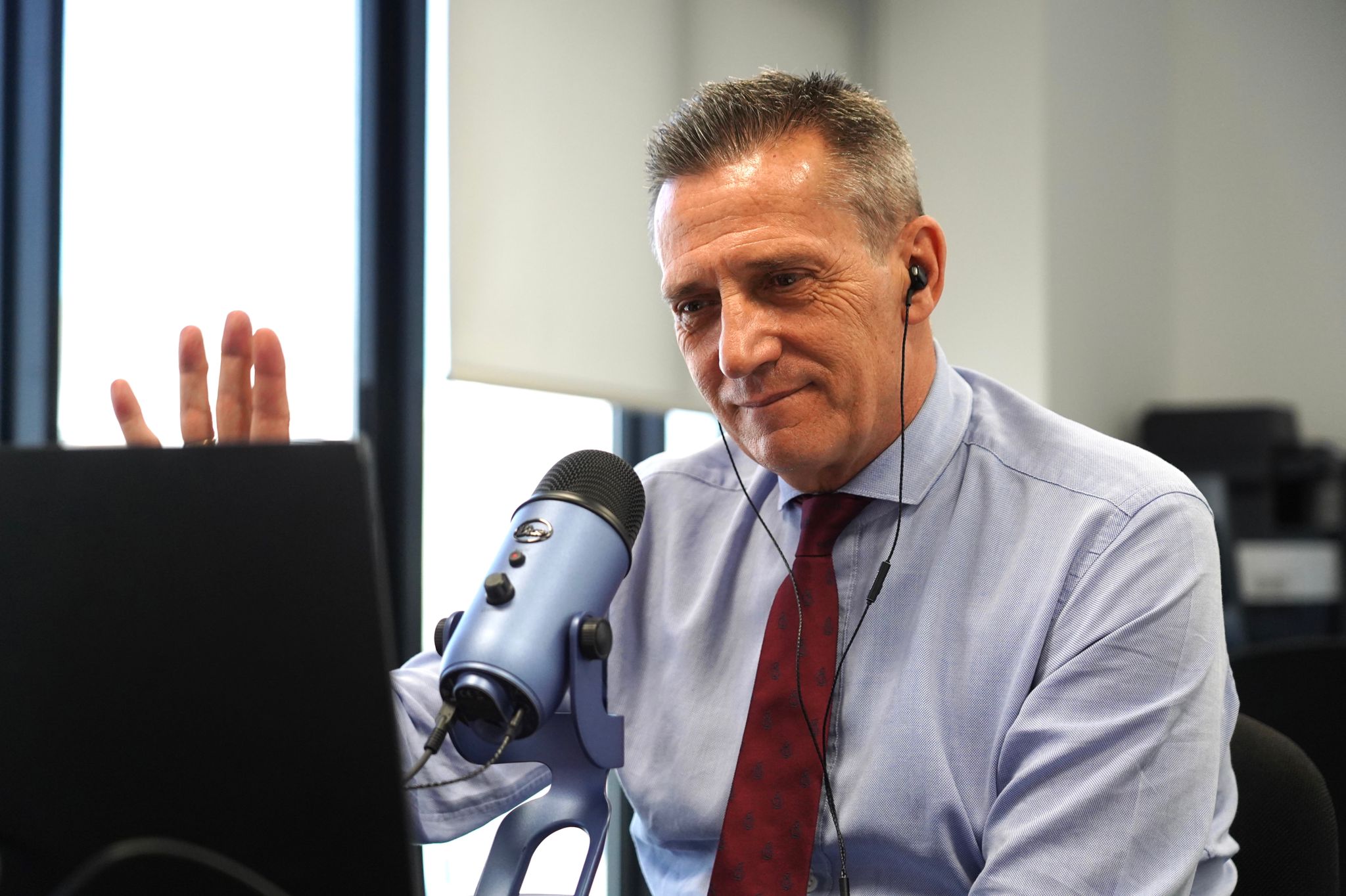 CRUZ: "THE AGREEMENT WITH BENGALURU UNITED IS A FRIENDSHIP AGREEMENT, A LONG-TERM PROJECT"

Entradilla
The Sevilla FC CEO and Gaurav Manchanda were interviewed by Sevilla FC Official Media, where both highlighted the most important and interesting aspects of the agreement
Cuerpo Superior

On Wednesday 22nd September, the ceremony for the WFS Industry Awards 2021 took place, where Sevilla FC and FC Bengaluru United received the prize for Best Internalisation Strategy. The ceremony took place at the Wanda Metropolitano in Madrid, coinciding with the annual WFS Europe Congress on 22nd and 23rd September, which is now partially in-person after online events in recent years. José María Cruz, Sevilla FC CEO, was in charge of collecting the award for the club. The Club and FC Bengaluru United signed their agreement in January, with the objectives of promoting international expansion, innovation and technology. A few months later, they have been distinguished with an award that serves as recognition for the best professionals in the global football industry.

After finding out about the award for both clubs, José María Cruz and Gaurav Manchanda, founder and director of FC Bengaluru United, were interviewed by Sevilla FC Official Media, where both highlighted the most important and interesting aspects of the agreement, both for the present and the future. Below you can read the most relevant parts of the interview, while the interview will be made available in full on the official Sevilla FC Spotify channel.

Could you explain Sevilla FC’s strategy of internationalisation?

José María Cruz: We started the modernisation a few years ago, to think a little bit more than in the past about our internalisation. We have had some small projects in the past, with some academies in Japan and the USA, and some projects in China, and we decided that we needed to do something different for the future. Unfortunately, we only started to have a draft of our strategy when the pandemic came, and we decided to stop to some extent. For me it’s an agreement between representatives of Sevilla and Gaurav and his family. It’s more than a cooperation agreement, it’s a friendship agreement, a long-term project. I have already explained to everybody that, when I took the decision to start this very serious plan, to extend the Sevilla FC brand, I thought that the first approach will be in India.

"India has a lot of reasons to be a market for Sevilla FC: the population, the growing interest for football"

Sevilla FC have identified a number of important countries in their plan of internationalisation, such as China, Mexico etc. Why did we choose to partner with a club in India?

Cruz: On one hand, the main reason for me was not the choice of the country, but the choice of the people and partners. For me, it’s paramount to have a proper partner, and we found that when we were studying how to proceed with our strategy, we found the opportunity to meet with Gaurav, and I thought that they were the best people in order to start with this strategy. For sure, they will have agreed development and, of course, we thought that India has a lot of reasons to be a market for Sevilla FC. The number of citizens, the population of India, the growing interest for football. I believe that we have to compete with other sports that are very popular in India. And there was interest from one of our sponsors, Valvoline, one of our main sponsors. They are very, very interested in India.

What made Bengaluru United opt for Sevilla FC?

Gaurav Manchanda: This is a very young club, of course, we started our journey in 2018, and as we went along this journey, the vision was certainly to compete at the highest levels of football, as well as make an impact in the Indian market and in Indian football. Along this short journey of just three years, we’ve been very fortunate to have been connected with our friends in Sevilla, where we had the opportunity to meet José María and his team in 2020. We’ve been fortunate, our intent is to be successful, win league titles, climb up the ladder and certainly make an impact in Indian football. And I could say who better than Sevilla FC? They’re certainly giants in Spanish football and they’ve had more than 130 years of successful performances on the pitch. So, who better to learn the ways of success than our friends at Sevilla FC? So, we’re very excited, I think it really was a match of intent, passion, vision, and truly backed up with success on the field.

Now a question for the both of you. What exactly does the agreement contain? What opportunities are there for both clubs?

Cruz: We believe that we have a lot of opportunities in India. We want to start in an area, a city like Bengaluru, a region with a large population, and from this city, to then be more appreciated in the rest of the country. Our main intention was to find a football partner in order to help them to improve their performance in football, sharing our experience with the directors, players, coach and staff. We believe that this area of India is very prepared for new technologies and we are very interested in having the opportunity to test our football practice with new technologies, which will be available for the football club and the football industry. We want to be there in order to start these new projects from the very beginning.

Manchanda: The city is certainly at the forefront of technology here in India, we have a lot of energy and a lot of young people working on some very cool, interesting ideas here. So traditionally, typically what clubs have looked at is mostly using technology for performance on the field. But we still need to see increasingly is how technology can certainly be used off the field for certain elements of fan engagement. One of the key elements of this collaboration is the exchange of knowledge and information. The other element is what it takes to build a pool of talent to create future champions from India. Relatively, there’s certainly a lot of scope to keep developing talent and football talent, not just out of Bangalore but also in India.

"To have received this award so soon, the recognition is very helpful for us"

Another one for both of you. What did it mean to be recognised by the WFS for the best internationalisation project?

Manchanda: It has great significance for our collaboration. It truly is a testament to our partnership, our collaboration and the slightly different nature of it. Typically when you look at clubs with history like Sevilla FC, the partnerships aren’t typically with such young clubs, especially when we’re in the Second Division in India, which is now the third tier. It’s certainly differentiated in nature and this is truly a testament to the possibilities and possible success as we go along the road map. With regard to this comprehensive nature of collaboration, where we don’t only look at performance on the pitch, but also at other elements of talent, setting up the right structure, processes and looking at technology, it’s certainly a well-rounded collaboration.

Cruz: It’s a great honour for Sevilla FC to have received this award, our agreement is very recent. Unfortunately we’ve been unable to develop our agreement more quickly, because some of our initiatives have been postponed due to the pandemic. We hope that as soon as the pandemic is finishing or starting to finish, we will now go ahead with our joint project more quickly, and we will start to develop some of the ideas, projects that we have in mind. To have received this award so soon, the recognition is very helpful for us. I hope that once some years have passed, when we have been able to develop our agreement more deeply, we’ll receive more, new awards and I will be very happy again