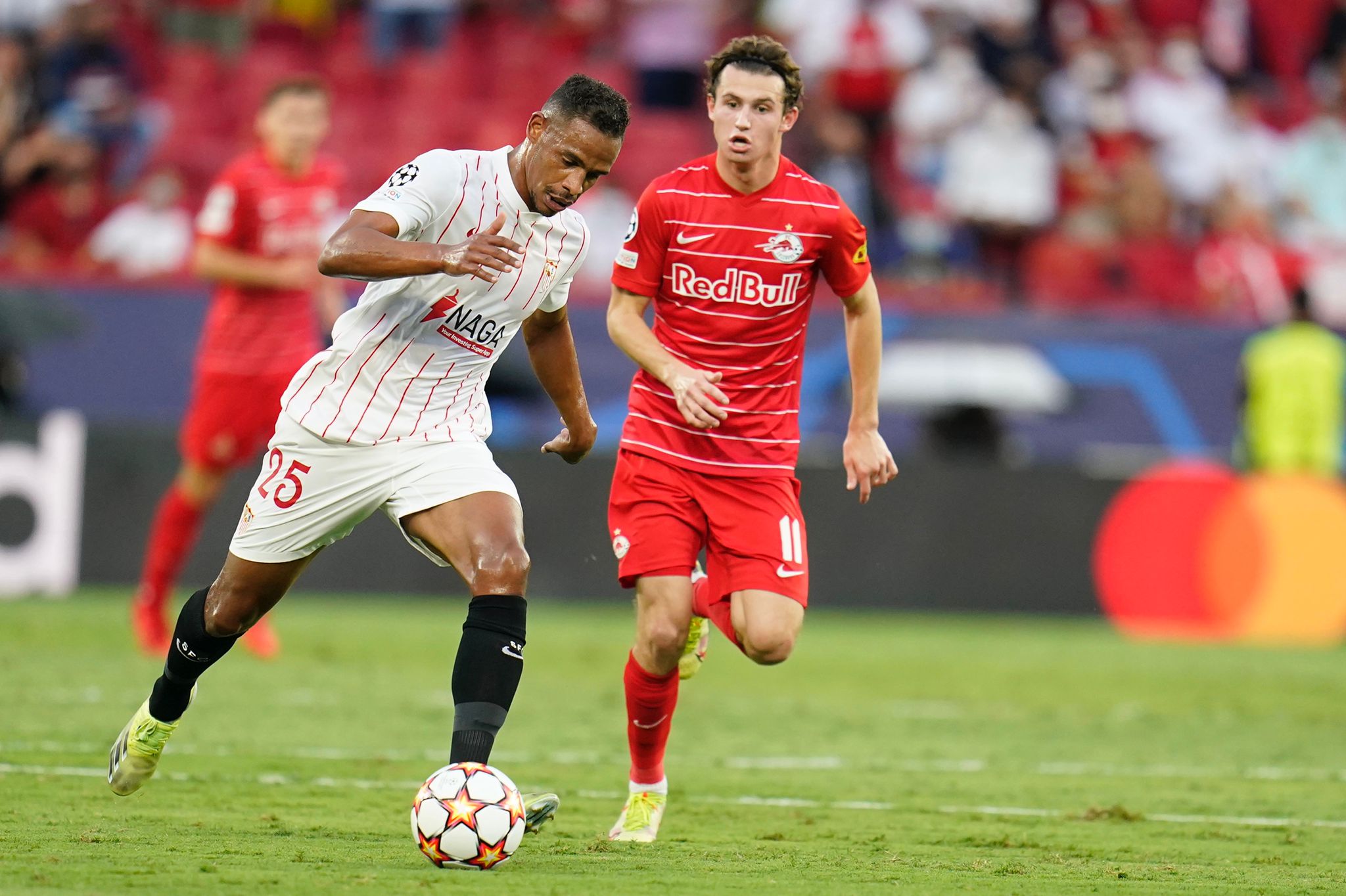 1-1: THE POINTS ARE SHARED AFTER A CRAZY FIRST HALF AND A RED CARD EARLY IN THE SECOND

A bittersweet point for Sevilla FC against FC Salzburg in their UEFA Champions League Group G opener. The hosts went all-out for the win in the second half, despite a numerical disadvantage, but there were no goals in the second half after the teams went into the break at 1-1. The first half was a dramatic affair, with the referee awarding four penalties, one to the hosts and three to the visitors, who missed two of them. En-Nesyri’s dismissal in the second half hindered the Blanquirrojos, who were unable to create any clear-cut chances late on to score a winner.

That first half was a truly crazy 45 minutes, and one that will never be forgotten. The Ramón Sánchez-Pizjuán saw four penalties awarded, with the first three going to the visitors. En-Nesyri was then fouled in the other area, and Ivan Rakitic coolly converted to level the scores. All this during very heavy rainfall that was not typical of the south of Spain in September.

Before Rakitic’s equaliser, the Austrian side had contrived to miss two of their penalties, with only Sucic scoring the second of the three penalties after a Jesús Navas foul. However, he would then miss the third penalty after his shot hit the post, with Bono penalised for a foul in that instance. Adeyemi took the first penalty, awarded due to a tackle by Diego Carlos, but his effort went wide. Aside from those chances, Lopetegui’s side were actually on top, creating chances but without truly threatening Köhn. Papu Gómez and En-Nesyri had some chances, but only the four penalties will really be remembered.

Lopetegui started the second half with a double change, bringing on Ocampos and Delaney for Suso and Jordán, but things did not get too much better for the hosts. After a strong save by Bono, En-Nesyri went forward and was given a second yellow for simulation, reducing the hosts to 10 men. FC Salzburg then had 40 minutes with an extra man on the field.

Lamela and Rafa Mir were then brought on as Sevilla looked to seize all three points despite their disadvantage. The Argentine, in particular, displayed tremendous individual quality, and the striker nearly scored after a long run by Lamela. The winger then went close a few minutes later but his shot went just wide. Sevilla continued to press for the equaliser and spent a lot of time in opposition territory.

Despite six minutes of added time and the Sevilla dominance, it was FC Salzburg who came closest to a stoppage-time winner, but a magnificent save from Bono kept the scores level and secure a hard-fought point for the Nervionenses. Lopetegui’s side will visit Wolfsburg in 15 days for the second Group Stage match.