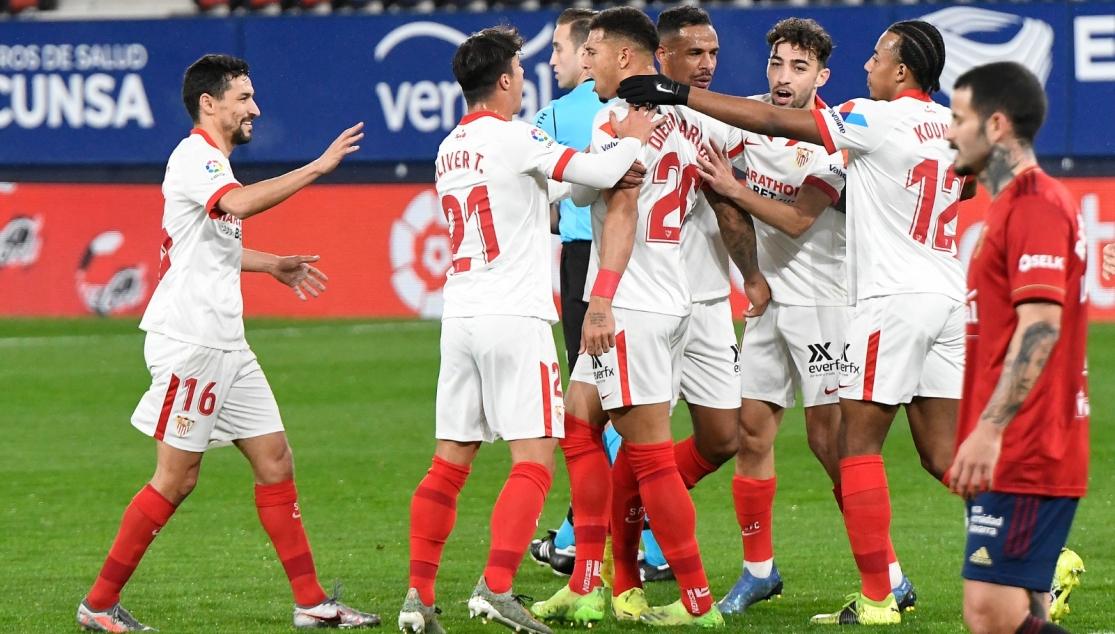 The tally of 48 points after 23 games is Sevilla's second highest tally in La Liga, only one point less than in 16/17

Sevilla FC secured yet another win in La Liga with last night's against Osasuna, moving the team onto 48 points, third in the league, after 23 games played. Diego Carlos and Luuk De Jong's goals were enough to secure the sixth league win in a row after the defeat at the Wanda Metropolitano in January.

Deportivo Alavés, Cádiz CF, SD Eibar, Getafe CF, SD Huesca and CA Osasuna are the sides to have fallen in this run in which Julen Lopetegui's team have picked up eighteen points from eighteen. It was also the tenth win in the last eleven games, with the only blot on the record last Wednesday's defeat against Borussia Dortmund in the Champions League Round of 16. Just two months ago, 22 December, Sevilla went to the Mestalla and came away with a one-nil win. In the following sixty days, the team have played eleven league games, picking up an extraordinary 28 points from 33.

Going back a little more, Julen Lopetegui's Sevilla have an impressive record of twelve wins in their last fourteen away matches. With the current tally of 48 points, the team have their second highest point total after 23 games played - only one point behind the record of 49 set in 16/17