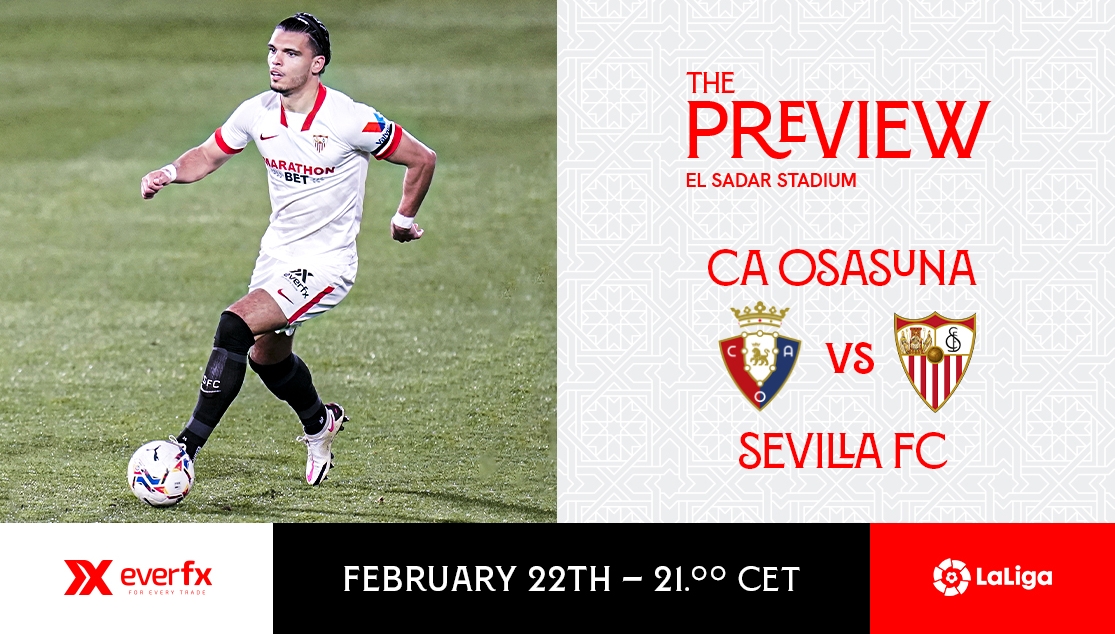 Wednesday's UEFA Champions League defeat against Borussia Dortmund brought to an end a nine-game winning run in all competitions and seven games without conceding. However, the strong LaLiga form is still alive, with five consecutive wins and four consecutive clean sheets. For the first time this season, Sevilla are going into their league match knowing their league rivals' results - the Nervionenses are more used to playing early on in a weekend, but a first Monday night fixture has changed that. This means that fans are able to look at the table permutations, something which Julen Lopetegui shied away from in the pre-match press conference yesterday.

With a win in Pamplona tonight, the Blanquirrojos would move into third in the table, just seven points off top spot. They would also maintain their seven-point advantage over fifth-placed Real Sociedad. Crucially, Sevilla do still have a game in hand, against Elche, over their Basque rivals. This, of course, would be an attractive gap between the Nervionenses and the Europa League places as the end of the season draws ever closer. On paper, all this is very good. However, a tricky test at El Sadar, a newly-renovated stadium which is still, as ever, a fortress for its team, Osasuna. The side from Navarre, who are sat in midtable, took a point in last year's fixture in Pamplona, which stopped the visitors from securing a third consecutive win in this fixture.

There are no new team selection issues for Julen Lopetegui, with all his squad available aside from Acuña and Ocampos, who are still injured. As for the hosts, Jagoba Arrasate will be unable to call on Jony Rodríguez, Chimy Ávila, Rubén Martínez and Iñaki Álvarez. Juan Cruz and Brasanac are back for the encounter, but neither are expected to start. In the reverse fixture in Nervión, Lucas Ocampos' spot-kick sealed the points for the Sevillistas, a result which also brought to a close a run of three consecutive league defeats, against Granada, Eibar and Athletic Club.

Tonight's match will be refereed by Javier Alberola Rojas, from Castilla-La Mancha, who refereed last month's 3-2 win against Real Sociedad in Nervión. He also took charge of Osasuna's recent trip to Heliópolis, where they narrowly lost 1-0. Ricardo de Burgos Bengoetxea, from the Basque Country, is on VAR duty.