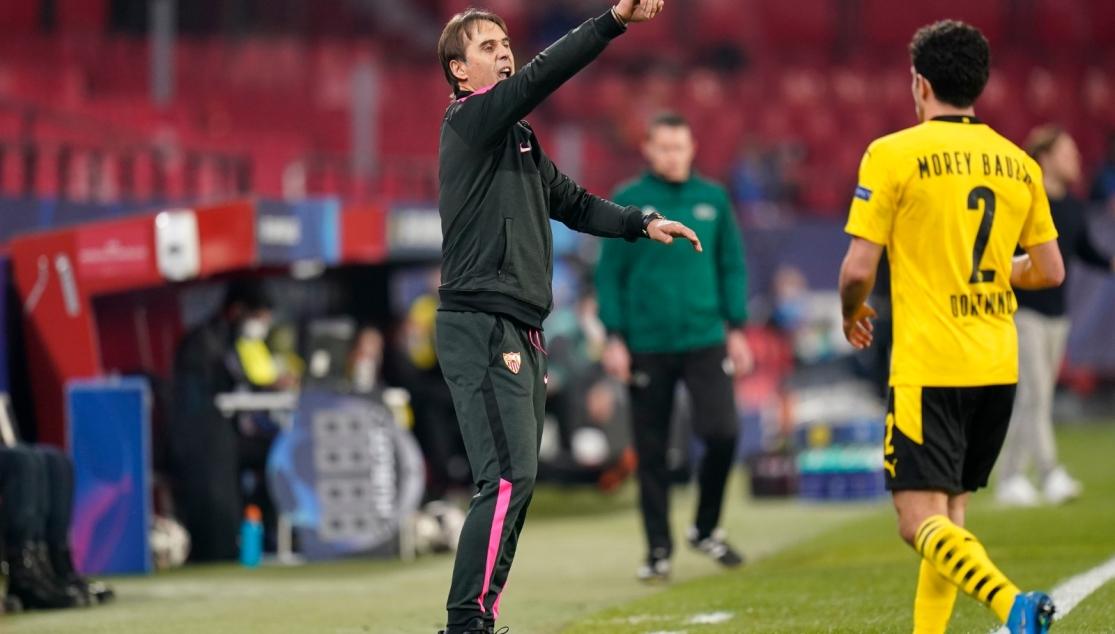 LOPETEGUI: 'THEY PUNISHED US WITH EVERY ATTACK IN THE FIRST HALF'

'The team recomposed themselves in the second half, we put pressure on them and had chances for the equaliser'

Sevilla FC manager Julen Lopetegui analysed the defeat against Borussia Dortmund in the first leg of the Champions League Round of 16 after the final whistle: 'It's not a good result. Losing at home is never a positive result, but we have the second leg and we will hold onto that possibility. We will go full of desire and motivation. We didn't deserve to lose, but they have one of the best players in the world who made a difference tonight and punished us. The team recomposed themselves in the second half, we put pressure on them and had chances for the equaliser. We need to get back up again quickly and recover for what's to come.'

'We deserved to score another and get the draw. They punished us with every attack in the first half and the referee allowed them to play an aggressive game, we need to adjust to that. When we did the team fared a lot better.'

To finish, Lopetegui said 'now we need to recover, clear our minds. A defeat is never good but there are some positives such as our reaction and how we stopped their counterattacks. There are positives aside from the result and we will go to Germany full of desire and motivation to beat them.'