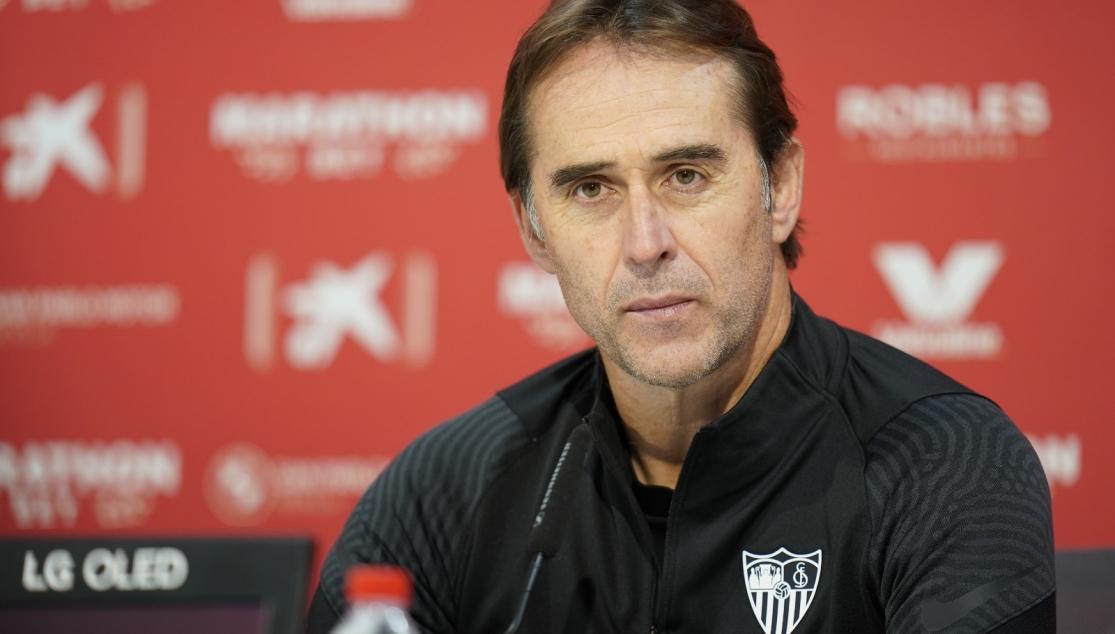 LOPETEGUI: 'WE WILL HAVE TO PLAY THE PERFECT GAME TO COMPETE WITH THEM'

'They have one of the best squads and managers in the world,' Lopetegui underlined

Julen Lopetegui, Sevilla FC's manager, appeared before the media this Monday afternoon in the pre-match press conference ahead of tomorrow's game against Atlético Madrid. The Basque coach, who yesterday extended his contract with the Club until 2024, began by reaffirming 'I am very happy and proud that I can continue with the Club to help it grow and achieve its ambitious goals. It puts a lot of responsibility on me. Now we must focus on tomorrow when we have a more than interesting match ahead of us.'

Lopetegui answered questions regarding Jesús Navas' availability and what could be expected tomorrow: 'Jesús Navas trained normally. Tomorrow we play against the leaders and one of the best teams in the world, there's no doubt about that. They are managed by one of the best coaches in the world and that means the match is going to be as difficult as they come. But we are motivated and prepared to beat them. That is our aim while being aware of the difficulty.'

'Atlético concede very few goals. It's a tough task to create chances against them given how complete they are in all aspects of the game. They have talented players in every position and we will have to play the perfect game to compete with them and that's what we intend to do. The match against Real Sociedad is in the past now,' he continued, wanting to only focus on Atlético Madrid.

Regarding the rest Atlético have had, who saw their game this weekend cancelled due to the snow, Lopetegui said 'it's a reality we have to accept that they will have had more rest coming into the game than us. We cannot chance that. It makes the game even more difficult and we will have to work hard on our performance and response to that. We accept it and we have to focus on finding whatever solutions we can to beat one of the best teams in the world.'

'They go into the game full of motivation, just as we do.'

Julen closed the press conference by speaking about his work in the short term: 'In football, what's next is the most important. Long-term plans come to fruition by achieving short-term goals. What Simeone has done is not very common and that speaks of the incredible work he has done and the ability he has in his squad. They will go into the game full of motivation, just as we will.'