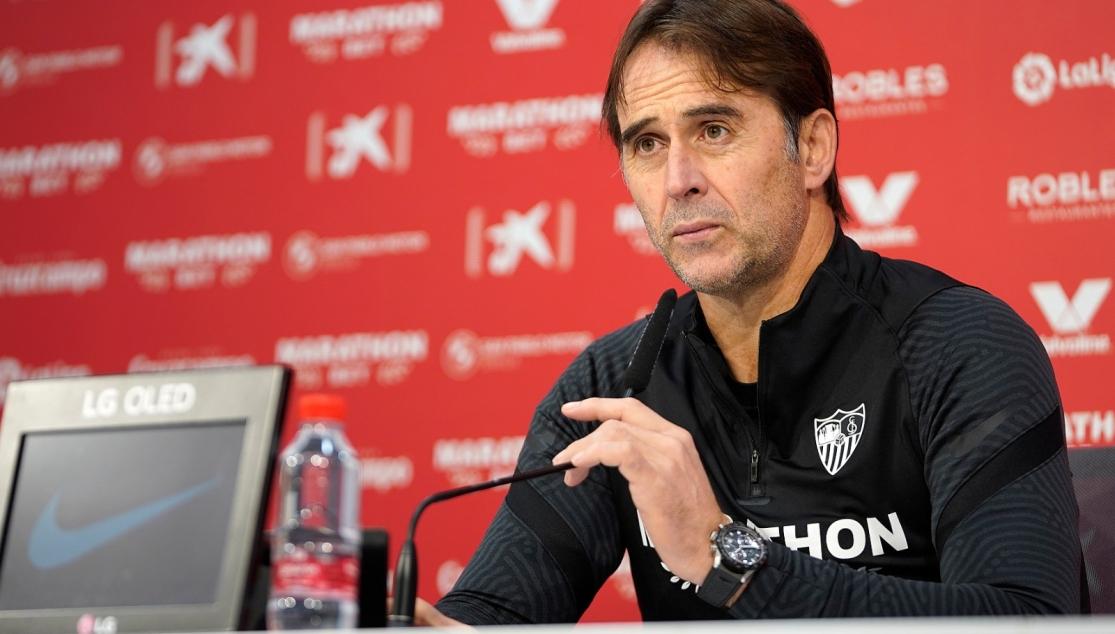 LOPETEGUI: "IN EVERY MATCH YOU PLAN TO OVERCOME AND BEAT YOUR OPPONENT"

"Real Sociedad handle all aspects of the game well, and they have quality, well-oriented players who are in very good shape"

Julen Lopetegui, Sevilla FC manager, has given his pre-match press conference on the eve of the match against Real Sociedad, which will kick off at 14:00 CET tomorrow. The manager began by emphasising that "we're facing a very good side in all aspects, they're improved since last year. They're complete, well-managed, they have an ingrained style of play etc. They have a good mix of young and experienced players. This is a really good team we're talking about. It will be a precious match and they will oblige us to play well tomorrow in order to overcome them".

Lopetegui was asked about his opposing manager, Imanol Alguacil, and his statement in Linares regarding the Covid-19 protocol: "I think he is a magnificent manager and he's doing a great job. His team play and compete very well, and they talk about the great work he's doing. I think the health protocols should be unified, you can't go at 30km or 140km per hour on the motorway depending on the surveillance, the virus does not know the difference between competitions. Misinterpretation does not mean the same thing. I said the same in Lucena. I have so much respect for all teams, I've come from the bottom after 40 years and I know what they are, I praise and admire them".

"Everyone has been able to train apart from Carlos Fernández and Vaclík, who are still injured"

"Real Sociedad handle all aspects of the game well, and they have quality, well-oriented players who are in very good shape, they're well-drilled in all aspects. Everyone has been able to train apart from Carlos, who is still injured, and Vaclík. Tomorrow we'll see what decision we make based on what we'll need", continued the manager.

Lopetegui also stated that "In every match you always plan to overcome and beat your opponent. We know the difficulties that we'll find tomorrow. They play and compete very well and the results that they are getting are no fluke. We'll go there with our confidence and we have to focused on ourselves and doing whatever is needed in the match".

To finish, the manager said that "looking into the future wastes energy on something that we don't need. The reality is the day-to-day. February will arrive once January has passed. We're only focusing on the next match. Competitions and aims are settled in the last seven or eight matches, where where you have to be well-balanced in terms of your fitness, your squad, etc. There's no other reality".