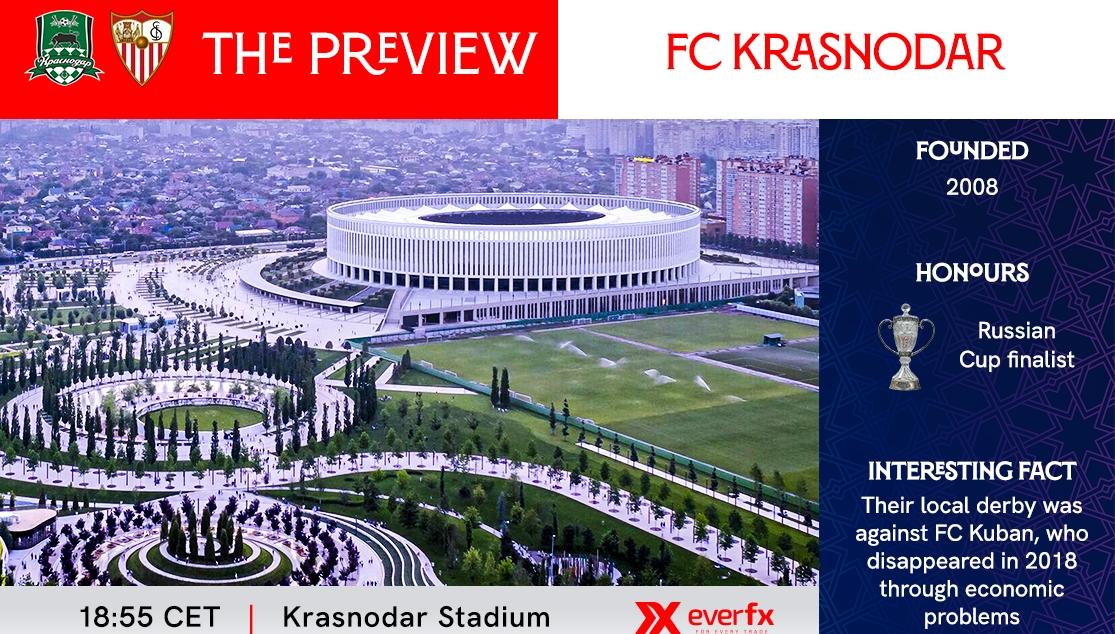 LOOKING TO ACHIEVE THE FIRST GOAL OF THE SEASON

Sevilla FC will qualify for the Champions League knock-out rounds for the sixth time in their history should they extend their advantage in the table over Stade Rennais, who play Chelsea tonight

The season has been going on for only a couple of months, but this frenetic edition has already got more than started. Tonight's against FC Krasnodar, Sevilla have the chance to qualify for the Champions League knock-out rounds for the sixth time in their history, previously accomplishing the feat in 46/47, 07/08, 09/10, 16/17, and 17/18. It will be no easy task tonight, for Russia has not been the kindest country to the Nervionenses, but there are a number of ways the team could grasp qualification tonight.

In one case, a win would not even be enough for Sevilla to qualify and, in another, the team could go through with only a draw against Krasnodar. Everything depends on the result Stade Rennais achieve at home against Chelsea. What Sevilla need to do is increase the current six-point gap in-between them and the French team, whether that be by one, two, or three points. Lopetegui's team must at minimum get a point at the Krasnodar Stadium, which would also put them out of reach of the Russian team.

If Sevilla win, they just need Stade Rennais to not also pick up three points, but even if they draw, a Chelsea win tonight in France would have the team qualify. Sevilla come into the match missing a number of players, with Carlos Fernández, Bono, Acuña, Suso, and Jesús Navas out. Navas absence is compounded by Aleix Vidal not being registered in the Champions League squad, meaning the team is without an official right-back for tonight. Krasnodar come into the game in higher spirits after their latest league win, putting an end to five consecutive defeats, and have regained some injured players such as the Frenchman Cabella.

Sevilla will be looking for their second win in ten visits to Russia. They have only managed to win in 2006 against Lokomotiv Moscow with a goal from Jordi López. They have lost against Torpedo Moscow (1-2), Zenit St. Petersburg (1-2), Spartak Moscow (1-5), and Krasnodar (1-2). They have also drawn twice against Zenit and once against CSKA Moscow. The Italian Marco Guida will be in charge of the match tonight, his first time officiating a Sevilla match. He has refereed Krasnodar on two occasions, in their UEL defeat against Standard Liège and their Champions League win against Porto.