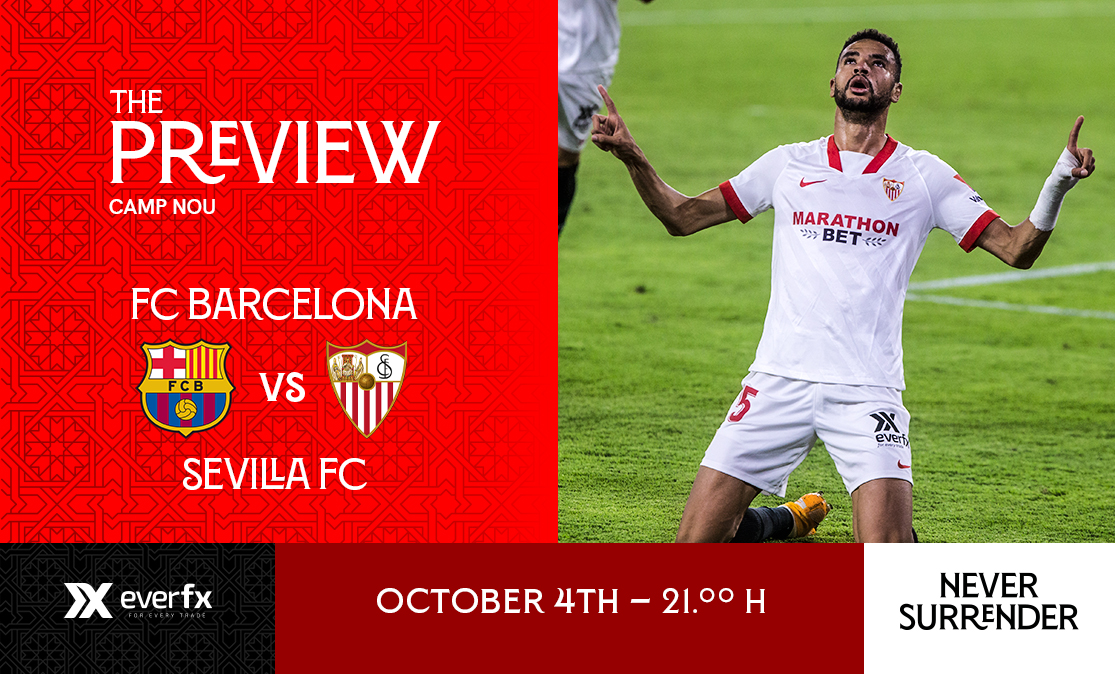 Sevilla FC will contest their third match of this La Liga season tonight at 21:00 CEST against FC Barcelona in the Camp Nou. It is also the last match before the international break, so Sevilla have the opportunity to secure a perfect start to La Liga before heading off on their break. Were Sevilla to win tonight, it would be their first win in ten years away to Barcelona, and the first time in eight seasons to even get a point.

Sevilla arrive to the match with two wins in the bag, last week's win against Cádiz and Thursday's clash with Levante which was decided by En-Nesyri's last minute winner. The Nervionenses' start to the league should fill them with confidence for the match, an opportunity to extend the side's unbeaten run in the league to eighteen matches and to turn around the team's horrible run against Barcelona.

The home side welcome Sevilla with the same points tally, having won their first two games. A 4-0 win against Villarreal and 3-0 against Celta is the positive start Koeman's side has made and they will no doubt be looking to make it three wins from three tonight. The Dutch manager will be without the services of Lenglet, who was sent off against Vigo.

Julen Lopetegui, who will not be on the bench tonight after being sent off against Levante, stated yesterday that he 'would prefer to be on the bench, but the most important people are the guys out on the pitch.' Sevilla's coach highlighted the need to 'compete to the absolute limit' if the side wanted anything against Barcelona, a side he sees having 'renewed energy' and displaying 'some really positive things'.

The match will be played at 21:00 CEST at the Camp Nou and will be officiated by Gil Manzano, with Martínez Munuera on VAR duties.