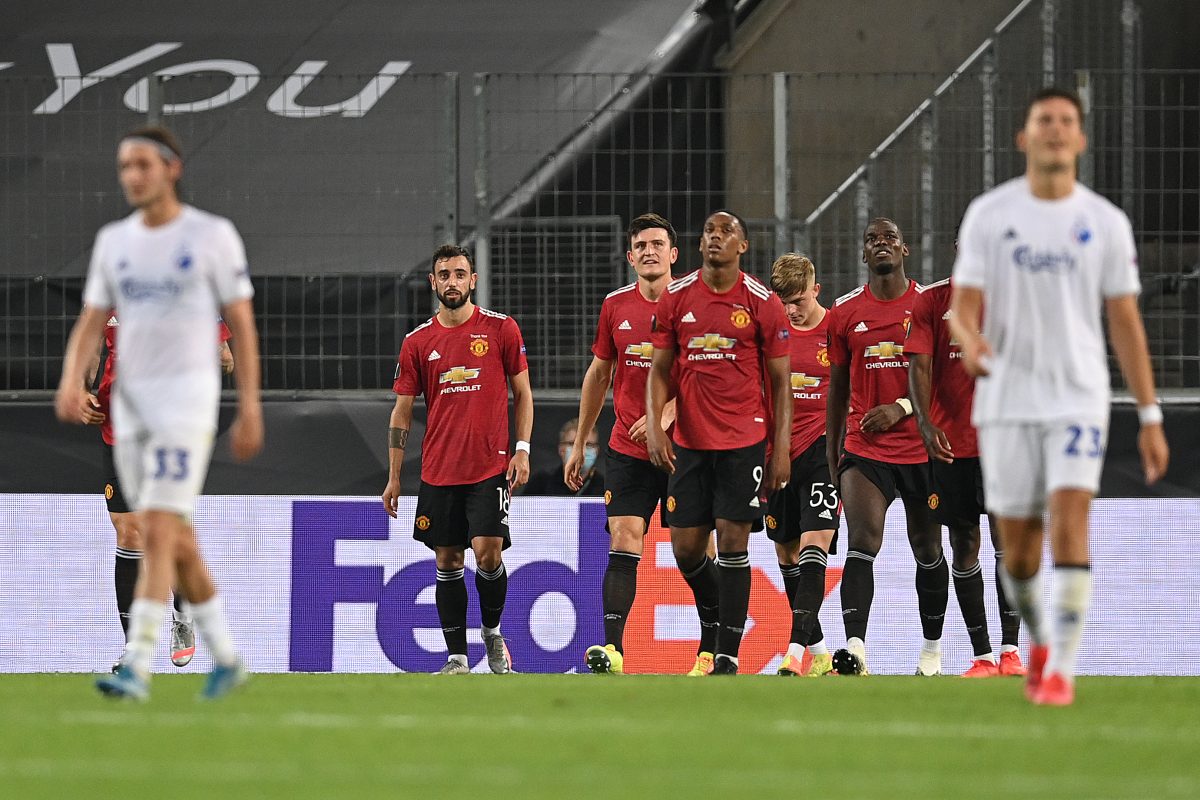 UNITED, AN OLD EUROPEAN ACQUAINTANCE ON A REAL RUN OF FORM SINCE THE BREAK

Entradilla
They have lost just one of the twelve matches that they have played since football resumed, against Chelsea in the FA Cup semi final
Cuerpo Superior

Manchester United, one of the elite clubs in world football. Despite a period of rebuilding since Sir Alex Ferguson retired from management in 2013, the Red Devils have never stopped being a huge club, not just in England, but in the footballing world. For Sevilla fans, the first thought, without doubt, will always be the Champions League Round of 16 tie two seasons ago, where the Nervionenses won 1-2 at Old Trafford thanks to a Ben Yedder brace, placing the club amongst the best eight clubs in the continent.

More than two years have passed since that famous win and, in the following season (2018/19), United came sixth in the Premier League and reached the Champions League quarter finals, where they were beaten by FC Barcelona. They were also knocked out of the FA Cup in the last eight, while a cup upset by second-tier side Derby County meant that they exited the League Cup in the third round, the Round of 32. All in all, an insufficient outcome for a team with the demands they have, and improvements were demanded for the long and unusual season that 2019/20 has been.

In England, 29 league matchdays had been played before the pandemic interrupted the season. The Red Devils were in fifth place, just three points off fourth place, and had already effectively secured their spot in the UEL quarter finals after a 5-0 away win in the first leg against Austrian side LASK. They were also in the quarter finals of the FA Cup. They needed a push to secure Champions League qualification, and what is certain is that United returned to action very strongly.

The northerners took 21 points from their nine league games in the summer, six wins and three draws, which allowed Solskjær's side to break into the top four, where they would eventually finish third, level on points with fourth-placed Chelsea. However, the Londoners got the better of them in the FA Cup. United had beaten Norwich in the quarters but suffered their only defeat since competitive action resumed at Wembley in the semi finals. Chelsea would then go on to lose in the final against fellow Londoners Arsenal.

With Champions League football definitely back at the Theatre of Dreams next season, they hosted LASK in the UEL Round of 16 second leg, something of a dead rubber after the 5-0 win in Austria. Nevertheless, they won the return match too, coming from behind to win 2-1 on the night. However, their match against FC Kobenhavn in Germany was not plain sailing at all, as the Danish side took United to extra time, despite the clear dominance of the English side. A Bruno Fernandes penalty in the first half of extra time was enough to take them through to Sunday's semi final.

On Sunday, the two sides will face themselves in a massive semi final. The prize, returning to Cologne five days later to face the winners of the other semi final, between Internazionale and Shakhtar Donetsk.