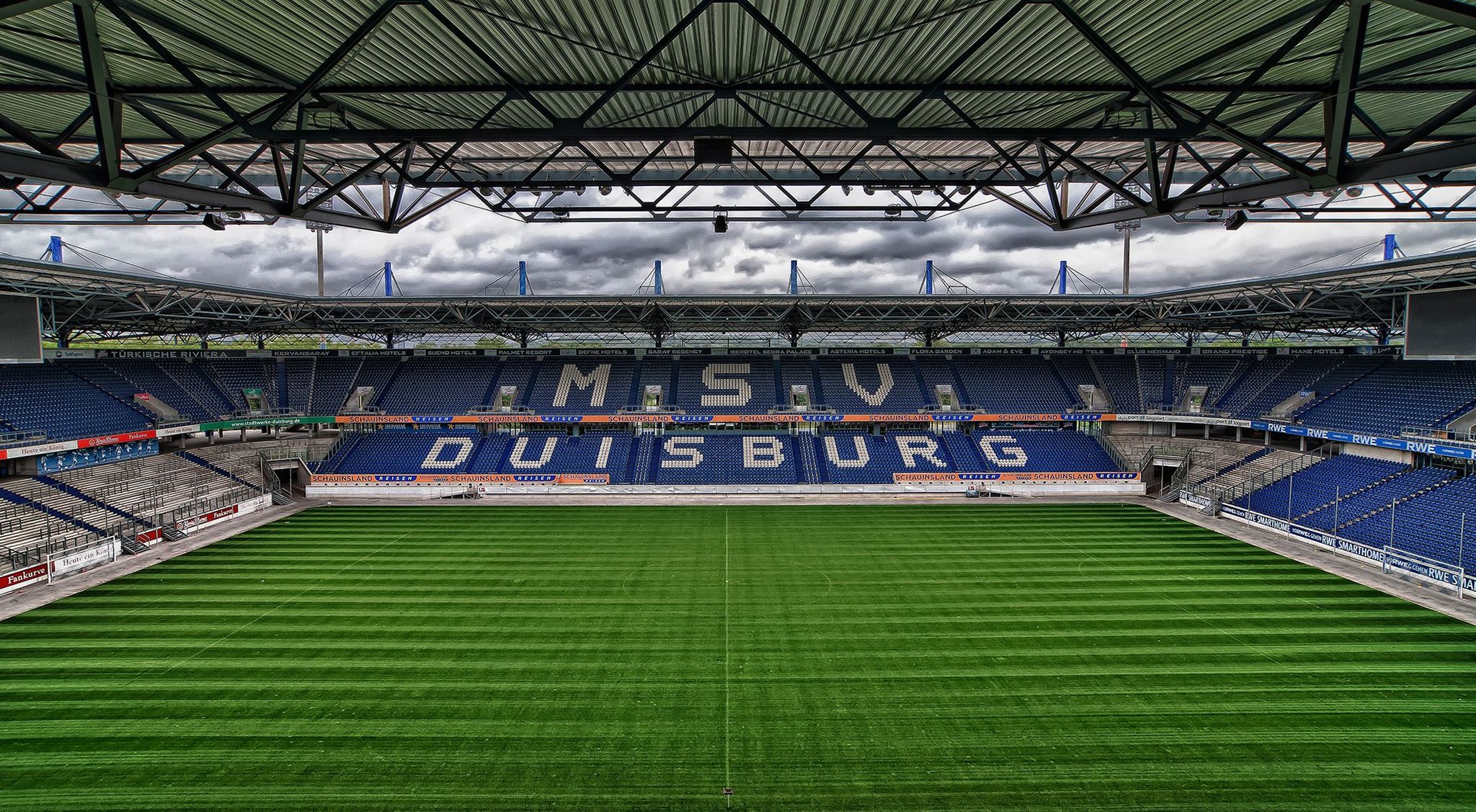 THE MSV ARENA, THE STAGE FOR A HISTORIC UEL TIE

Entradilla
The stadium was opened in November 2004 and has a capacity of 31,500
Cuerpo Superior

Sevilla FC will finally play their UEFA Europa League Round of 16 tie against AS Roma on Thursday 6th August at 18:55 CET. The match will be behind closed doors, of course, and will be played as a one-legged tie in the German city of Duisburg. The Blanquirrojos will face Roma at the Schauinsland-Reisen-Arena, MSV Arena, the home of local side MSV Duisburg.

The stadium was built between 2003 and 2004, and was finally inaugurated on 8th November 2004, replacing the Wedaustadion, the previous home of the team from the Ruhr. The home of The Zebras, the nickname of MSV Duisburg because of their striped kits, has pitch dimensions of 105 x 65 metres, and has a capacity of 31,500 spectators, 7,000 of which are standing spaces.

MSV Duisburg were founded in 1902 and are currently in the Third Division, the Dritte Liga. Their last season in the Bundesliga came in 2007/08, and they reached the final of the German Cup, the DFB-Pokal, in 2011, while they were in the 2. Bundesliga, but were beaten 5-0 by Schalke.