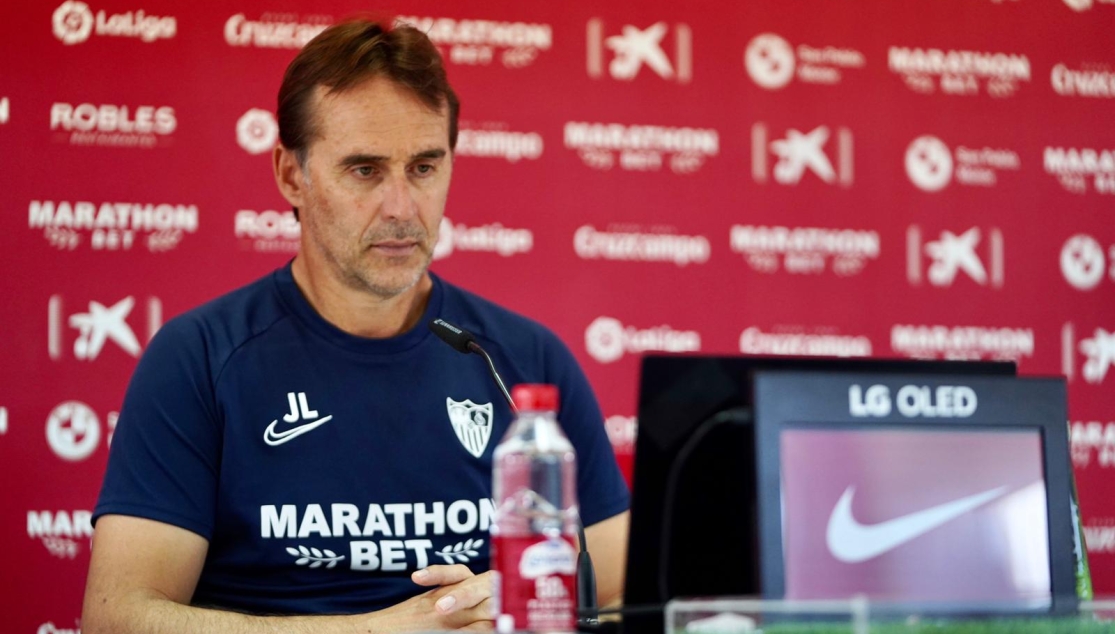 LOPETEGUI: "LEGANÉS HAVE SOME TOP LEVEL PLAYERS WHO WE KNOW WELL"

Julen Lopetegui began his pre-match press conference ahead of tomorrow's game at Butarque by recognising that it is a new opportunity: "Since we returned, that's been the feeling. Every match is an opportunity for every team. It's a complicated match against a side that could have won their last three or four matches, they have good players and will demand us to be at our best. That's the aim, in fact".

The coach admits that some of his players are beginning to feel the effects of the minutes: "In yesterday's review, some are better than others. We have to anticipate that scenario so that everyone can offer us quality minutes. There are players who've had a lot of minutes and we'll see where they are tomorrow".

He offered his thoughts on Leganés: "They're a good team. They have some top level players who we know well. Every team in LaLiga has a good squad, very often because of inertia, teams can be the way they are, but they have grounds to do so and they have good players".

"Every team in LaLiga has a good squad"

Banega's contract runs out tomorrow and Lopetegui hopes it can be extended: "We're working on it and we're hopeful it will be. He's an important player in good form. We'd love it if he could help us in the month that's left, with the important challenges we have. I'm very positive and I hope it happens. That's what I can say".

He was also asked about Munir's role as a striker: "He's a player who can do it and he has different characteristics to Luuk and Youssef. He's already played there and can adapt. We have to wait until tomorrow and we'll assess the eleven. He can adapt to different roles and positions".

"We are focused on improving on those aspects, as are everyone. In the elite it's important and we'll try to do it better. Sometimes there are little things which we must improve on and we'll look to improve in every match. Sometimes it's not about changing, but just changing a little detail", he added.

"Munir can adapt to different roles and positions"

Lopetegui also stressed he is not looking at the rivals for European qualification: "Because there are so many games, we can't think that an away game should help us. We have to pick up points and that's what we have to focus on. It's going to be a continuous battle, we're going to be very up for it at the end and we have to be prepared, rather than thinking about what our opponents can or cannot do".

Finally, he spoke about his touchline ban tomorrow: "The ones who are playing are footballers, they're the ones who feature. I'll be wherever I have to be and can watch the match with perspective. I still don't know where I'll watch it, but the important ones are on the pitch. Now everything can be heard, I'll be able to say something, but it's not something I'm worrying about now".