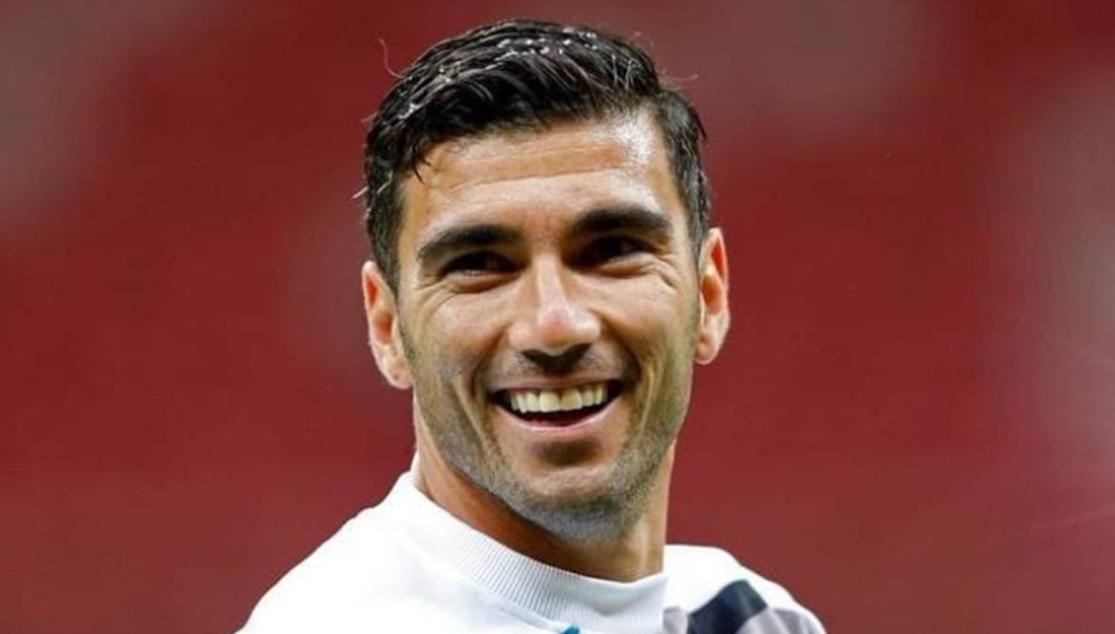 Monchi, Joaquín Caparrós, Jesús Navas, Rakitic o Antoñito spoke to SFC Radio to remember the legend from Utrera a year after he passed away

On a day like today, José Antonio Reyes was the focus on SFC Radio's Solo el Sevilla. The man from Utrera is still in the memory of all those who knew him and especially of those who knew him the most, as it is in the case of the General Sporting Director, Monchi: "José Antonio is still with us because he had that ability. He was always in the mood, his joy, his cheerfulness and his positivity. Obviously a year is not the time. It never will be, but it is not time for us to have forgotten. He is still with us and I try to remember him as he was. With joy and trying to remember the best moments. The goals against Valladolid, Espanyol, Betis in Euroderbi, the pass to Bacca... There are so many things, that I try to keep it in my mind always".

Joaquin Caparros, also from Utrera, wanted to remember him: "When I go to Utrera I think I'll see him and talk to him, or see him in the sports city or in the stadium, visiting his team-mates. He was a complete, universal footballer. We all know the talent he had and how he changed games. When you went to talk to him when he was angry, you would fall apart when you looked him in the eyes. He had something special and it will always be there, in my family and in Sevillismo. He came here very young, grew up and gave us many happy evenings. Those of us who have lived with him have enjoyed it very much".

Caparrós: "When you went to talk to him when he was angry, you would fall apart when you looked him in the eyes"

Another one who knew him well is Manolo Jiménez: "Everybody saw in him something that stood out, that he was going to leave a mark in football as he did. I had him in Sevilla Atlético for a year in the Third Division and I have many anecdotes which would highlight the great person he was. I remember that we were playing a match in Cartaya, on a sandy pitch. He was playing very well, as always, and he was on the receiving end a very strong challenge. We thought that he had broken his leg and they took him to Sevilla to examine him. When the match was over the delegate called and we were told that it was nothing serious but that he would need a week of rest. The following Monday he was training, and he trained with the substitutes so that he would not only have to do recovery work. He was always ready to work".

Companions and friends also featured, like Jesús Navas: "I still cannot believe that we lack his smile and his will to live. I will always miss him and I want to remember all his family. I have lived so many beautiful moments with him that will always be there. He will always be present, he has been everything for Sevilla FC and he will always be. He has always been a mirror for all academy players and we used to focus on him in order to reach the top. Watching him train was a spectacle and he always treated me very well as well as his family. He was more than a teammate, he was a friend who was always there. We should always remember him with a smile on his face, as he always liked to be".

Navas: "He has always been a mirror for all academy players"

"Remembering him in a sentence is very difficult, but I am left with one word that defines him perfectly, which is joy. He has always been very happy and has been able to bring together a whole group. He was always very good to me and very close. I always want to remember him in this way and I take this opportunity to send a big kiss to his wife, his children and his parents. He will always be with us", said Ivan Rakitic.

And of course, his great friend Antoñito: "I still can't believe he's not with us. Many times I look at the phone, the last messages with him and I don't believe it. For me it was a very hard blow, my hair still stands on end. He's been a fundamental part of my career, both at youth level and in the first team. He has helped me as an academy player and as a friend and I have many anecdotes with him. He always had a smile on his face and we have had many experiences in which we have enjoyed ourselves. Wherever he is, I hope he will continue to enlighten us and be with all of Sevilla because he is a very important part of history".

Antoñito: "Wherever he is, I hope he will continue to enlighten us"

Another of his teammates was Lauren: "Football-wise he had it all. He was fast, technical, he had a goal in him... he was able to thread those balls through for the strikers and it was a spectacle. You either have it or you don't, and he had it over the top. That allowed him to be what he was and on a human level you had to laugh with him. He had a permanent smile which he then had to the pitch too. On a footballing level he was a spectacle and on a personal level too".

The program also recalled sounds from the special programme just a year ago, such as the call to Unai Emery: "In addition to all his magic, training and playing, he was always smiling and making jokes. I was close to my teammates and sometimes even had to laugh on the sly. He was special". Also Cesc Fabregas's: "What I remember most about him is that nowadays, with all the problems there are, we forget to smile. Whatever happened to him, he always had a smile on his face and I appreciated that very much".