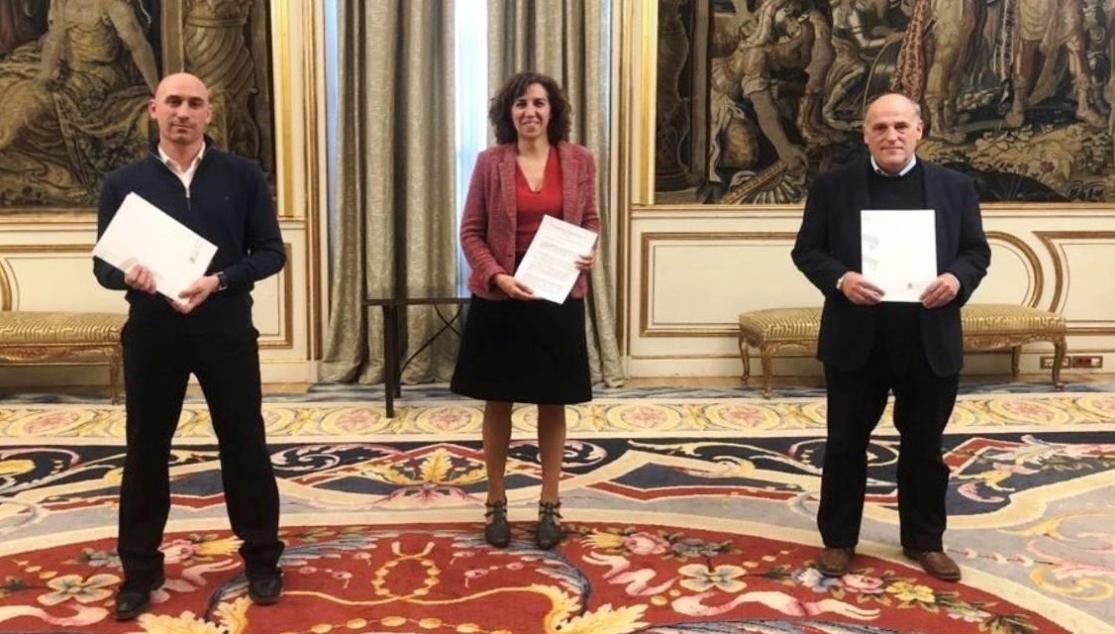 RFEF AND LALIGA AGREE TO RESTART THE COMPETITION ON 11 JUNE

It will start with the Seville Derby, according to the Contact Group, of which both the league and federation are part of, alongside the National Sports Council

The National Sports Council has announced this Friday that, pending the progress of the pandemic, the dates for the start and end of LaLiga Santander and LaLiga Smartbank have been pencilled in, starting with the Seville derby:

The Royal Spanish Football Federation (RFEF) and LaLiga have agreed, within the Contact Group they form together with the National Sports Council (CSD), the format for the development of the eleven rounds of matches pending completion of LaLiga Santander and LaLiga SmartBank.  The resumption of the competition will take place during the weekend of June 13 and 14, with the first match on Thursday, June 11, between Sevilla FC and Real Betis Balompié.  The last day will take place, predictably and always depending on the evolution of the pandemic, on the weekend of 18th and 19th July.

From the development of the conversations in this first ordinary meeting of the Contact Group, created on the basis of the spirit of the Pacts of Viana and under the shelter of the Code of Conduct signed between the parties, it is concluded that there will be no problems or difficulties to specify game days and schedules.  Based on this circumstance, the CSD congratulates the members of the Group for the spirit of dialogue and good disposition shown during the meeting, which was held at the Council's headquarters.

Present at the meeting were, on behalf of the RFEF, Tomás González Cueto and Andreu Camps; on behalf of LaLiga, Carlos del Campo and Óscar Mayo; and on behalf of the CSD, the president's chief of staff, Juan Fernández Carnicer, and the diplomat Joaquín de Arístegui.  The Contact Group will meet on a monthly basis, although, at the request of the parties, it may hold additional meetings depending on the circumstances”.