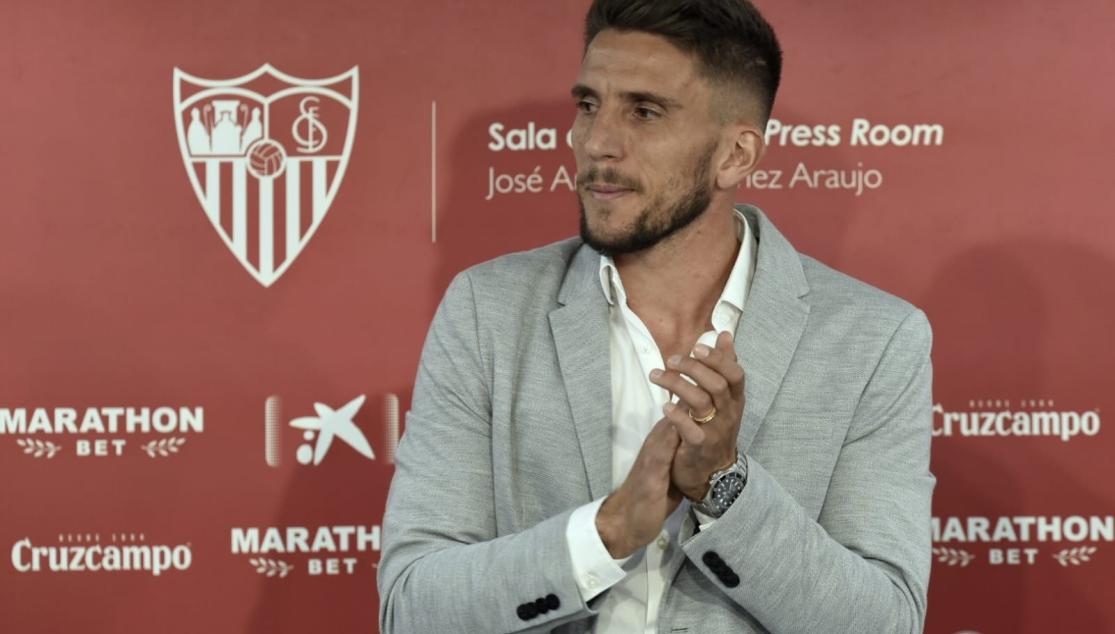 CARRIÇO: "WHEREVER I GO I WON'T BE HAPPIER THAN I WAS AT SEVILLA"

"Unity is key in these moments to achieve your goals. They all have to stick together"

On the day of his farewell as a Sevillista, although Club President José Castro made clear that it was only a "see you soon", Daniel Carriço responded to questions from the press in the press room at the Ramón Sánchez-Pizjuán: "If you had told me on the first day that this would all happen, I'd say it was impossible. I'm leaving behind a mark, and trophies. It's a tough day but I'm leaving with a clear conscience, for the sacrifice I gave for the club and my teammates".

"I've got the memories of the first Europa League against Benfica. We were worn out heading into the shootout and we were able to win. Football is like that, I wouldn't have left like this if I could have chosen. I wanted to leave on good terms, although it's painful for me because I am committed to the end and I did not want to leave halfway through the season without achieving our aims, I wanted to help until the end. However, sometimes the timing of the transfer windows can't be controlled", stated the centre-half.

"A dream has come true for me. My heart will always be Sevillista"

Carriço said that "a dream has come true for me. My best moments as a footballer were the ones I enjoyed here. Wherever I go I won't be happier. My heart will always be Sevillista. I'm leaving to continue enjoying my football".

The ex-captain spoke about the rest of the season: "Unity is key. This is a key moment and you can only achieve your goals with unity. Unity between players, coaching staff, fans, etc. To win titles and have good seasons, it's key. Now everyone has to pull together to do so".

"I'm sad to be leaving my home, but I have grown as a footballer and a person"

"I have grown as a footballer and a person. I'm totally different. Here I've learnt a lot, I have new values and I'm a more well-rounded person. I'm sad to be leaving my home but I have new hope in a new challenge", said the man from Portugal.

To finish, Carriço spoke about his arrival at his new club: "The world knows the situation they're in. They have guaranteed my safety until everything is sorted and this helped me to make decision more calmly".