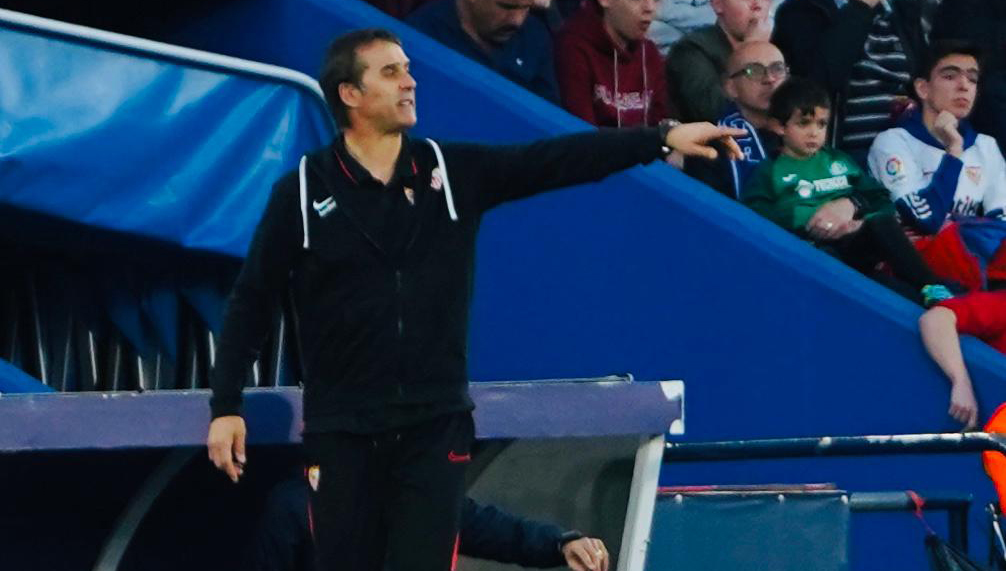 JULEN LOPETEGUI: "WE HAVE TO BE PATIENT AND TRUST THE PROCESS"

Entradilla
"Sometimes you'll play well but not be efficient; today, we were both"
Cuerpo Superior

Sevilla FC's manager, Julen Lopetegui spoke to the media after the win in the Coliseum: "We're delighted as we've won a game against an excellent side. The stage was set for the boys to come out and redeem themselves by getting a good result. Over the last few games we've been getting results that we weren't expecting, and coming out of the games deserving more than what we got. The team played very well and we won an important game".

Lopetegui couldn't hide how well the team did: "It's a tricky ground to come to as you play against a team who have a very clear way of playing. They've been doing it for years now and it's not an easy place to come for any team. Sometimes you'll play well and not be efficient; today, we did both".

He went on to highlight how much the team wanted to redeem themselves: "The boys had been upset, as well as us. Each defeat hurts us as much as it hurts all the fans. We had been suffering because we hadn't been getting the results that we deserved in those games. We're aware that they only way to keep going is with calmness, faith and hard work. Before we weren't that bad, and neither are we now brilliant that we've just won this game. You have to stay patient and have confidence in the team, as it's a long season for us all. Today we won what was a tough game and that's that. Now, we have to start thinking about Thursday's final as the hard work doesn't stop".

Julen spoke about the importance of not conceding in the game: "It was incredibly important to not concede and we were defending with relative ease. It's very important for the boys to feel this defensive solidity". On the other hand, the coach spoke about the risks you take in only making one change to the starting line up from the game against Cluj in midweek: "We wanted to give the team some continuity, as we understood that this came would have similar connotations. The boys responded fantastically".

He went on to say how the win would give the squad confidence: "It opens up the possibility of playing again on Thursday. We always want to win. We have to train well, get ourselves motivated and play the game as if it were a final". Lastly, he spoke about Vaclik: "We don't know, but we hope it's nothing too serious".