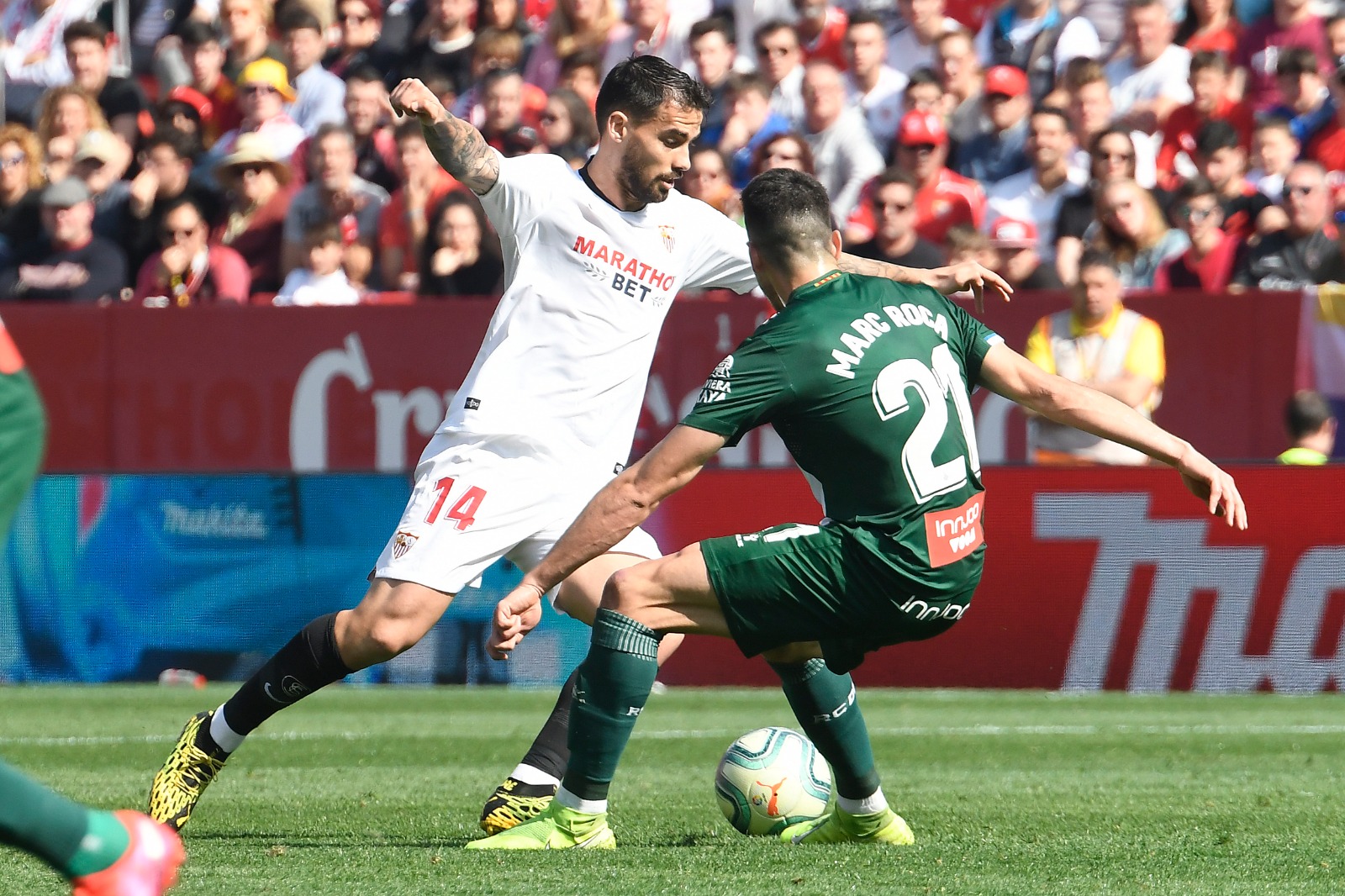 2-2: ANOTHER TWO POINTS DROPPED AT THE SÁNCHEZ-PIZJUÁN

Entradilla
Espanyol came from behind to take the lead, but they were reduced to 10 men before Suso's late equaliser
Cuerpo Superior

Sevilla FC again dropped points in LaLiga, and are now three games without a win in the league. This time it was RCD Espanyol's turn to come away with a point from Nervión, a result which looked unlikely after an early goal from Lucas Ocampos. They equalised just before the break and took the lead in the second half, but Suso scored late on to level the scores after Espanyol had been reduced to ten men.

The first half began with a bit of uncertainty from both sides, who tried to take control of the game and push into the opposing halves, but without threatening too much. Sevilla took the lead after a quarter of an hour, as Suso's sublime cross from the right was headed back across goal by Ocampos, leaving Diego López comfortably beaten. They could well have doubled their lead a few minutes later, as En-Nesyri also got on the end of another pass from Suso, but this time López was able to tip it away for a corner.

Espanyol took advantage of a VAR call and equalised, before taking the lead in the second half

There were no real chances until the 35th minute, when chaos broke out. The referee went to the VAR monitor and blew for a free kick and yellow card for Sergi Gómez, causing real confusion. It would get worse for the Nervionenses as the resulting free kick was then converted by Embarba. Tension and nerves then began to set in for Sevilla, who were unable to take the lead before the half-time whistle.

The start of the second half also went badly for Sevilla, who started nerviously, and Espanyol took full advantage of this. Wu Lei was sent clean through on goal by a hopeful ball from Calleri, and he was able to beat Vaclík from close range and send the Catalan side in front. The goal triggered a reaction from Julen Lopetegui, who made three attacking substitutions as Sevilla went out in search of turning the game around to pick up points.

Suso's goal ten minutes before half time offered Sevilla a chance to win, but they were unable to beat Diego López

Sevilla threw everything at Espanyol, and in the end it paid off. After Víctor Sánchez was dismissed for Espanyol with twenty minutes to go, Suso cut in from the right hand side and fired low into the López's bottom left-hand corner from distance. The push for a victory was now on, and the Nervionenses camped in Espanyol's half. Both Jesús Navas and En-Nesyri had good chances to score a winner, particularly Navas, whose effort was just tipped over the bar, but the goal was not forthcoming, and the points were shared.