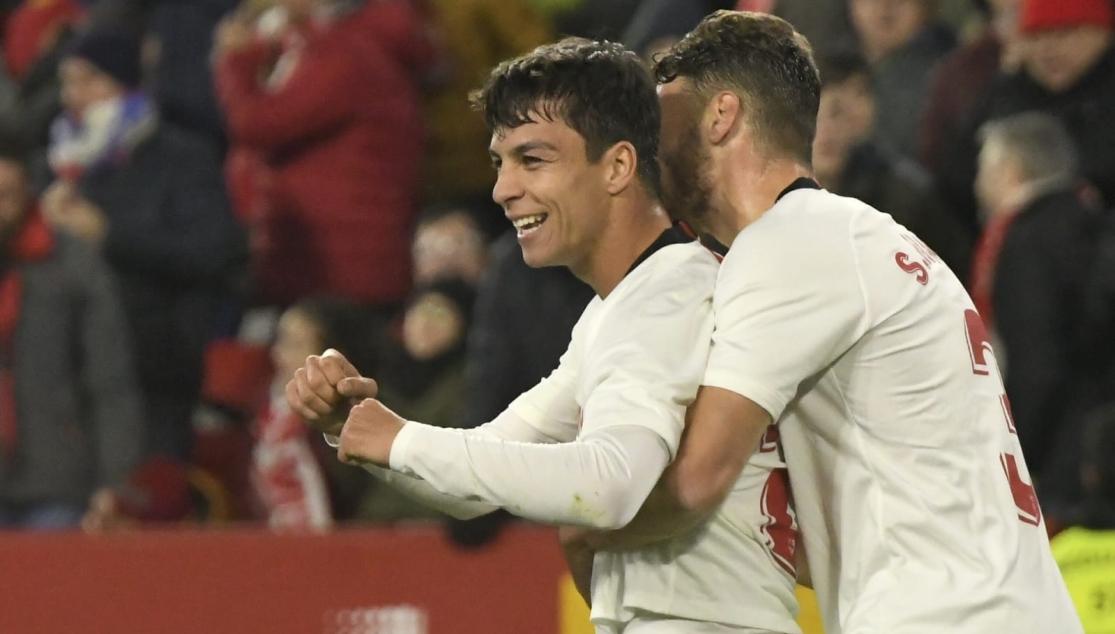 Óliver Torres spoke to the mixed zone after the Copa win last night over Levante UD: "We knew the importance of the game, and that it would be difficult because of who we were up against and the firepower they have up top. However, we came out to dominate and we played very well all over the pitch".

The team deserved to score more in the first half, but could only head in at half-time with the scoreline level: "This is just what football is. You get punished for the smallest of errors. However, the team responded well and didn't let their heads go down. It was one of our best home performances of the season". In addition, he was pleased with his own performance: "I'm happy and comfortable in that position, and I'm able to rely on all of my teammates. We played entertaining football which speaks highly of all the individual performances out there. Let's just wait and see if there can be more games like this".

On his goal, he was happy that what they had been practising on had worked out well: "I always ask my teammates to look back whenever they get to the by-line. De Jong picked me out and I was able to score". To finish off, he spoke about Friday's draw: "We know that in this format, every game is a final. Whomever it may be, the goal is the same - to win the Copa del Rey".