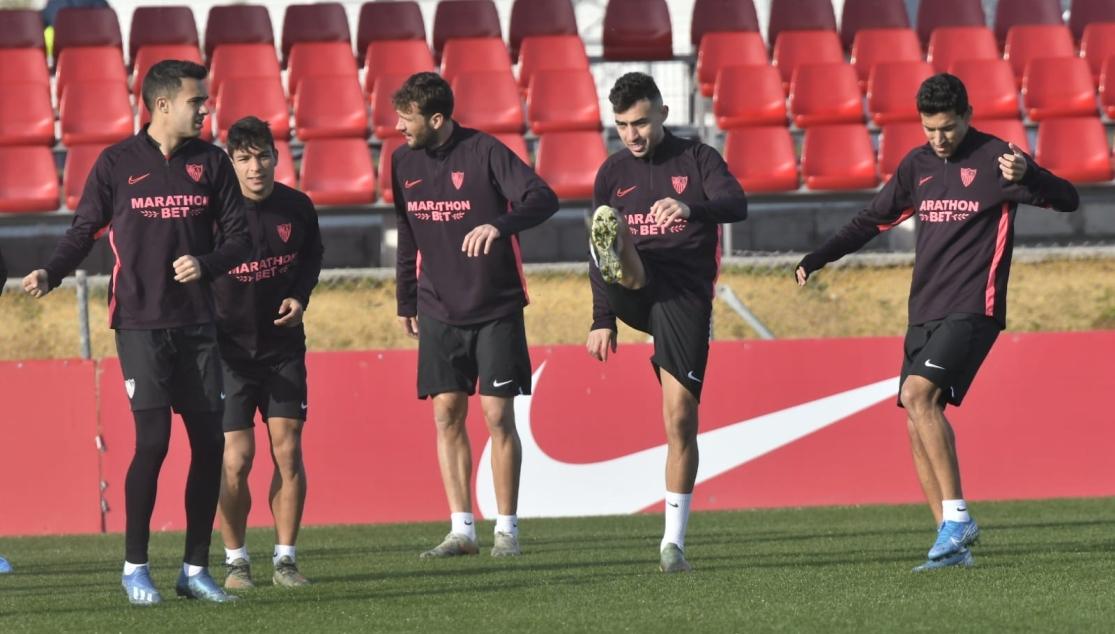 Genaro and Vacas from the academy joined in today's session

It was the third training session of the week for Sevilla FC, and one in which the players continued to prepare for the upcoming away game. Said game will take place in none other than the Santiago Bernabéu, and Julen Lopetegui continued to train his troops this morning for the upcoming clash against the Madrid outfit. Those absent from today's session included Jordán and Bryan, with the latter representing Spain U19 in a friendly against their Italian counterparts. Both Genaro and Vacas, from the academy, took part in the training session as replacements.

The team will train again tomorrow, Thursday, at 10.30 behind closed doors. On Friday, the team will train at 11.00, and will then head directly to the airport - but not before Julen Lopetegui gives his habitual pre-match press conference at the training ground.