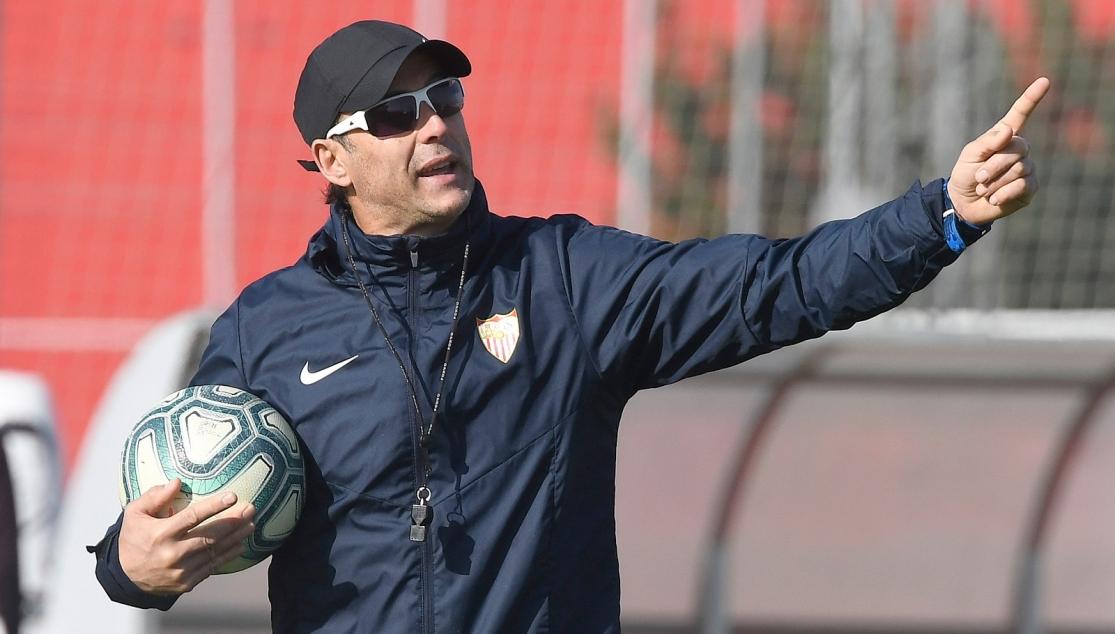 LOPETEGUI: "WE'RE KEEN TO GO THROUGH"

The manager offered his thoughts on the Copa del Rey third round draw, which pits Sevilla FC against Levante UD

Julen Lopetegui spoke to official media about the Copa Del Rey third round draw, which is a home tie against Levante UD: "They're a very good side, it's tough because it is just one match". Asked about drawing a First Division side, his thoughts were clear: "The experience of LaLiga serves both of us well, we've both experienced it. There's always hitches, but it's all or nothing, there's no alternative to winning. This format obliges teams to win".

The manager did not place too much importance on playing at home: "That's the draw. We're keen to go through and the context isn't decisive. We have to overcome it, this time we don't have to travel and you always prefer to play at home, but it's a final and we have to win wherever we play".

However, before the cup tie there is a clash against Real Madrid: "We'll approach it as we always do, thinking about the next match. Now we have Real Madrid, such an exciting and difficult match. We have to prepare well and then we will think about whatever is next".