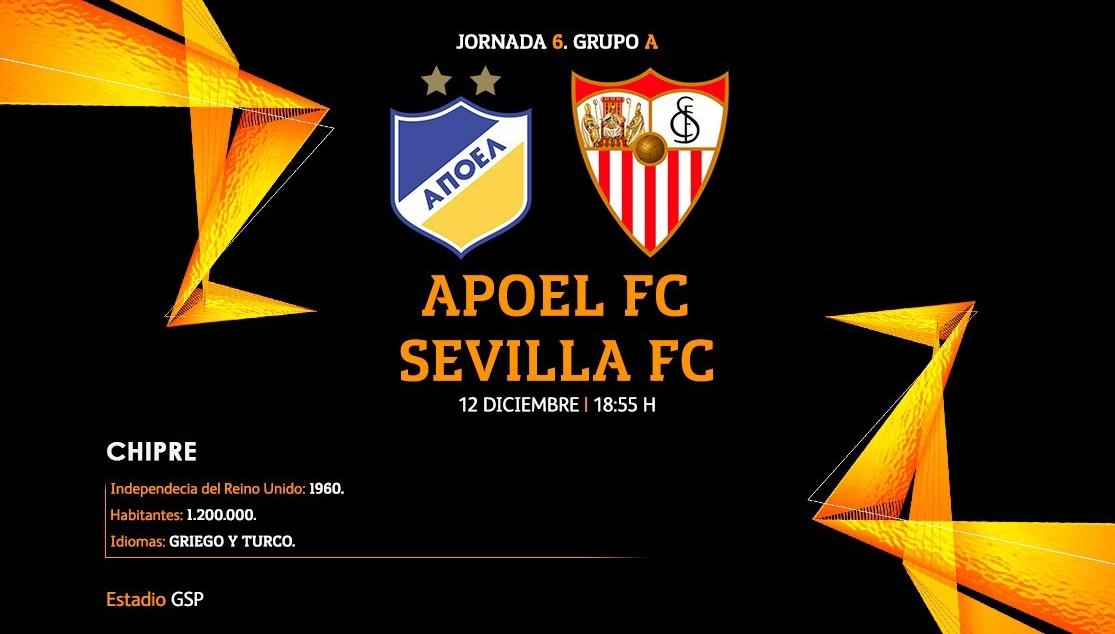 The UEFA Europa League returns and this time, it's the last match on the year and the last match until February. Sevilla FC will learn the team whom they'll face in the Round of 32 on Monday 16th December at 13.00. Sevilla have travelled to Cyprus in order to finish off the group in style, by trying to maintain their 100% record after winning their first five games. Lopetegui has called up 21 players for tonight's encounter, eight of which are academy players who have never made their debuts with the first team.

Already qualified as group winners after the fourth match away in Luxembourg, Sevilla went into the match at home against Qarabag and now go into tonight's match with their work already done. Moreover, the home side tonight have already qualified, after beating Dudelange in the fifth matchday and making the most of Qarabag's defeat at the Ramón Sánchez-Pizjuán to secure their passage into the Round of 32.

Sevilla travelled to Cyprus on Wednesday, after training at the Ciudad Deportiva José Ramón Cisneros Palacios. After a delay of a couple of hours, they took off from San Pablo Airport and landed in Cyprus where, almost straight after, Julen Lopetegui and Bryan Gil gave the official press conference. In it, the coach underlined the need to continue competing, as the team have been doing day in day out. In addition, Lopetegui spoke about the "ambition and prestige" in the competition which Sevlla always take seriously.

The game will take place this evening, at 18.55 in the GSP Stadium. The referee will be Nikola Dabanović.