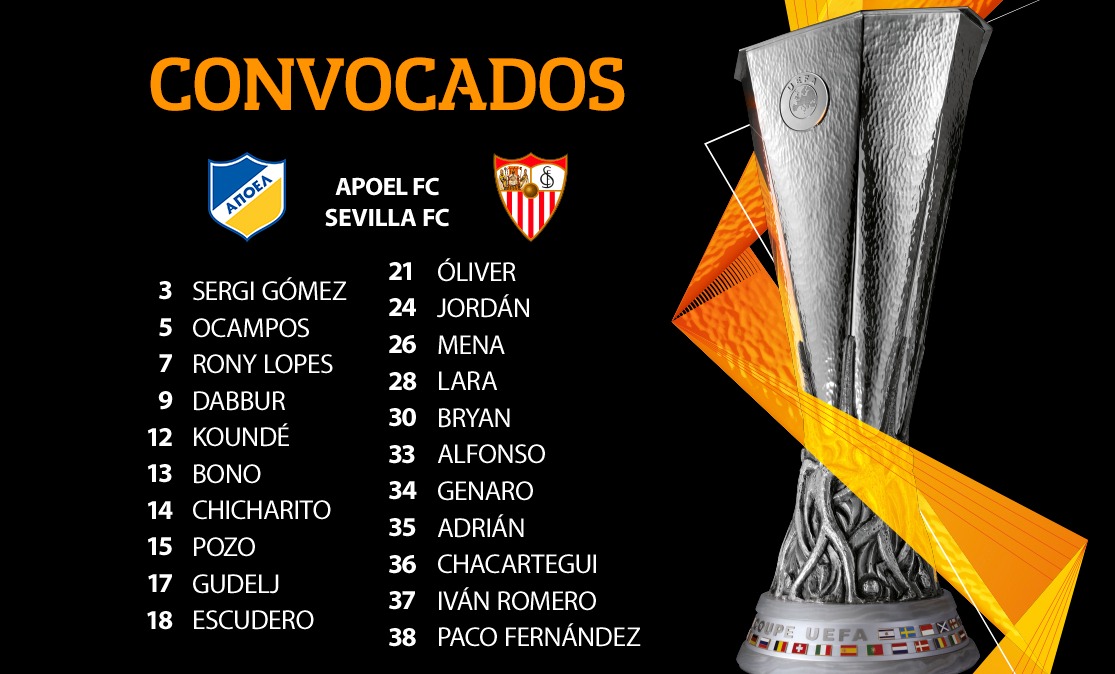 Sevilla FC have trained this morning at the Ciudad Deportiva José Ramón Cisneros Palacios, the second training session of the week. Julen Lopetegui's men trained at the Estadio Jesús Navas ahead of this week's matches against APOEL FC and Villarreal CF.

As soon as training finished, Lopetegui confirmed the squad which will travel to Nicosia for the sixth match of the UEFA Europa League group stage, which takes place tomorrow at 18:55. 21 players will travel, including a good number of academy players who regularly train with the first team.

The squad will fly out this morning from Seville San Pablo Airport and will immediately continue their preparations for the match.