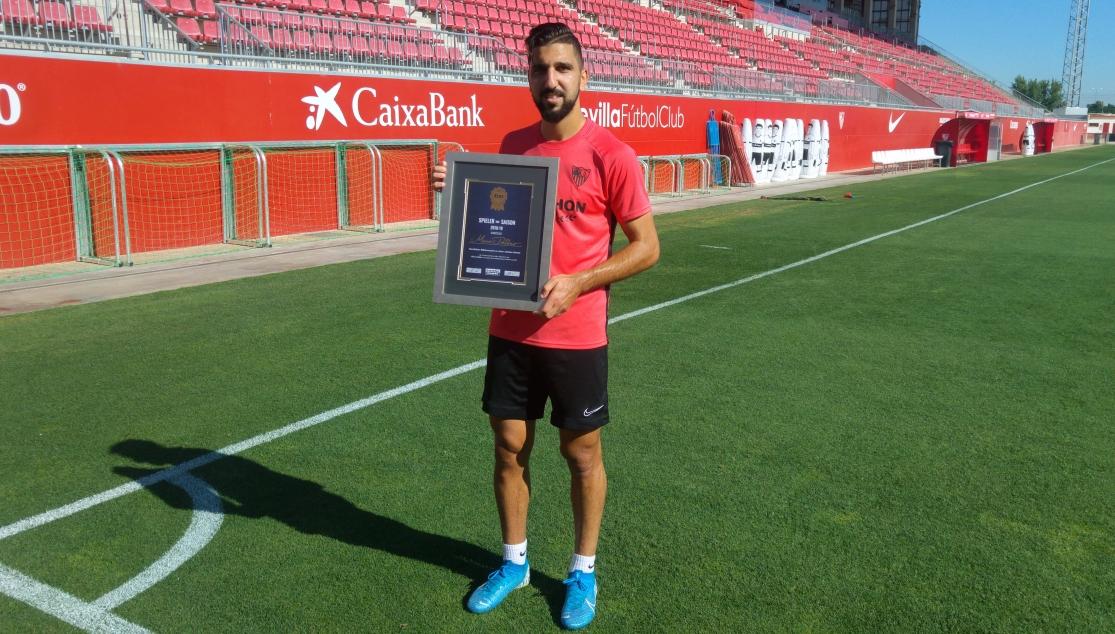 Transfermarkt, the football statistics website, has become a reference point in recent years for compiling stats for players all over the world, and has named the Sevillista Munas Dabbur as the player of the year for the Austrian Bundesliga in 2018/19. As well as winning the league with RB Salzburg, the Israel was also the league's top scorer, with 20 goals.

Dabbur, whose signing for Sevilla FC was announced in January but only took effect at the start this season, received the award after a session at the training ground. Thestriker wanted to thank Transfermarkt for the prize, which he "truly values".