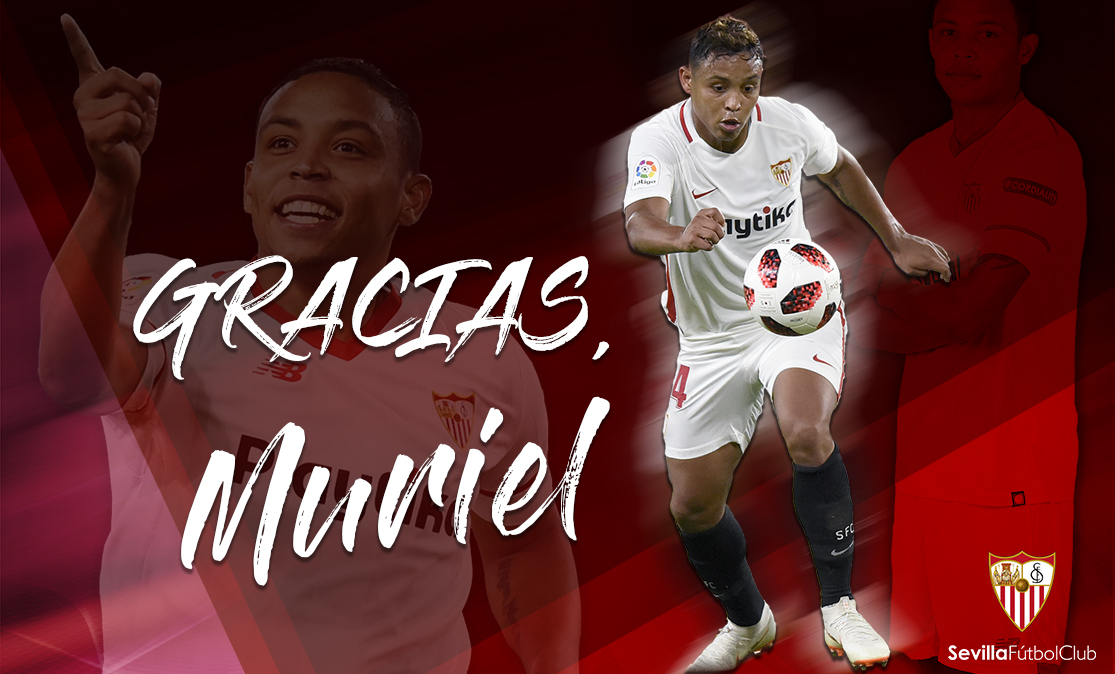 AGREEMENT FOR THE TRANSFER OF LUIS MURIEL TO ATALANTA

Sevilla FC and Atalanta BC have reached an agreement for the transfer of Luis Fernando Muriel to the Italian side. Muriel, who had travelled with his national team for the Copa América before picking up an injury, returns to Serie A - where he has been on loan since January, and where he played before joining Sevilla FC.

Muriel signed as Sevillista from Sampdoria in summer 2017 and in his first season played a total of 46 games (29 LaLiga, 9 Copa del Rey, 8 Champions League). In that season, Muriel scored 9 goals. In the following season, under the instruction of Pablo Machín for the first half of the year, he played 10 UEFA Europa League matches, 6 LaLiga matches, 2 Copa del Rey matches and 1 Spanish Super Cup match, contributing 4 goals. In January, he was loaned back to Italy, this time to Fiorentina, where he scored 9 goals in his 19 Serie A and 4 Coppa Italia matches.

At 28, Muriel returns to Italy to join Atalanta, who last season qualified for the Champions League. Sevilla FC would like to thank Muriel for his work in these two years and wishes him the best of luck in this new chapter.