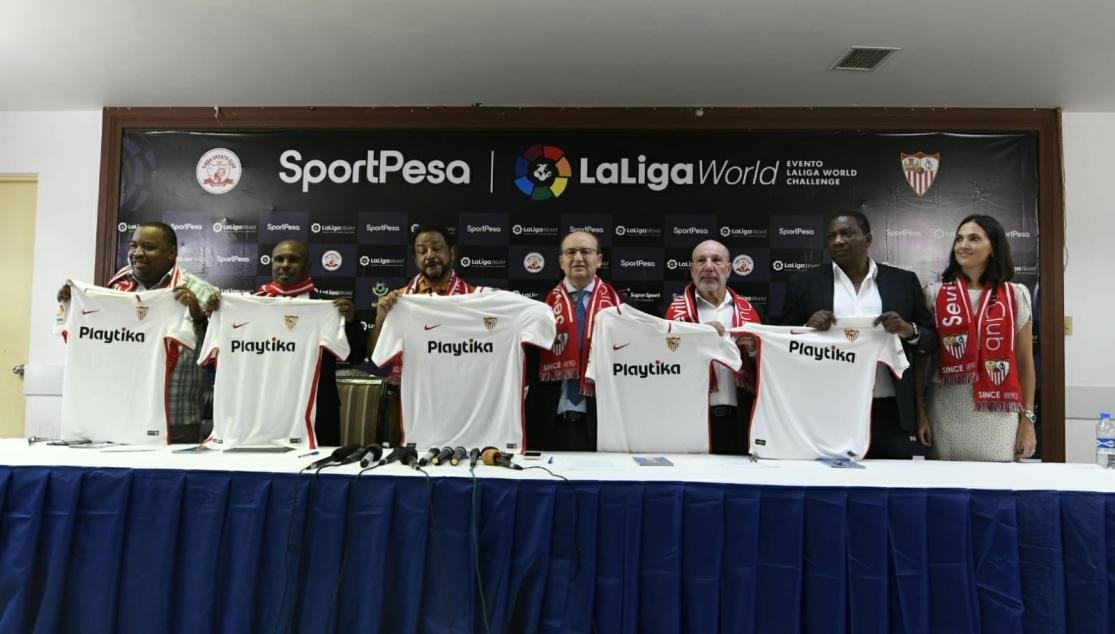 JOSÉ CASTRO: 'IT'S AN HONOUR FOR US TO BE THE FIRST LA LIGA TEAM IN TANZANIA'

'The country has shown itself capable of organising massive events,' he added

Sevilla FC's game in Tanzania this Thursday is generating a raucous atmosphere within the African country. A packed-out national stadium with a capacity of 60,000 is expected tomorrow and there were more than 30 journalists at José Castro's press conference this morning, many of them from nearby countries like Kenya and Nigeria.

José Castro began by emphasising that 'we are extremely happy to be in Tanzania; it's an honour for us to be the first Spanish team and second European one to be here. We thank all the authorities and everyone on this tour because since we arrived they have been helping us and treating us very well. This undoubtedly shows that Tanzania is prepared and has the resources to host these kinds of massive events.'

The president congratulated Simba SC in Swahili: 'Today, the team against which we will compete won their twentieth league title. We can only say "hongera sana, Simba" to the champions.'

José Castro stated: 'The game is important for us as it will be a great spectacle and competitive. It's an honour to be the first team from the best league in the world to visit Tanzania and that's why we hope and we're sure that this visit will aid both La Liga and Tanzania.'

'I'm sure these deals will be of benefit to both parties, such as the academies. The good work of Spanish clubs will help children in Tanzania and lead to top players coming from East Africa,' concluded the president.