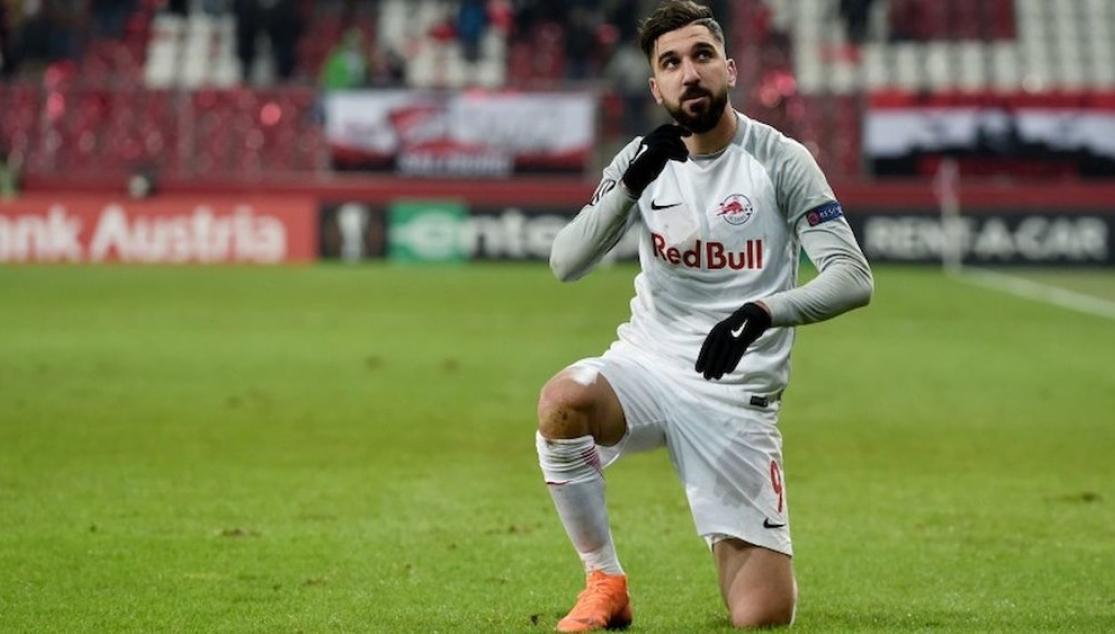 Sevilla FC and Red Bull Salzburg have come to an agreement over the transfer of the Israeli striker Munas Dabbur to the Nervionenses, which will come into effect on 1 June 2019. The player, born in Nazareth, signs a contract for four seasons, until June 2023. Dabbur will spend the rest of the season at his current club, Red Bull Salzburg.

Dabbur is 26 years old, born on 14 May 1992 and is 1.8 metres tall. Dabbur started his footballing career in his country, in the 2011/12 season with Maccabi Tel-Aviv, playing 33 games and scoring nine goals, including a goal in the Europa League qualifying rounds. Dabbur spent two more years at Maccabi, playing another 45 matches and scoring 14 goals.

He left the Israeli side in 2013/14 to go to Grasshoppers in Switzerland, where he played until 2016/17, before signing for Red Bull Salzburg. The forward played almost 100 games in Switzerland between the league, cup, Europa League and Champions League qualifying rounds, scoring 49 goals - almost a goal per game. His best season was in 2015/16, when he scored 19 goals and set up 13 goals.

In this current season, Dabbur has 20 goals in 30 games

Dabbur signed for Red Bull Salzburg in 2016/17, having now played over 100 games for the Austrian club, including many in the Champions League and Europa League. He has scored 55 goals there, 20 of them coming in this current season in only 30 games. Sevilla FC's new striker is also an international for Israel, having played for the U-19 and U-21 sides before making his debut for the senior side in 2014. He has played 11 matches for Israel, scoring one goal.

Sevilla FC sign a mature player with a goalscoring instinct, ready to conquer a competition as competitive as the Spanish league, as well as having considerable experience in European competition.