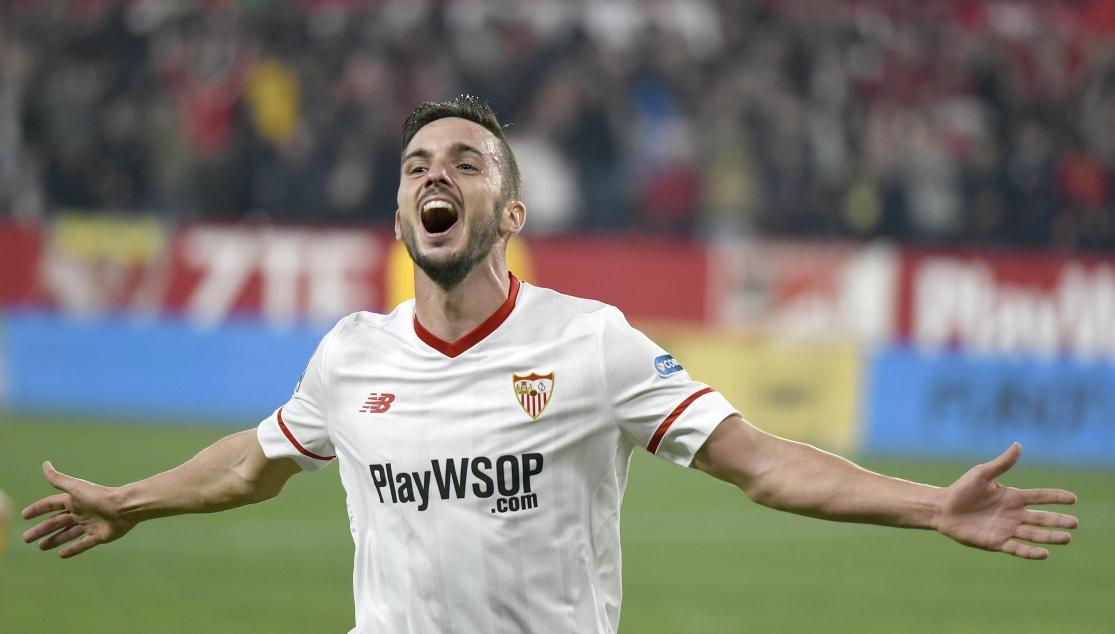 A CHANCE TO MAKE A STATEMENT

Atlético Madrid come to Seville, kicking off a run of eye-watering fixtures at home that will close out the season. After beating Simone's side in the quarter-finals of the Copa del Rey, Sevilla will be looking for a repeat - if not improved - performance this time. A win would keep pressure on Valencia and Real Madrid in the Champions League spots

There is still time to dream. Now it's time to be brave in La Liga. Montella's Sevilla FC have started to look determined and now is the ideal moment to show a winning mentality. With eye-watering fixtures still to come in the Ramón Sánchez-Pizjuán, Sevilla kick off a run of games that could make all the difference in domestic league competition and could determine whether the Nervionenses have a shot at Champions League football come the end of the year. Matches will be difficult but all Montella's side can do is show they are up for the battle. First up: Simeone's Atlético Madrid.

With a strong mentality and the crowd behind them, the two-legged cup tie was proof that Sevilla can get it done against Atlético in the right conditions

Sevilla FC vs Atlético Madrid generally doesn't evoke positive memories for the Sevillistas in seven Madrid league visits. The most recent one in Nervión, however, in October 2016, concluded with a 1-0 home victory, with a goal from Nzonzi starting from midfield. In October 2010, Sevilla won again, 3-1 in front of the Nervión faithful. Between both wins, the Madrileños chained together three wins (0-1, 1-3 and 0-3) and two draws (1-1 and 0-0). A
negative streak that Sampaoli's Sevilla stopped short in a great second half of the season over a year ago now. The Sevilla of Montella will want to replicate the reference from the Copa del Rey this January, but know they must offer the same, if not more intensity and level of football than then - against an opponent who proved themselves more than competitive throughout the tie.

Atlético's numbers in the league are irrefutable: They have played 12 home games, with eight wins, three draws and one defeat (1-0 at Cornellá), which is the only one suffered so far in the championship. A relevant fact is that of the last seven wins away from home, five were 0-1. Though defensive solidity has never ceased to be a strength, Atlético have also shown they have goal threats. Griezmann has 8 goals and 6 assists; second on the scoring side are Correa (6) and Gameiro (5). Points-wise, they have 28 at home and 27 away. And you have to accept most of those points have been built on a fearsome defence - who have only conceded 9 goals all season (the best in the league).

For their own part, Sevilla FC will want to focus all their efforts on the league, where they currently sit in 5th place looking upwards in their Champions League bid. In doing so, they will need to make a statement and take the first step in making the Ramón Sánchez-Pizjuán a fortress (as it has been in the past). With Atlético, Athletic and Valencia the next three visitors (with Real Madrid, Barcelona and Villarreal all still to play in Nervión) there would be no better time to do just that. One thing's for sure: Atlético will not find the same side that fell to a 0-2 loss in the Wanda earlier this season.

With rivals for the Champions League places all still needing to come to the Ramón Sánchez-Pizjuán, there can be no better time to turn Nervión into a fortress once again

Above all, tonight's attractive fixture will be a test of just how far Sevilla have come under Montella. The Italian has the chance to prove his Copa del Rey quarter-final victory was no fluke and that Sevilla are a force to be reckoned with for any La Liga side. With so many huge fixtures on the horizon, a statement now could be worth its weight in gold come the end of the season. With the aim of Champions League qualification still just in touch, it is precisely that - a statement - which Sevilla Football Club needs tonight.